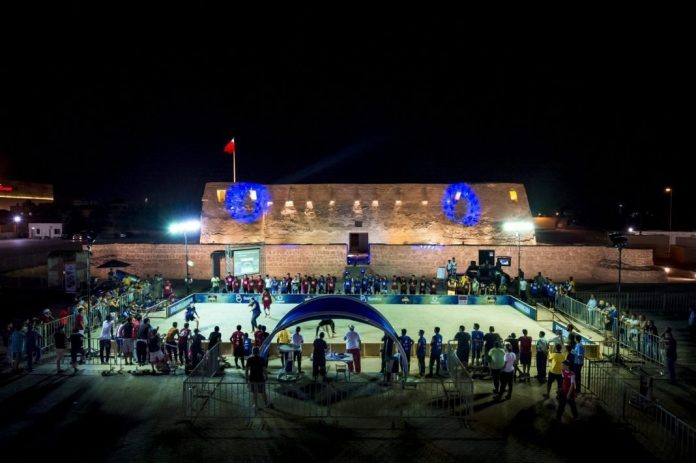 It was not your typical night! It wasn’t your typical football court. On October 31st the best 16 teams that made it through the Red Bull Winning 5 Bahrain qualifiers, went head to head in a final to remember against the picturesque backdrop of the Arad Fort.

Surrounded by cheering fans and friends, the action on the court went up a notch from the moment the referee signaled the start.

Teams gave it their best and impressed the audience with their football moves and techniques.

Al Saqueer team and Al 3ameed emerged to face off in the final round.

After 10 breathtaking minutes, Al 3ameed was declared victor after kicking out all 5 rival participants

Commenting on the win the captain of Al 3ameedd team said: “It was intense. The guys from the other team put up a great game. We’re glad we made it through all the stages. We are already looking forward to next year’s final.”

Red Bull Winning 5 is a Football tournament with a twist comprising of a team of 5 with no goal keeper.

Red Bull Winning 5 Bahrain is in partnership with Batelco, Winners F.C. and BMMI