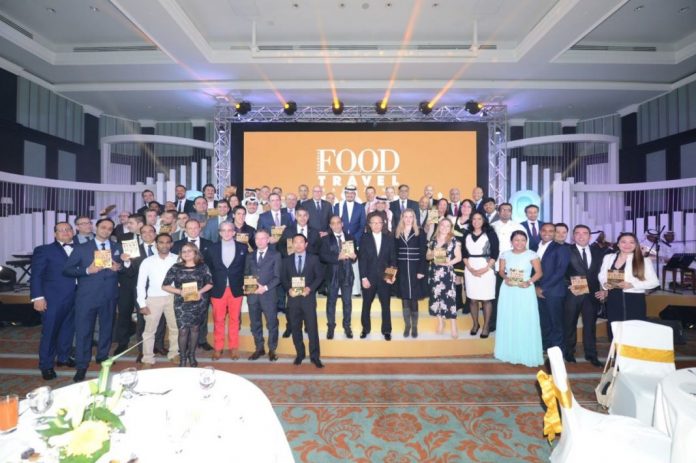 “We are delighted to launch the second edition of this prestigious award which is the ultimate standard for hospitality and travel. Hosting these Awards is a testament of Bahrain’s position as a destination of choice for the best hotels, restaurants and cafes in the region,” His Excellency commented.

“As a nation steeped in history, rich in culture, and a passion for food & hospitality dating back millennia it was only fitting that the world-renowned Food and Travel Magazine and the Bahrain Tourism & Exhibitions Authority once again teamed up to deliver the ultimate standard for Awards in the Kingdom; the prestigious Bahrain Food and Travel Bahrain Awards” he added

“The discerning public have made their voices heard, with over 121,000 votes cast, choosing an elite band of finalists; ensuring the 2017 Food & Travel Bahrain Awards genuinely reflect not only public opinion but expert judgement too; a testament to the depth and quality of our nation’s flourishing hospitality industry, confirming Bahrain’s place on the culinary and tourism map.” observed His Excellency Shaikh Khaled bin Humood Al Khalifa, the Chief Executive Officer of the Bahrain Tourism Exhibitions Authority.

“Food and Travel’s expert panel of hotel and restaurant inspectors have been tirelessly working for the last 12 months reviewing, researching and revisiting the finalists in their exhaustive and unbiased search for perfection.” added Salah Alhaiki, Publisher of Food and Travel Magazine.

The glittering event was attended by the leading lights of the Kingdom’s hospitality industry; the presentation party included an array of distinguished guests including H.E Mr. Zayed R. Alzayani, H.E. Alok Kumar Sinha, Ambassador of the Republic of India to the Kingdom of Bahrain, and H.E Ahmed Rasheed Khattabi, Ambassador of Morocco to the Kingdom of Bahrain, Dr. Bandar bin Fahad Al Fuhaid, the President of Arab Tourism Organization, and H.E Shaikh Khaled bin Humood Al Khalifa, CEO of BTEA.

“I was told by the Chair of the expert panel that once again this was one of the tightest Food and Travel Awards to judge in almost 25 years; with the winner of so many categories being down to additional visits and hot debate before awarding the ultimate accolade of ‘Best in Bahrain’.” said Salah Alhaiki

“Only by rewarding the best, encouraging success and demonstrating excellence can we compete with the international community and these awards have shown that Bahrain has the talent and commitment to achieve both.” Concluded Sheikh Khaled

The 2017 Food and Travel Bahrain Awards ceremony was held on 22nd February 2017 in the Ballroom at the InterContinental Regency Bahrain.

Read more about all the great finalists and winners at bahraintourismawards.com