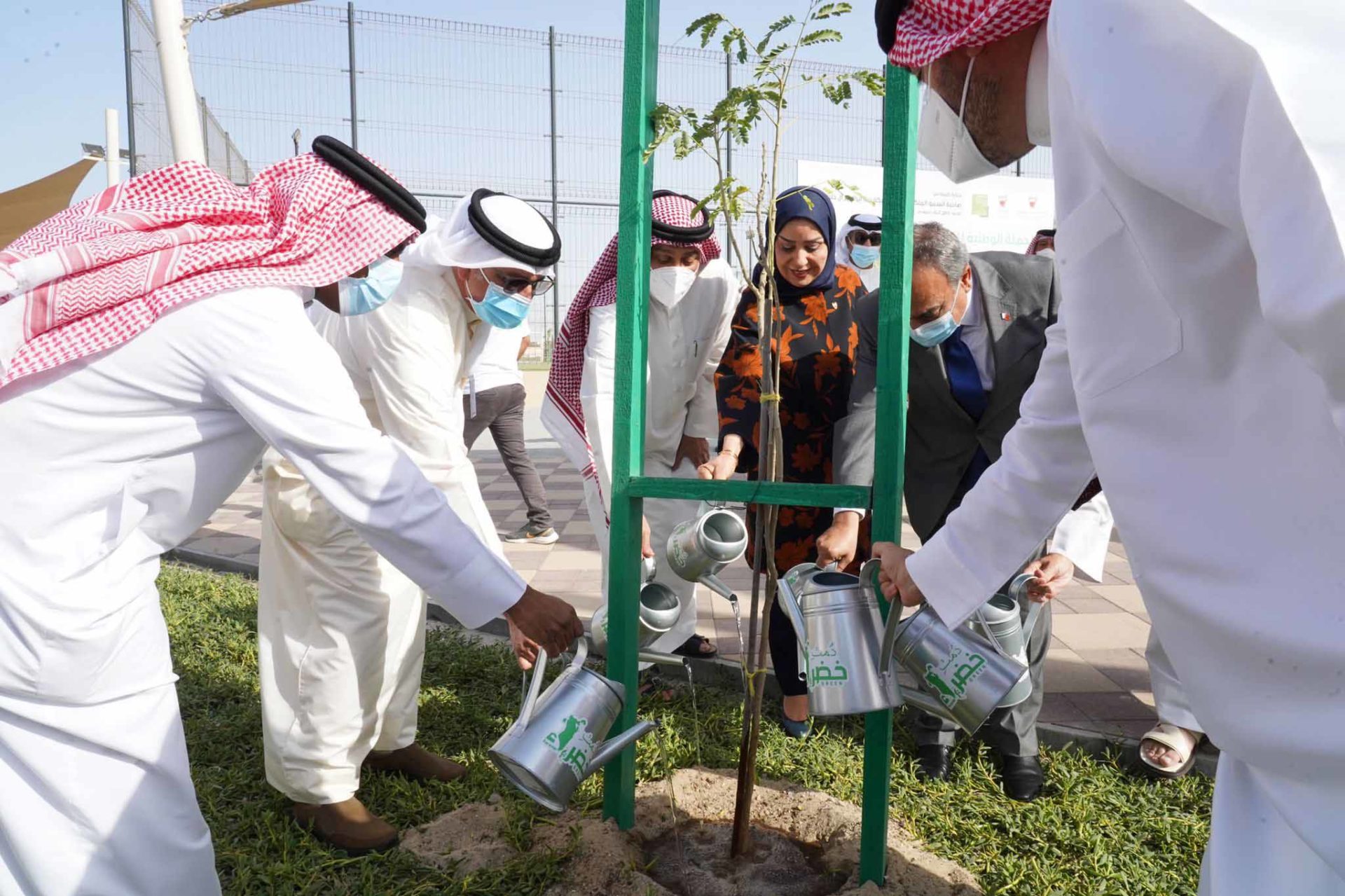 Speaker Fawzia bint Abdullah Zainal participated today in planting trees at the Mohammed bin Faris Park in the Fifth Constituency in the Southern Governorate, as part of the national campaign for afforestation.

The event was a manifestation of joint national action by the National Initiative for Agricultural Development (NIAD), the Ministry of Works, Municipalities Affairs and Urban Planning, and the Supreme Council for the Environment (SCE) with support from STC Bahrain.

It was also an opportunity to complete the Mohammed bin Faris Park development project and to expand the green area in the park and plant shade trees that contribute to improving the environment and reducing temperatures in the surrounding area.

Under the following up of the Speaker, the park has been enhanced with the construction of a playground, restrooms, a walking track, rides for different ages, and sports equipment, in addition to a café, kiosk, a gymnasium and a service building.

“The ministry is keen to provide all the necessary support for the success of the Forever Green campaign,” Khalaf said.

The minister lauded the efforts of the national initiative to develop the agricultural sector, saying it was in line with the ministry’s plans and programs to expand green spaces in various municipal projects, streets and public intersections, within the national plan for afforestation approved by the Cabinet.

Shaikha Maram expressed pride in the steady cooperation with the public, private and civil sectors that reflected how concerted efforts could achieve common purposes that are consistent with Kingdom’s national goals.

The Forever Green campaign was launched on October 20, 2021 under the patronage of Her Royal Highness Princess Sabeeka, Wife of HM the King and President of NIAD’s Consultative Council, to plant more than 50,000 trees and shrubs in 27 sites over 70,000 square meters and 21,000 linear meters across the Kingdom at a cost of more than BD500,000.