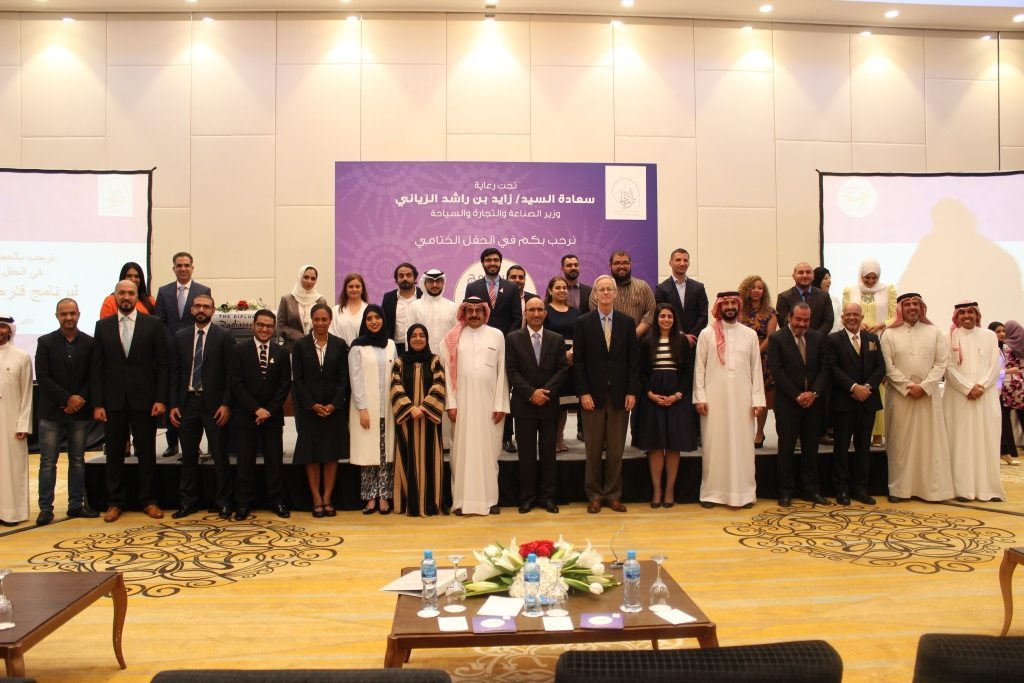 Under the patronage of H.E. Mr. Zayed bin Rashid Al Zayani, Minister of Industry, Commerce and Tourism, and the attendance of the Undersecretary of Industry Affairs Mr. Osama Al Orrayedh, Youth Pioneer Society organized on Monday 16th of May, 2016 the closing ceremony of the 2nd edition of its entrepreneurship development program “Chance 2016” at the Diplomat Radisson Blu Hotel. The ceremony was attended by H.E. US Ambassador to the Kingdom of Bahrain, Mr. William V. Roebuck and representatives of various private organizations and government entities in the Kingdom.

The ceremony commenced with a speech by the Undersecretary of Industry Affairs Mr. Osama Al Orrayedh, where he said: “Chance Program 2016 is considered as one of the programs that are given the total attention by the Ministry of Industry, Commerce, & Tourism as it coincide with the Ministry’s strategy and vision of enhancing and developing the entrepreneurship spirit within the Bahraini ambitious Youth and transforming the business ideas to sustainable projects that has a promising future which can reflect on the economic aspect in particular and on the national one in general”.

Then the US Ambassador to the Kingdom of Bahrain delivered a speech on this occasion, and told the program participants, “Your dreams, and your drive to turn them into reality, have the potential to transform the Bahraini economy and change all of our lives for the better.”

A short film showing the various stages of the program was presented, followed with the announcement of the top three winners in the program who presented their business projects to the audience.

The ceremony was concluded after the Minister of Industry, Commerce and Tourism, H.E. Mr. Zayed bin Rashid Al Zayani awarded the top three winners along with all participants who successfully completed the program, as well as the program’s strategic and media partners. Additionally, Mr. Bashar Fakhro, Chairman of the Youth Pioneer Society and Ms. Amira Mahmoud, the program director, extended their appreciation and awarded the program’s success partners and the organizing team.

It is worth mentioning that the 2nd edition of the program has received significant participation by entrepreneurs and industry specialists who participated in the judging committees for application interviews, market research presentations, and business plans evaluation, in addition to various workshops and lectures throughout the three stages of the program, where they witnessed the development of the submitted projects in which 14 participants has been qualified and 11 business plans was presented to the final judging committee.

The program director, Ms. Amira Mahmoud, said that “The Chance 2016 program this year was over four months and included three stages. It contained a number of workshops through which participants learnt the basics of entrepreneurship, mechanism of conducting market research, and preparation of business plans, as well as the crucial presentation skills.”

She pointed out that the program introduced the participants to business-supporting entities in Bahrain, the principles of marketing communications, financial management, business branding, marketing strategy, and technology in entrepreneurship, in addition to the role of entrepreneurs in bringing about positive change to the communities. She emphasis that the program has strengthened its position in its second edition, through its strategic partnership with Tamkeen, the Bahrain Development Bank, Zain Bahrain, Capital Knowledge, and grant program at the US Embassy in Bahrain, and also through its media partnership media with Al-Watan newspaper, the Gulf Daily News, Bahrain This Week, Shabaka TV, Startup Bahrain, and Mievento Creative Hub.