Bahrain This Week
Facebook
Twitter
Pinterest
WhatsApp
Linkedin
A massive expansion from the Middle Eastern based global promotion (Brave Combat Federation) is expected with the start of the new year.
Brave Combat Federation had previously announced going international after conducting two successful events on home soil. Brave officials confirmed that the promotion will open up its year with an event in Curitiba, Brazil and has great expansion plans in the Middle East.
“I believe 2017 marks the beginning of a long and fruitful journey to bring Brave Combat Federation to the rest of the world,” Brave CF President Mohamed Shahid said in a press release.  We have the confidence and belief in the value that Brave can bring to the MMA scene. With the expertise, resources and contacts we have built, its only a matter of time and hard work.  This expansion will unlock additional markets and opportunities for Brave Combat Federation.”
Growth in the Middle East is a goal for many regional promotions because of the substantial un tapped population and potential for exponential financial success. Global promotions are very interested in making moves in the market and will be attempting that with force. This will not be an easy tasks.
Brave has already held 2 events in Bahrain, including one three weeks ago in Isa Town. The plan is for more this year and in the future. His Highness Shaikh Khalid Bin Hamad Al Khalifa’s support will be a big part of that. The company is financially firm under KHK that focuses on growth-oriented Bahraini based companies.
“We believe Brave Combat Federation will potentially be the next big thing for consumers in Middle East,” BRAVE President Mohamed Shahid said. “We have the right product for the region, we understand it more than anyone. We are really excited to see BRAVE taking the lead in the coming years to grow the sports media and entertainment industry on a global level.” 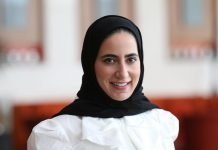 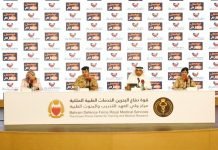