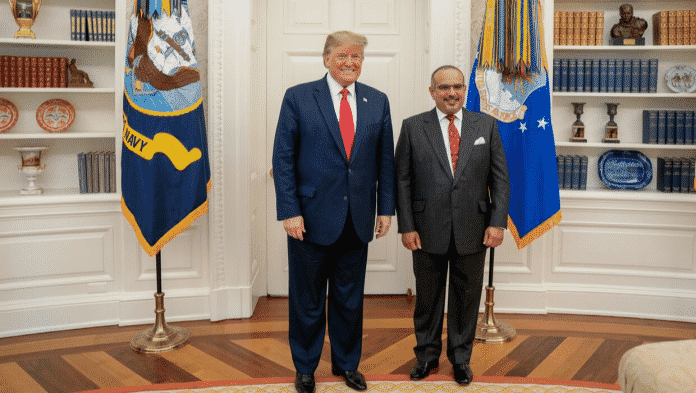 The President emphasised HRH Crown Prince and Bahrain are great friends of the United States of America. United States was always going to stand with Bahrain and this was highlighted by the tremendous security, economic and trade relationships. Relationships that he added had never been stronger than now. 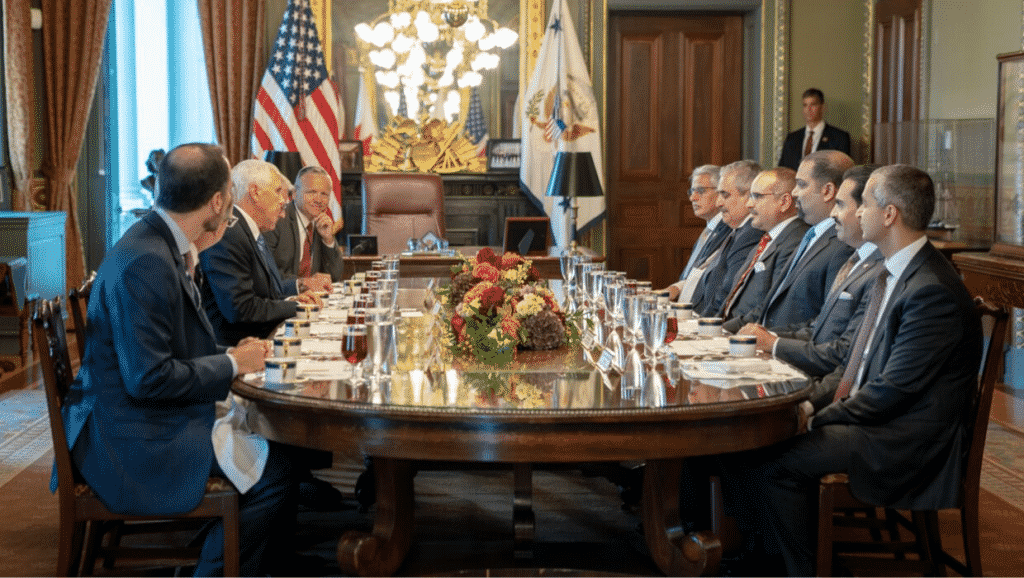 The Crown Prince noted that the longstanding relationship between Bahrain and the U.S. is based on defence initiatives, trade agreements and cultural bonds, which support the security and economic prosperity of both countries. He stressed the importance these discussions in further enhancing security and trade cooperation.

HRH and President Trump then discussed strategies to maintain security in the Arabian Gulf, emphasising the importance of countering those who would seek to undermine stability in the region and further afield.

Bahrain and the U.S. have been close partners for over one hundred years that continued bilateral cooperation essential in order to meet the world’s economic and security challenges. Bahrain and the U.S. are fully aligned on a number of key issues, including the need to counter destabilising activities in the region and further afield.

HRH the Crown Prince also met with the Mike Pence, Vice President of the United States. HRH Crown Prince hailed the enduring strength of Bahrain – U.S. relations, noting that the partnership is based on close security, trade and cultural ties.

HRH the Crown Prince stressed the importance of maintaining this key alliance in the face of continued threats, both in the Arabian Gulf region and internationally.

HRH pointed to Bahrain’s long track record in the fight against extremism and terrorism.

As an action essential to continued regional stability and economic development, His Royal Highness and the Vice President signed an agreement to acquire Patriot surface-to-air missile system equipment for Bahrain, which will form a vital component of the Bahrain Defence Force’s combat readiness strategy. 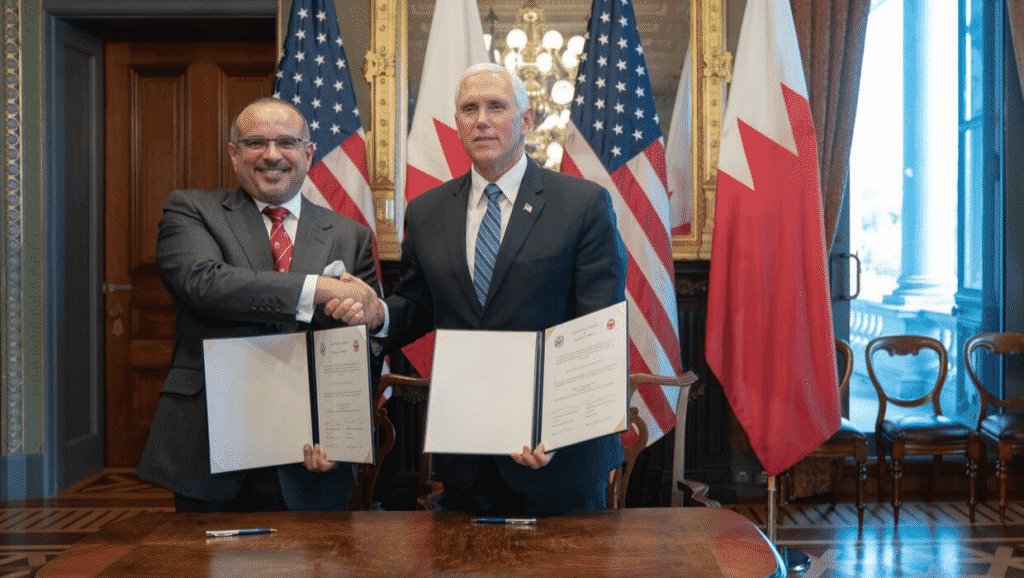 The Vice President of the United States then held a lunch banquet in honour of HRH the Crown Prince, where he lauded Bahrain’s contributions towards promoting peace in the region, maritime security, and countering terrorism.

HRH the Crown Prince later met with met with the United States Secretary of Defence, Mark Thomas Esper, at the Pentagon.and acknowledged the key role played by the United States and its allies in maintaining peace and security in the Arabian Gulf region. He highlighted that continued defence coordination and collaboration represents a cornerstone of the strategic partnership between Bahrain and the United States.

His Royal Highness pointed out that Bahrain has hosted the United States’ Fifth Fleet in the Arabian Gulf region since 1947, a continual reminder of the long-standing and mutually supportive partnership between the two countries. Kingdom’s role in the development of

a maritime taskforce to better protect shipping in the Arabian Gulf, a clear example of how Bahrain-US collaboration is supporting regional stability.

Mark T Esper also expressed appreciation to Prince Salman for hosting the U.S. Fifth Fleet and U.S. forces in Bahrain, and for their partnership in the International Maritime Security Construct to protection freedom of navigation in critical waterways.

His Royal Highness stressed the importance of collaboration and coordination to confront those who seek to undermine security and sow seeds of discord both regionally and internationally. He reaffirmed reaffirm the Kingdom of Bahrain’s commitment to further strengthening the bilateral relationship by developing ever closer security, trade and cultural ties. 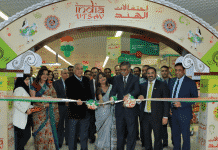 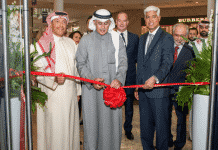 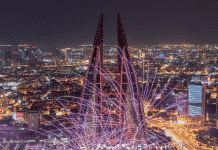