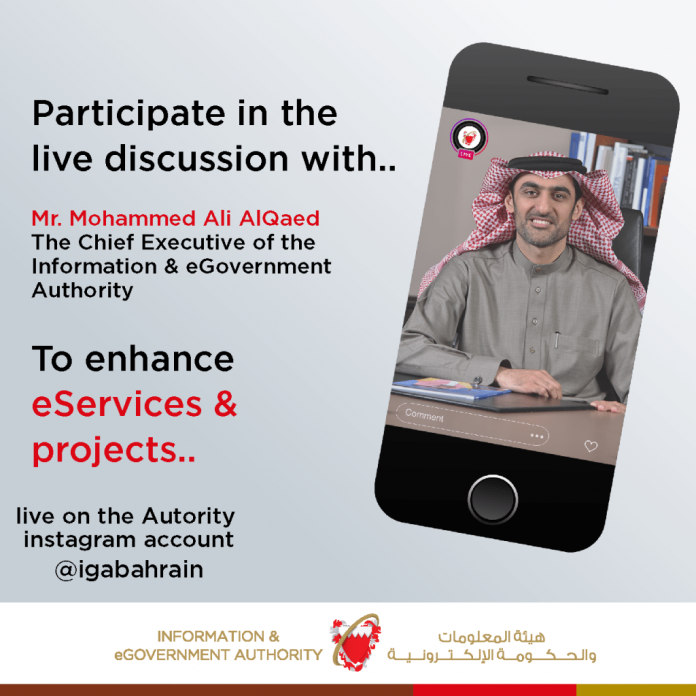 Active Participation with iGA through the Live Broadcast

The Information & eGovernment Authority (iGA) received a number of active and productive participations by the public through the live broadcast via InstaLive with authority’s CE Mr. Mohammed Ali AlQaed. iGA was pleased with the interaction and communication of the audience given the positive feedback regarding the initiative that has been launched for the first time in the Kingdom of Bahrain with a government entity’s head by directly and spontaneously communicating with the public via social media.

In this regard, AlQaed praised the wise leadership directives which always directs to listen to citizens. He calls everyone to continue to post the issues they desire to address as comments will be published via the Blog’s page on the national eGovernment portal (Bahrain.bh). The Blog will be active up until 21st of August 2017 so as to receive more comments regarding the eServices and eTransformation projects.

The authority is prepared to activate such initiative with various governmental entities for their senior official heads who desire to directly interact with the public.