While digital services are exploding in popularity,...
Sports This WeekAFC president hails the Asian football community 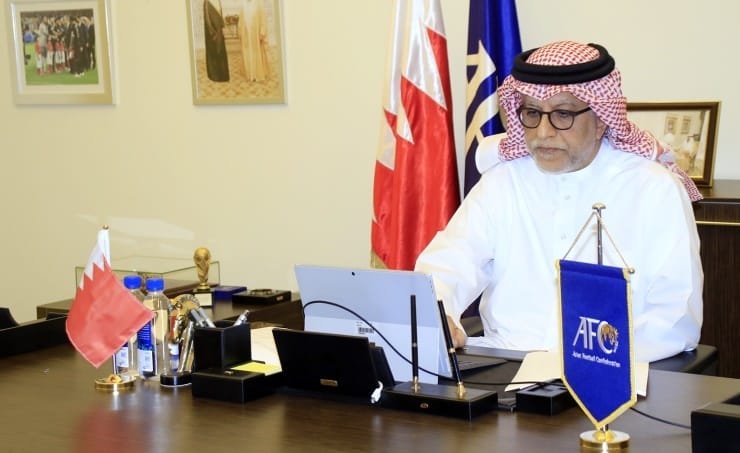 Asian Football Confederation (AFC) President, FIFA Vice President, Shaikh Salman bin Ibrahim Al-Khalifa chaired the executive committee’s meeting online and praised all member Associations for the way that they had contributed to the health and wellbeing of their communities during the recent crisis.

The AFC President was joined by the Executive Committee in offering his congratulations to the Football Federation Australia (FFA) on the success of their joint bid with New Zealand Football (NZF) to be the first cross-Confederation hosts of any FIFA competition – the FIFA Women’s World Cup in 2023.

Shaikh Salman said: “It was a historic bid but most importantly it was the strongest bid. The FIFA Evaluation Report scored it 4.1 out of 5 and Colombia 2.8. If we are to commission these reports, then the Council, I felt, was duty bound to follow the recommendations.

“I am delighted that CAF and CONCACAF – as well as the FIFA President – joined with all the AFC and OFC FIFA Council Members in upholding that belief and voting for Australia/New Zealand. Congratulations to FFA and to all those involved. I am sure that the FIFA Women’s World Cup in 2023 will be the greatest yet.

“But while congratulating FFA we must also personally thank Kohzo Tashima and the Japan FA for their outstanding act of solidarity, sportsmanship and fair-play to ensure a success for the AFC/OFC bid. So, we should show our gratitude to both FFA and JFA.”

The AFC President also reflected on the fact that Asia will now be the focus of world football in the coming years: “Asia can look forward to hosting not only the FIFA World Cup but the FIFA Women’s World Cup in Australia and New Zealand in 2023 and the FIFA Club World Cup in the People’s Republic of China in the near future.

“Then next year Asia will welcome not only the Olympic football tournament in Tokyo but the FIFA Women’s U-17 World Cup in India and the FIFA U-20 World Cup in Indonesia. The focus of world football will be on Asia and I know that we can deliver.”

Finally, while accepting the economic as well as medical issues faced at this time, the Executive Committee expressed their confidence that the remaining AFC competitions – club and national team – would be completed in 2020 – where safe to do so. The AFC President thanked the Member Associations which have offered to host centralised groups.

Shaikh Salman added: “Like so many industries, football has faced some challenging times but there is encouraging news as we review the interest registered in the MENA broadcast rights.”