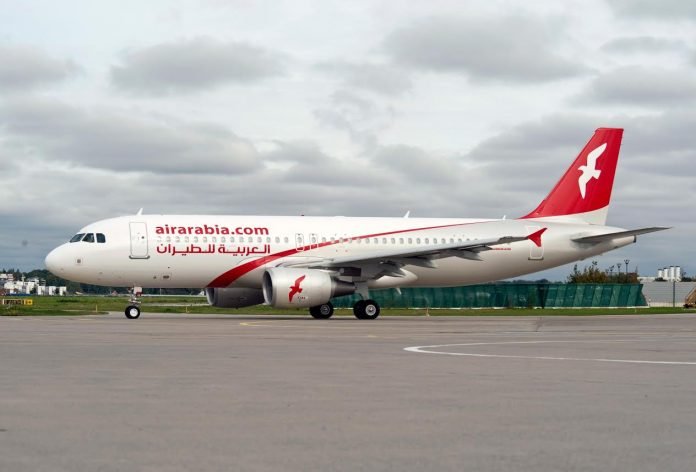 Air Arabia’s net profit for the full year ending December 31, 2016 was AED 509 million, a 4 per cent lower than 2015 figure of AED 531 million. Turnover for the full year 2016 was in line with the preceding 12 months reaching AED 3.8 billion. More than 8.4 million passengers flew with Air Arabia in 2016, a 12 per cent year-on-year increase. The average seat load factor – or passengers carried as a percentage of available seats – in 2016 stood at an impressive 79 per cent.

Following its solid full year 2016 performance, Air Arabia’s Board of Directors proposed a dividend distribution of 7 per cent of share capital, which is equivalent to 7 fils per share. This proposal was made following a meeting of the board of directors of Air Arabia and is subject to ratification by Air Arabia’s shareholders at the company’s upcoming Annual General Meeting.

Air Arabia added 9 new routes to its global network in 2016 from its five operating hubs in the UAE, Morocco, Egypt and Jordan. The carrier took delivery of 7 new aircraft and ended the year with a fleet of 46 Airbus A320 aircraft operating to 124 routes across the Middle East, Africa, Asia and Europe.

In the fourth quarter of 2016, Air Arabia reported a net loss of AED 33 million despite maintaining a strong average seat load factor of 80%. Turnover for the three months ending December 31, 2016 was AED 814 million, a drop of 15 per cent compared to AED 956 million in the same period in 2015. Air Arabia flew 2.1 million passengers in the final quarter of 2016, an increase of 6% on the corresponding 2015 figure.

“The fourth quarter of 2016 was impacted by deteriorating yield margins that the industry in general and the Middle East region in particular is witnessing” Sheikh  Abdullah Bin Mohammad Al Thani continued: “The solid operating metrics and high seat load factor that Air Arabia achieved in the fourth quarter were impacted by continuous drop in yield margins as a result of the overcapacity deployed in the market and the slow growth environment in major economic hubs”.

He added: “As the market conditions continue to be challenging, Air Arabia will continue to drive its business by a clear strategy for organic growth and supported by strong measures to continue driving operating expenses lower. Above all, we will remain focused on delivering innovative value driven services to our customers allowing them to travel more often to more places”.

Air Arabia was ranked 3rd among top 50 airlines in the world in 2016 by Airfinance Journal. The carrier was also named “Best Low-cost Airline serving the Middle East” at the Business Traveller Middle East 2016 Awards as well as “Best Value Leisure Product Award’ at Travel Trade Fair Pune in India. The carrier Chief Executive Officer was also named “Airline CEO of the Year” at the prestigious CEO Middle East Awards 2016.  The carriers corporate social responsibility program “Charity Cloud” was also recognized once again in 2016 by winning the “Initiative of the Year” award.

Calling all quiz enthusiasts... the wait is over! Star Plus, the region’s leading television channel, is proud to announce the commencement of the 10th...
Inside Arabia

Gulf Air, the national carrier of the Kingdom of Bahrain, announces that it has resumed its direct flights to and from Amman’s Queen Alia...
iGA