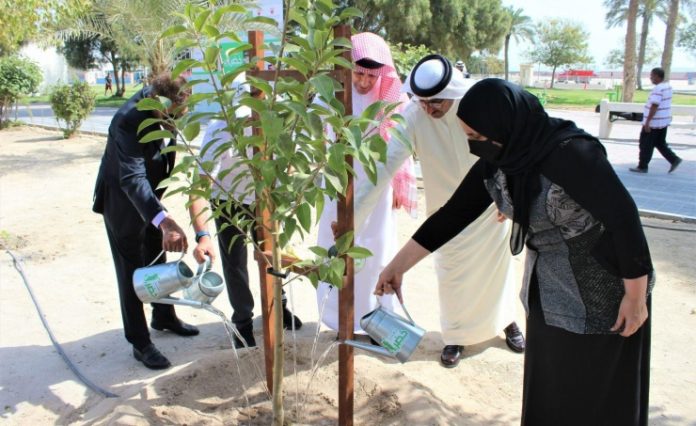 The National Initiative for Agricultural Development (NIAD) has overseen the plantation of trees and seedlings alongside the eastern part of Al Fateh Corniche with support from the Gulf International Bank (GIB).

Under the initiative, part of the Forever Green campaign,180 poinciana, acacia and neem trees as well as Ficus and Jatropha trees were planted, to provide the Manama corniche with a beautiful landscape and a healthy environment and expand the green area in Bahrain.

The Forever Green campaign seeks to plant trees and shrubs in 22 locations across Bahrain through a public-private partnership, involving individuals, institutions and the community to support national efforts to expand green spaces in the Kingdom and contribute to the fight against climate change.

It was launched under the patronage of Her Royal Highness Princess Sabeeka bint Ibrahim Al Khalifa, wife of His Majesty King Hamad bin Isa Al Khalifa and Chairperson of the National Initiative for Agricultural Development.

Under this initiative, tree afforestation projects were launched in the four governorates of the Kingdom by planting more than 50,000 trees and shrubs on an area of more than 70,000 square meters and more than 21,000 linear meters during the first phase.