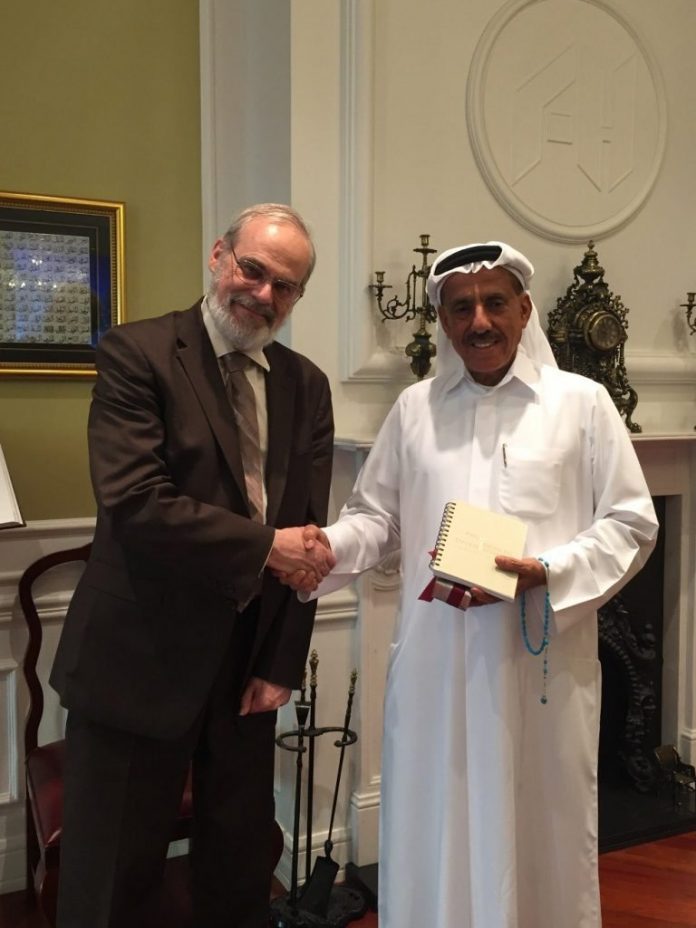 Khalaf Ahmad Al Habtoor, Chairman of the Al Habtoor #Group held #talks with Professor Eric Grimson, Chancellor for Academic Advancement from Massachusetts Institute of Technology (#MIT) at the Al Habtoor Group head office on Monday October 19, 2015. Professor Grimson, who came on a courtesy visit to see the Chairman, told Al Habtoor about the latest innovation in research and education at MIT – one of the world’s leading universities.

Al Habtoor praised MIT’s cutting edge technology and most recent research, which includes water sustainability, food security, energy and health. “MIT has produced some of the brightest thinkers and researchers in the world. The innovations being made for early detection of cancer, treatment of diabetes or chronic cancer conditions is phenomenal,” he said.

Professor Grimson, who has been at MIT for nearly 40 years said, “The MIT worldview is that no problem is too big. That is why our President, L. Rafael Reif, has set a goal to educate a billion people across the world. We are currently implementing online education tools that are changing the way students learn and instructors teach. To give you an example, our ‘MOOC’ [Massive Open Online Course] has reached over three million people, including those in remote areas of the world, who now thanks to our innovative programme, have opportunity to access world-class education.”