Cultural Asanas involve static stretching, which bring...
SocietyPR This WeekAl-Hawaj honors the members of the National Coronavirus Task Force and their mothers.

Al-Hawaj honors the members of the National Coronavirus Task Force and their mothers. 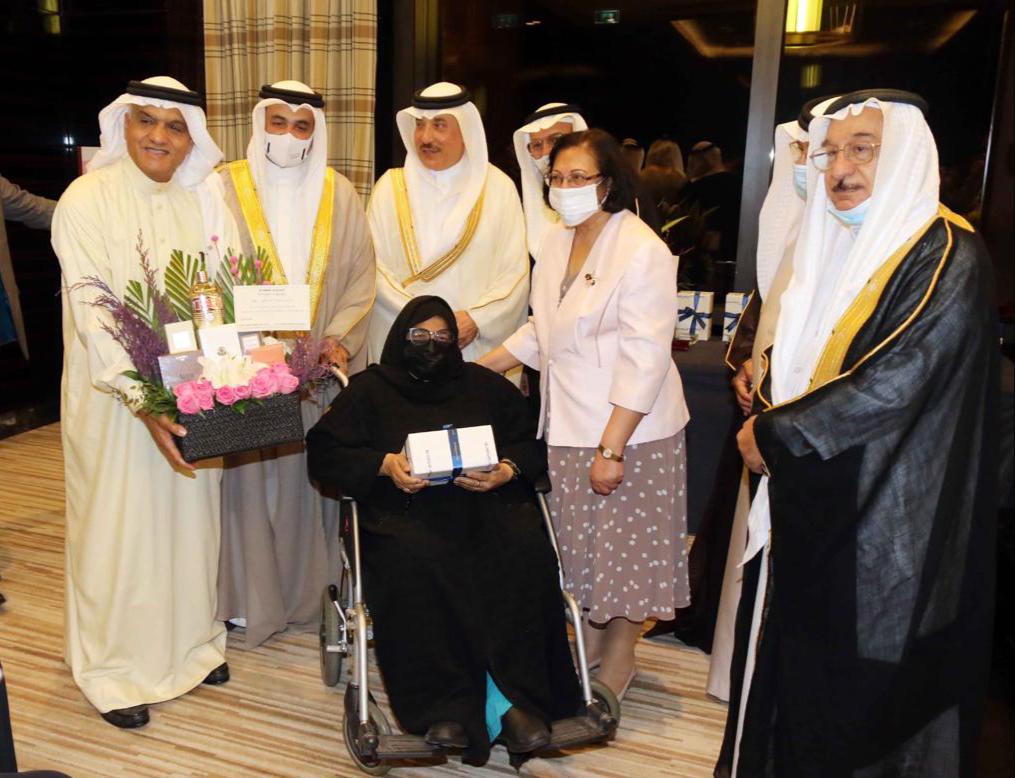 The Al-Hawaj Group held a prestigious ceremony at the Four Seasons Hotel to commemorate the winners of the ‘I Love My Mom’ Contest, under the generous patronage of Her Excellency Ms. Faeqa bint Saeed Al-Saleh, Minister of Health. They were honored by the presence of HE Mr. Jameel bin Mohammed Ali Humaidan Minister of Labour and Social Development, as well as Mr. Ali bin Al Shaikh Abdul Hussain Al Asfoor, Governor of the Northern Governorate, and the popular Kuwaiti actor Dawood Hussein, who attended especially for this occasion. In addition, several ambassadors, journalists, media professionals and public figures were present to conclude the ‘I Love My Mom’ Contest held in all Hawaj branches.

The ceremony was held to honor National Coronavirus Task Force: Dr. Waleed Khalifa Al Manea, Dr. Manaf Al-Qahtani, Dr. Jameela Al-Salman, and their mothers for supporting them throughout their journey to success as Bahraini doctors.

The evening commenced with a welcome speech from Mr. Jawad Al-Hawaj, Chairman of the Board of Directors, followed by the Minister of Health, who expressed her love and appreciation for this program and its celebration, launched by the Al-Hawaj Group- an unsurprising feat for the long-standing success of the Al-Hawaj family, who have upheld human values within society.

Additionally, the Minister of Labour and Social Development gave a speech in which he expressed his gratitude to the Al-Hawaj family and stressed the importance of family and the role of a mother in our lives.

Ultimately, Mr. Abdul Wahab Al-Hawaj thanked the honorable attendees for their kind words, highlighting the importance of mothers and their role. He proceeded to invite the jury, consisting of Dr. Mustafa Al-Sayed, Ahdiya Ahmed, Anwar Ahmed, writer Yousif Salah Al Deen, Mr, Shyam Narayanan, and Dawood Hussain, to the stage. The popular actor Dawood Hussain expressed his love for the Kingdom of Bahrain, his great respect for the Al-Hawaj family, and his appreciation for the role of mothers in a heartfelt speech. Towards the end, the committee announced the names of the winners and read the winning messages.

The Al-Hawaj family concluded the ceremony honoring and thanking Her Excellency Ms. Faeqa Al-Saleh for her attendance and her efforts to raise the standards of public health in the Kingdom of Bahrain. The Al-Hawaj family also gifted His Excellency Mr. Jameel Humaidan, Minister of Labor, with thanks and appreciation for his gracious presence.