It is interesting to note how food...
SocietyPR This WeekAl Salam Bank Donates BD 10,000 to the Royal Humanitarian Foundation 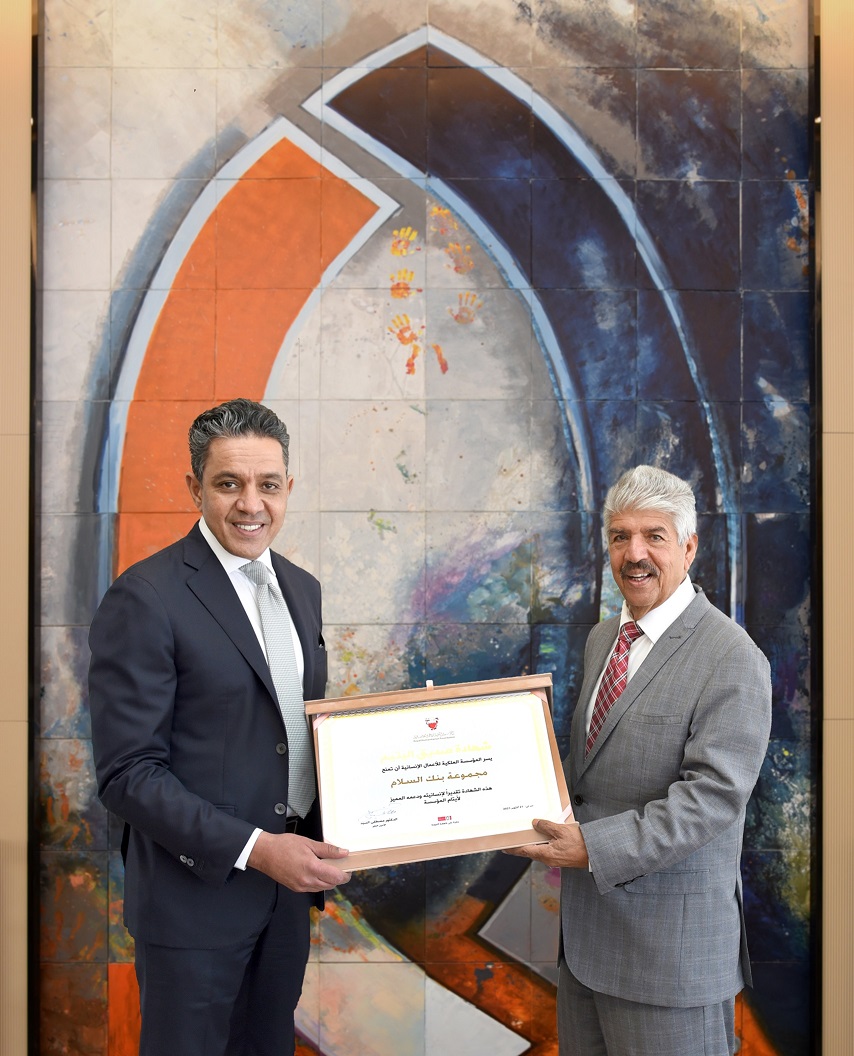 Al Salam Bank recently announced that the total sum donated to the Royal Humanitarian Foundation (RHF) as a result of its first activation launched under its Corporate Social Responsibly (CSR) platform, Al Salam Helping Hands, amounted to BD 10,000. Held in collaboration with the local Bahraini artist, Abbas Al Mosawi, the community-led initiative comprised several art pop-ups at key locations involving the Bank’s employees, clients, and the entire Bahraini community and public at large; enabling the artist to curate all the artistic contributions into a final piece. For every participation, Al Salam Bank donated an equivalent BD 1 to RHF.

The final painting curated by Abbas Al Mosawi, which was unravelled on the face of the Bank’s headquarters last year, served as a creative announcement for the Bank’s new refreshed logo featuring its new brand colour palette. The entire activation was hosted as part of Al Salam Bank’s rebranding campaign in order to reflect the Bank’s newly formed Brand DNA and future ready vision.

Al Salam’s Helping Hands activation was thereafter wrapped up by a gallery exhibition displayed at the City Centre Bahrain, as well as the reception of Bank’s new headquarters; featuring all of the community art pieces wherein all the proceeds of the pieces sold were also donated to RHF. The galleries also featured contemporary pieces designed by the local Bahraini brand, Annada, immortalizing the Bank’s art collaboration with Abbas Al-Mosawi, in the form of scarves, abayas, shirts, neckties, and other interior home items.

Rafik Nayed, the Group Chief Executive Officer of Al Salam Bank revealed, “We are incredibly proud to embark on our partnership with RHF for our first Al Salam Helping Hands activation, which involved our employees and the entire Bahraini community at large to celebrate the Bank’s new human-centered values, Brand DNA, and new strategic direction. In line with our ethos of giving back for the greater good, this activation had been launched full circle, starting and ending with the Bahraini community. The proceeds have gone towards contributing to Foundation’s unwavering support of essential social relief initiatives and its future ambitions, ushering in much-needed relief for communities in need.”On his end, Dr. Mustafa Al Sayed, the Secretary-General of the Royal Humanitarian Foundation (RHF), praised Al Salam Bank’s longstanding support towards the Kingdom’s community projects, and its drive towards supporting the Foundation’s ongoing pipeline of humanitarian projects, which include the provision of humanitarian relief and aid, and philanthropic ventures towards people and communities of fraternal and friendly nations.

Since its establishment the RHF has consistently dedicated its support to various community causes including orphan care, educational support, the purchase of medical equipment, cancer patient treatment, and overseas humanitarian crises. Known for its Humanitarian and Charity Work, the Foundation seeks to carry out charitable and philanthropic works, as well as undertake a leading humanitarian, social and economic role for the benefit of citizens, thereby contributing to the development of a spirit of solidarity to promote a culture of philanthropy and support toward communities of need across the Kingdom.