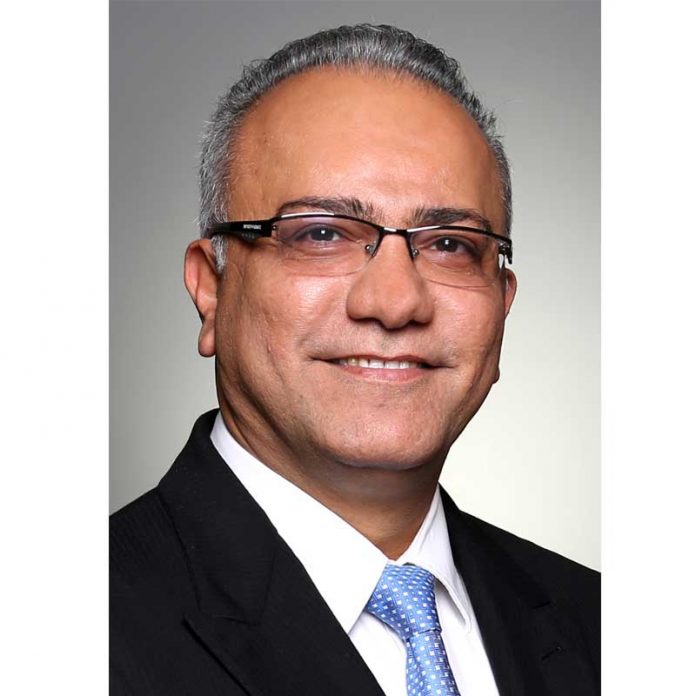 Aluminium Bahrain B.S.C (Alba), the Bahrain-based international aluminium smelter, announced the appointment of Ali Al Baqali as the Deputy Chief Executive Officer (CEO) and Chief Supply Chain Officer with immediate effect during the Alba Board of Directors meeting on September 27, 2017 at Alba.

Ali, a Bahraini national, is an Alba veteran with nearly two decades of service in different roles with the Company. As the Deputy CEO and Chief Supply Chain Officer, Ali will be crucial in driving Alba’s growth strategy in terms of upstream development.

“Ali’s journey to the chief position is a shining example of Alba’s commitment to harness the true potential of its people and promote from within.

Ali joined Alba in 1998 as a Purchasing Officer and was promoted in 2010 as the Manager of Procurement and Warehousing. In October 2012, he was appointed as the acting Chief Finance & Supply Officer and in June 2013, Ali was announced as the Chief Financial Officer for Alba.

Ali holds an MBA from ESSEC University through the French Arabian Business School, Bahrain. He is also a Professional member of the Chartered Institute of Purchasing & Supply (CIPS), UK.

Aluminium Bahrain B.S.C. (Alba) – one of the largest and modern aluminium smelters in the world – is renowned for its premium grade aluminium products, technological strength and innovative policies, strict environmental guidelines and high track record for safety. Established in 1971 as a 120,000 tonnes per annum smelter, Alba today produces more than 971,000 metric tonnes per annum of the highest grade aluminium, with products including standard and T-ingots, extrusion billets, rolling slab, properzi ingots, and molten aluminium.

Alba is listed on both the Bahrain Bourse and London Stock Exchange, and the Company’s shareholders are Bahrain Mumtalakat Holding Company (69.38%), SABIC Industrial Investment Company (20.62%) and the General Public (10%).

Alba’s Line 6 Expansion Project is one of the largest brownfield developments in the region. Expected to begin production by January 1st 2019, this Project will boost the smelter’s per-annum production by 540,000 metric tonnes, bringing its total production capacity to 1.5 million metric tonnes per year.

With a CAPEX of approximately US$ 3 billion, the Line 6 Expansion Project involves the construction of a sixth pot line utilising EGA’s proprietary DX+ Ultra Technology, a 1,792 MW power station and other industrial services.

Bechtel is the EPCM contractor for the Line 6 Expansion Project smelter. For Power Station 5 (PS 5), GE and GAMA Consortium was awarded the EPC contract, while Siemens is the Power Distribution System contractor.  J.P. Morgan, Gulf International Bank (GIB) and National Bank of Bahrain (NBB) are the Financial Advisors for this Project.

In June 2015, Alba Board approved the Line 6 Expansion Project and in November 2015, Alba secured the natural gas supply for this Project.

Alba successfully closed a US$ 1.5 Billion syndicated term-loan facility comprising two tranches: Conventional Facility & and Islamic Facility in October 2016 as well as c. US$ 700 million Export Credit Financing (Euler Hermes and SERV-covered facilities) in July 2017. The Company is looking to secure the second tranche of the Export Credit Agency (ECAs) within the second half of 2017.

The Front End Engineering Design (FEED) study for the Project was completed in the first quarter of 2017 while the construction site-works have started in the second quarter of 2017 and will be completed by September 2017.  Alba has laid the First Concrete in Potline 6 Foundation in May 2017 wherein the concrete foundations will reach 85,000 m3 upon completion by December 2018.

The Line 6 Expansion Project will make Alba the world’s largest single-site aluminium smelter and be a significant economic boost for the Kingdom of Bahrain due to the many co-investment opportunities through local and foreign aluminium investments.

stc Bahrain, a world-class digital enabler, is the first telecom operator in Bahrain to venture into Roadside Assistance and Home Assistance services, expanding its...
Spotlight