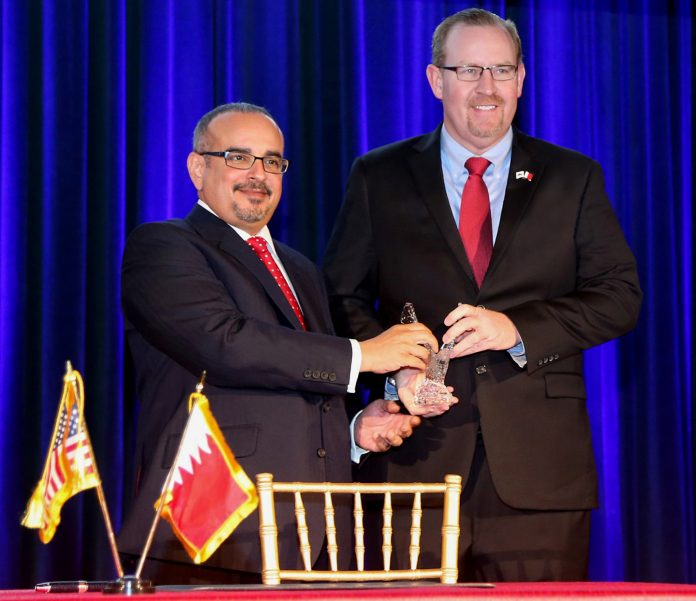 Aluminium Bahrain B.S.C. (Alba), the Bahrain-based international aluminium smelter, is proud to be the recipient of the inaugural Bahrain-US Free Trade Agreement (FTA) Award by Bahrain’s Economic Development Board (EDB) in cooperation with the American Chamber of Commerce and the US Bahrain Business Council during the reception organised in Washington, D.C., USA on Thursday 30 November 2017.

“We greatly appreciate the Leadership of the Kingdom of Bahrain for their unwavering commitment towards nurturing bilateral trade ties that will boost the Kingdom’s economic progress.

Alba is truly proud to be the recipient of the inaugural Bahrain-US FTA Award at this historical event, which recognises the efforts of the Kingdom of Bahrain towards bolstering US-Bahrain business ties.”

Bahrain-US FTA Annual Award aims to distinguish the American and Bahraini companies that are part of the FTA between the two countries.