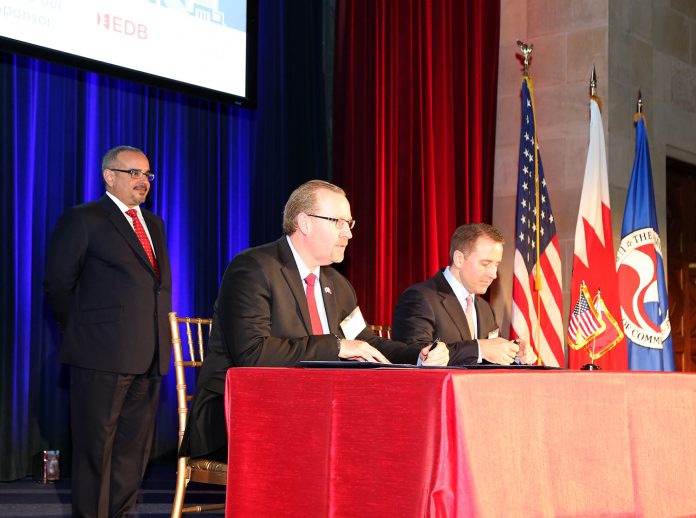 The addition of fourth block of GE 9HA GT at PS 5 will further increase the power efficiency and output of PS 5.

His Royal Highness Prince Salman bin Hamad Al Khalifa, the Crown Prince, Deputy Supreme Commander and First Deputy Prime Minister has last week attended the signing ceremony for an MoU between Alba and General Electric Gas Power Systems (GE). The MoU was signed during a reception organised by the Bahrain Economic Development Board (EDB) in collaboration with American Chamber of Commerce and the U.S.-Bahrain Business Council in Washington DC. Other cross-sector trade agreements were also signed between Bahrain and U.S. companies during the reception.

“We are proud that Alba is transforming power generation in the aluminium smelting industry by becoming the first smelter in the world to install the GE 9HA technology at      PS 5. This cutting-edge technology will further align us with the goals of the Kingdom’s Economic Vision 2030. Alba’s partnership with GE through this MoU will strengthen our position as an environmentally responsible smelter.”

GE and GAMA Consortium is the Engineering, Procurement and Construction (EPC) contractor for its Power Station (PS 5).