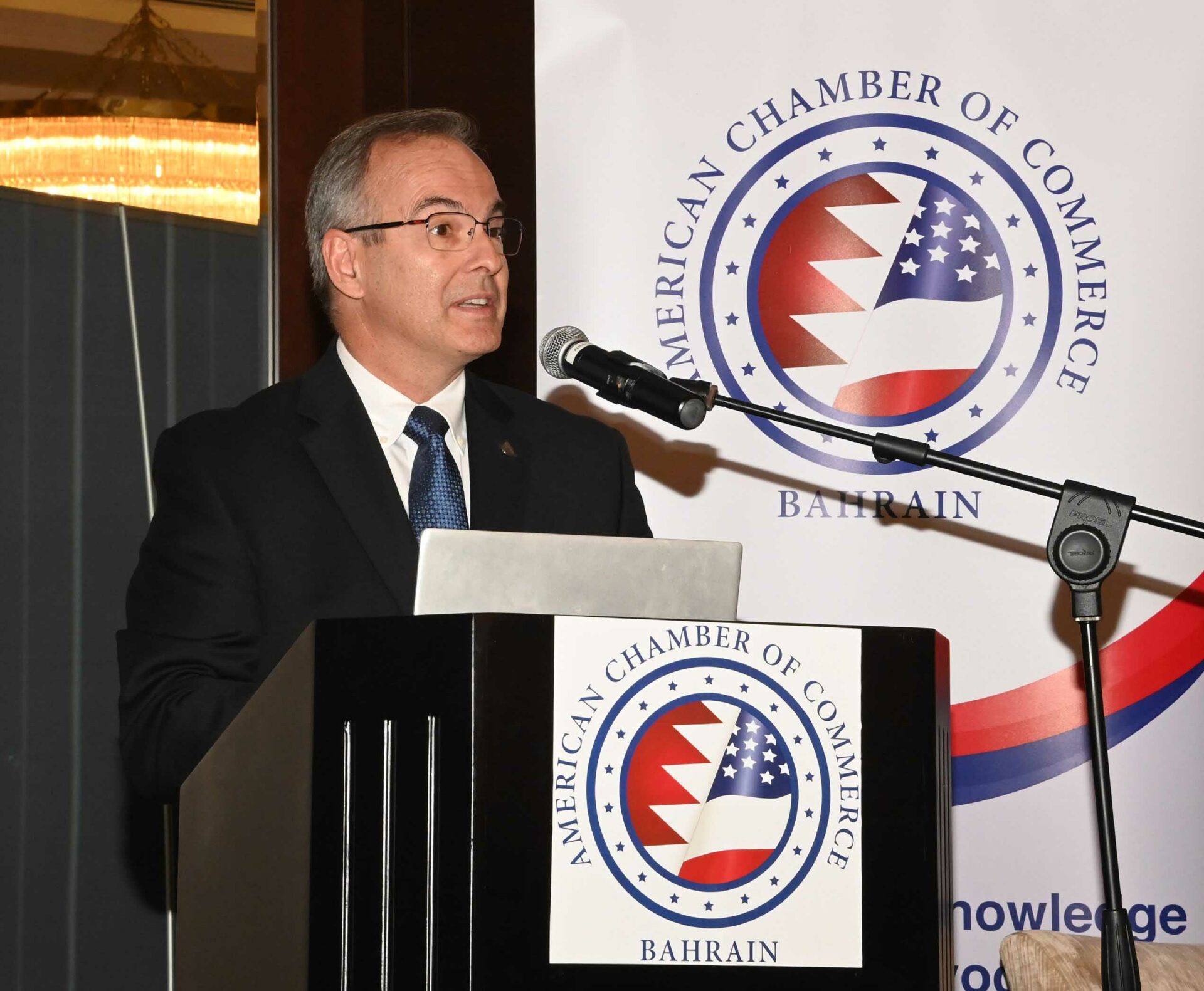 The American Chamber of Commerce Bahrain (AmCham) hosted the Group CEO of the Oil and Gas Holding Company B.S.C. (nogaholding), Mr. Mark Thomas, as a guest speaker at its September Business Networking Luncheon.

Mr. Thomas presented the state of the energy sector in the Kingdom of Bahrain and nogaholding’s ambitious plans to move into a more sustainable energy production model, in line with the Kingdom’s Vision 2030. He also discussed the Group’s role in ensuring energy security and achieving the Kingdom’s net-zero targets, outlined by His Royal Highness Prince Salman bin Hamad Al Khalifa, Crown Prince and Prime Minister, at the COP26 summit.

The event served to highlight the latest advancements in the oil and gas industry and the Group’s contribution to the future development of the local energy sector.

The event was held on Tuesday, 27th September 2022, at the Royal Saray Resort with the attendance of AmCham Bahrain’s members and executives from nogaholding and its portfolio companies.