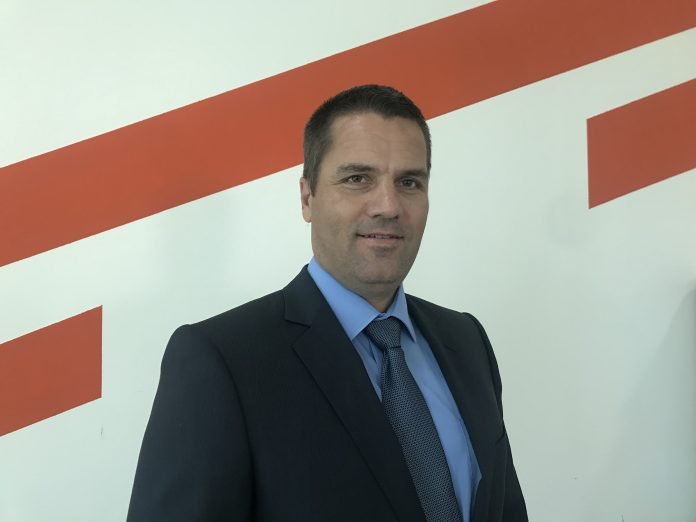 Mr. Lange brings to APM Terminals Bahrain 12 years of port and logistics industry experience. As the Chief Operating Officer, Lange will be responsible for providing strategic leadership and direction for KBSP port operations including technical, marine and IT services with a focus on achieving highest levels of productivity and customer satisfaction.

Prior to joining the team in Bahrain, Lange has held senior executive positions with the Maersk Group within the Operations and Management departments. As the Regional COO with APM Terminals in Africa from 2015 – 2018, Lange was instrumental in driving the APM Inland transformation process with emphasis on enhancing business relationships with customers and other stakeholders. His other previous experiences include the position as Global Head of Operations for Damco in The Hague, Netherlands where he was responsible for strategic global trade supply chain solutions for China-EU and China-North America markets. He has also been the Regional COO for Damco in the MEA.

“We welcome Lange who is an experienced professional in the global logistics industry with proven expertise in the port operations business. His extensive knowledge will be an asset to our operations in Bahrain that will enable us to drive new operational efficiencies for KBSP and explore new continuous improvement levels and methods to help achieve greater competitiveness and higher standards of performance. We wish him all the success in his new role,” said Mark Hardiman, CEO/Managing Director of APM Terminals Bahrain.

Bo Lange said, “I am really excited to take on the new role at APM Terminals Bahrain at a time when customer-centricity is the focus area for KBSP. As a vital contributor to Bahrain’s national economy and noted for its world-class facilities and operational excellence, KBSP has been one of the top performing terminals in the APM Terminals network. Hence, the focus will be to maintain its leading position on productivity at the same time increase the traffic through KBSP by attracting transshipment to key upper-gulf markets as per the local strategy.”

“I also look forward to working with my team and I am confident that together, we will continue to achieve greater milestones for KBSP and Bahrain as a whole,” added Lange, COO, APM Terminals Bahrain.

Chairman of Enma Mall, Khalid Rafea, has announced the exclusive appointment of Global Real Estate advisor, Savills. As a result, Savills will take over...
Read more
Inside Bahrain

It’s one thing to read about the massive dinosaurs that used to roam the Earth; it’s quite another to imagine how they’d look stomping...
Entrepreneurial Journey

Zain Bahrain, a leading telecom operator in the Kingdom, is taking a further step in offering the latest technologies through officially launching its 5G...
Sports This Week

Gulf Air, the national carrier of the Kingdom of Bahrain, will resume its direct Athens and Cairo flights with scheduled operations starting from 01...
© GO ALIVE MEDIA
MORE STORIES