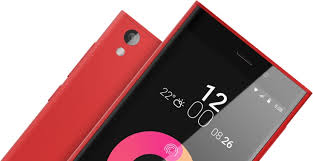 The Obi Worldphone SJ1.5 ($129) and SF1 ($199) are designed in San Fransisco, but expected to be initially launched outside the U.S. in emerging markets. This is likely in an attempt to steal some market share from players like Xiaomi and Huawei who have had so much success to date.

The Labour and Social Development Ministry has announced the launch of the electronic employment procedures as of Monday, noting that job-seekers are now provided...
Read more
Inside Bahrain

To support the needs of the local communities and those highly impacted by the ongoing COVID-19 pandemic, Bahraini homegrown retail and hospitality conglomerate, Al...
Sports This Week

Capital Governor, Hisham bin Abdulrahman, has followed up on the distribution of 3,000 food baskets, within the “Your Food at Your Home” initiative launched...
© GO ALIVE MEDIA
MORE STORIES