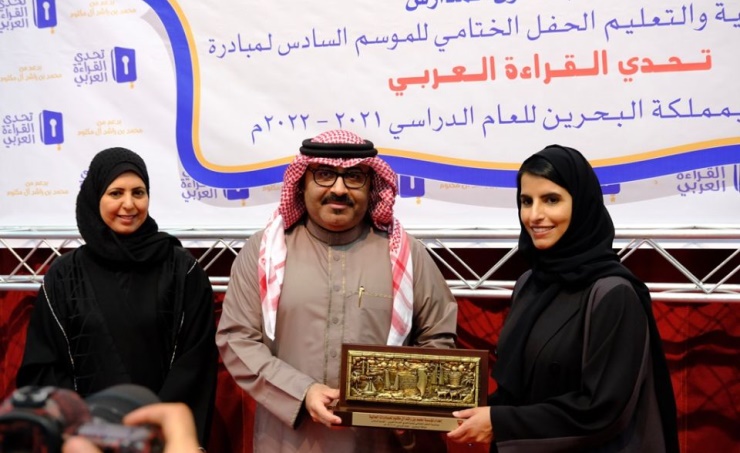 He was honoured during a ceremony held under the patronage of General Director of Schools Affairs Dr. Mohammed Mubarak bin Ahmed, in the presence of Sarah Al Nuaimi, Director of Mohammed bin Rashid Al Maktoum Global Initiatives,

Over 142,000 students representing 239 public schools in the Kingdom of Bahrain were in the fray, vying for a top spot in the contest, deemed the largeing Arab Reading Challenge in the world.

Al Ahd Al Zaher Secondary School for Girls was crowned in the category of outstanding secondary, while Saleh Abdulla Albalooshi, from the first educational zone won the best supervisor competition, out of 460 contestants who honed the reading skills of students to take part in the challenge.

The jury selected the top ten winners in Bahrain out of the participants who reached the final phase.

More than 22.27 million students from 44 countries took part in the 2022 Arab Reading Challenge, becoming the largest edition in the history of the competition which was first launched in 2015.

The Director General of Schools Affairs congratulated the winners and participants in the Arab Reading Challenge – Bahrain Chapter,  praising the outstanding organization of the competition.

He stressed the importance of reading, which represents the foundation upon which knowledge economies are based.

He noted that the qualitative participation of Bahraini students in local, regional and international reading and knowledge competitions receives constant support from the leadership of His Majesty the King.