On the occasion of World Heart Day,... 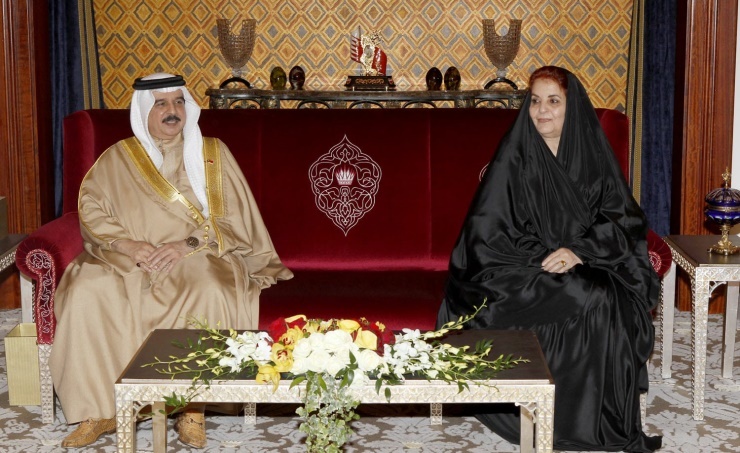 Bahrain celebrates today the Arab Women’s Day amid national pride in the achievements that have enhanced the Kingdom’s respect of women’s rights and boosted their active role in the progress and prosperity of the nation under the leadership of HM King Hamad bin Isa Al Khalifa and the support of HRH Prince Salman bin Hamad Al Khalifa, the Crown Prince and Prime Minister.

Bahraini women, thanks to the unlimited support of HM the King, the government policies, and the initiatives of the Supreme Council for Women headed by Her Royal Highness Princess Sabeeka bint Ibrahim Al Khalifa, wife of His Majesty the King, have been able to confirm their status as dependable partners in the nation-building process and sustainable development.

Bahrain, under the follow-up of the Supreme Council for Women and in partnership between the executive, legislative and judicial authorities, has approved more than 150 royal orders, laws, legislative amendments, ministerial decisions and circulars during the last two decades.

This legal support vastly contributed to the protection and promotion of women’s rights. It includes, most notably, Family Law 19 of 2017, Law 17 of 2015 concerning Protection against Domestic Violence, and other developed legislation in accordance with the constitution and international covenants, mainly the Convention on the Elimination of All Forms of Discrimination against Women (CEDAW) that the Kingdom joined in 2002.

This modern legislative system contributed to ensuring family stability, deepening family cohesion, integrating women’s needs into development in line with the National Plan for the Advancement of Bahraini Women (2013-2022), and consolidating justice by setting up a separate building for family courts in January 2018, which includes courtrooms, a family reconciliation office, services and an alimony fund office.

Bahraini women have actively participated in enriching democratic life since their participation in preparing and approving the National Action Charter, and exercising their political rights as voters and candidates in the parliamentary and municipal elections since 2002.

Women have won 15% of the seats in the Council of Representatives (The lower chamber of the bicameral parliament) and 23% in the Shura Council (The upper chamber). The Speaker of the Council of Representatives is a woman and the Second Deputy Chair of the Shura Council. Women represent 23% of the members of municipal councils and 12% of the judges.

The contribution of Bahraini women in the labor market increased to 43% of the total national workforce, and 47% of business owners thanks to the support and encouragement of the Supreme Council for Women and its distinguished initiatives such as the launch of the Bahraini Women’s Capacity Development Center “Riyadat”.

Other initiatives include the creation of financial portfolios to finance commercial and investment activities for women, the Young Bahraini Businesswomen’s Excellence Honor, the establishment and organization of the National Committee to Follow Up the National Model by integrating women’s needs into the government’s action plan, and the establishment of about 53 equal opportunities committees in the government sector, 20 committees in the private sector, and 18 committees in civil society.

The percentage of women in the government sector has risen to 55%, in the executive jobs to 46% and in specialized jobs to 62%.

Women were also at the front lines of Team Bahrain led by HRH the Crown Prince and Prime Minister, with a representation of 75% of the members confronting the pandemic. They also had a particularly active role in the Together for the Safety of Bahrain campaign launched by the Supreme Council for Women and in the Your Remote Advisor program introduced to ensure the continuous provision of the Council’s psychological, family, legal and economic consultations.