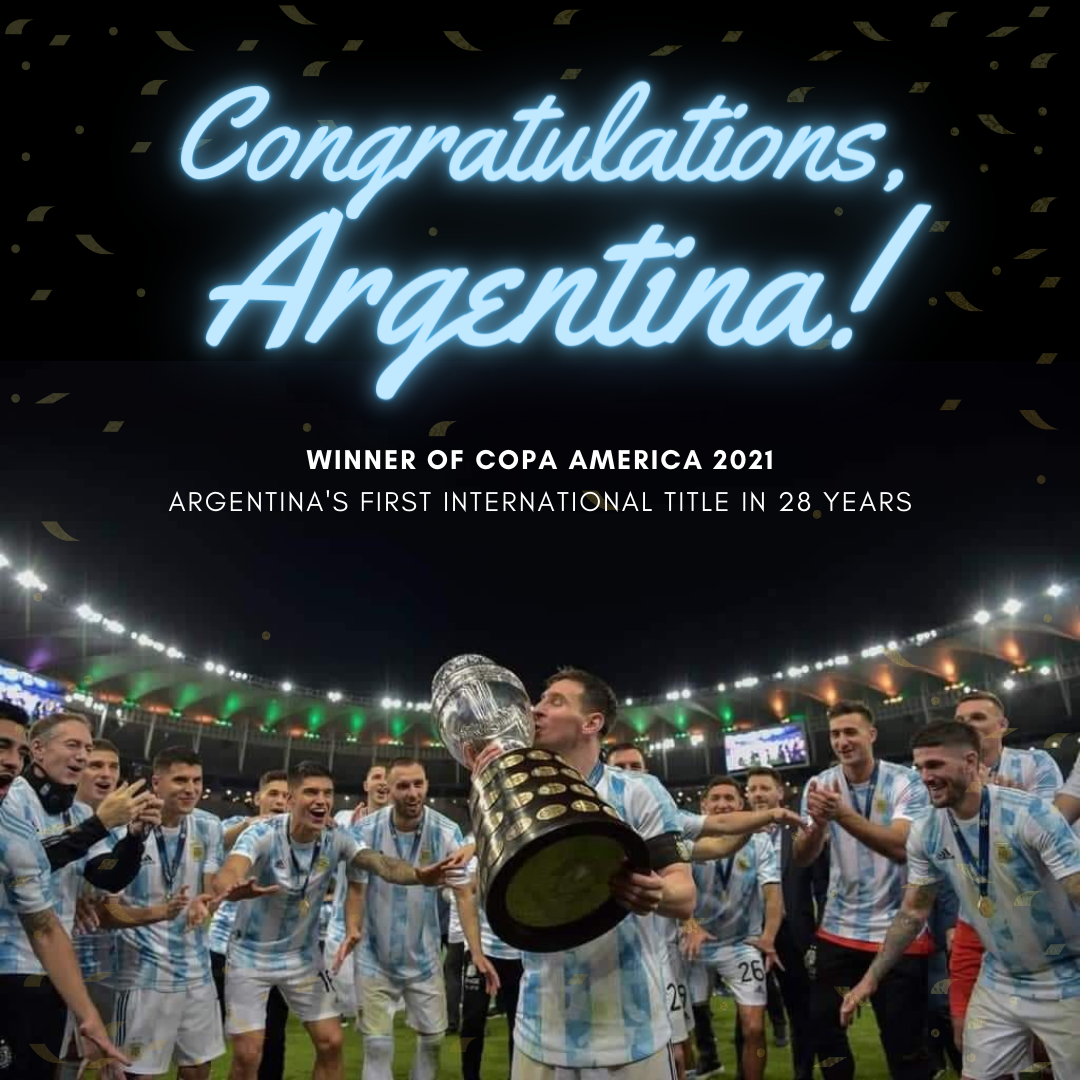 Argentina has won against Brazil, 1-0, at the Copa America 2021 finals. This ends the Argentina National Team’s 28-year major title drought. It is also a historic win for Lionel Messi as his first major international trophy.

Argentina’s winning goal at the Maracana Stadium in Rio de Janeiro came in the 22nd minute after Rodrigo de Paul made a long pass to Angel di Maria. The 33-year-old veteran striker counted on some sloppy defending from left-back Renan Lodi to take control and lob it past goalkeeper Ederson. It was only the third goal Brazil conceded in the tournament. Neymar tried hard with dribbles and passes, but the Selecao barely threatened Argentina goalkeeper Emiliano Martinez.