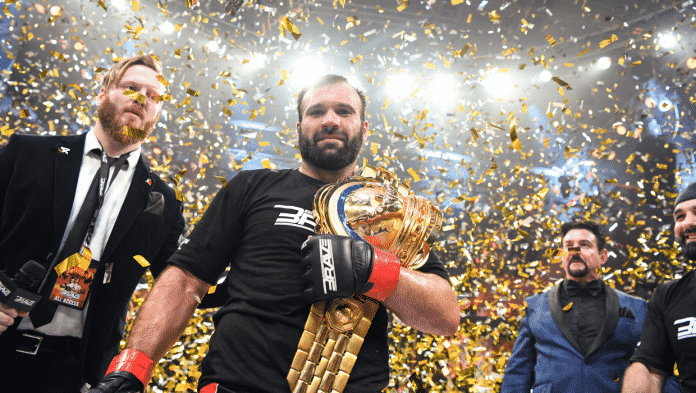 Azamat Murzakanov maintained his professional record intact and made sure to get the most prestigious prize in sports under his provisional possession with two dominant performances on the same night. At a star-studded BRAVE CF 29, “The Professional” beat Guto Inocente and Mohammad Fakhreddine in the same night to be crowned the new KHK World Champion, making history as the first man to hold the KHK belt, adorned with 6.2 kg, provisionally.

Azamat started off with a cautious yet dominant performance against kickboxer Inocente. Utilizing his wrestling, Murzakanov was able to stifle Guto’s striking and advance to the finals with a unanimous decision after two rounds.

In the other semifinal, Fakhreddine turned his battle with Kleber Orgulho into a brawl and came out victorious, using his leg kicks to set up more vicious strikes.

When the duo met in the final, it was after a parade brought the actual belt to its first live unveiling with a chopper.

In the cage, Azamat’s strength and hands prevailed as he was able to knock out Fakhreddine in the first round after the Lebanese phenom appeared to suffer a leg injury.

In the co-main event of the evening, Hamza Kooheji brought the heat to the Bahraini crowd by turning up to the biggest fight of his life with his most dominant performance. “The Pride of Bahrain” took Nahuel Gandolfi down at will and battered with a tough ground and pound en route to a third-round TKO win.

In a feature Featherweight bout, Dumar Roa achieved the biggest victory of his professional career, as he knocked out former Lightweight world champion Abdul-Kareem Al-Selwady with a vicious head kick.

Elsewhere, there were impressive wins for Luana Pinheiro, who knocked out Helen Harper in the first-ever Female bout taking place in Bahrain, and Guram Kutateladze, who flattened Felipe Silva in the first minute of their Lightweight bout. 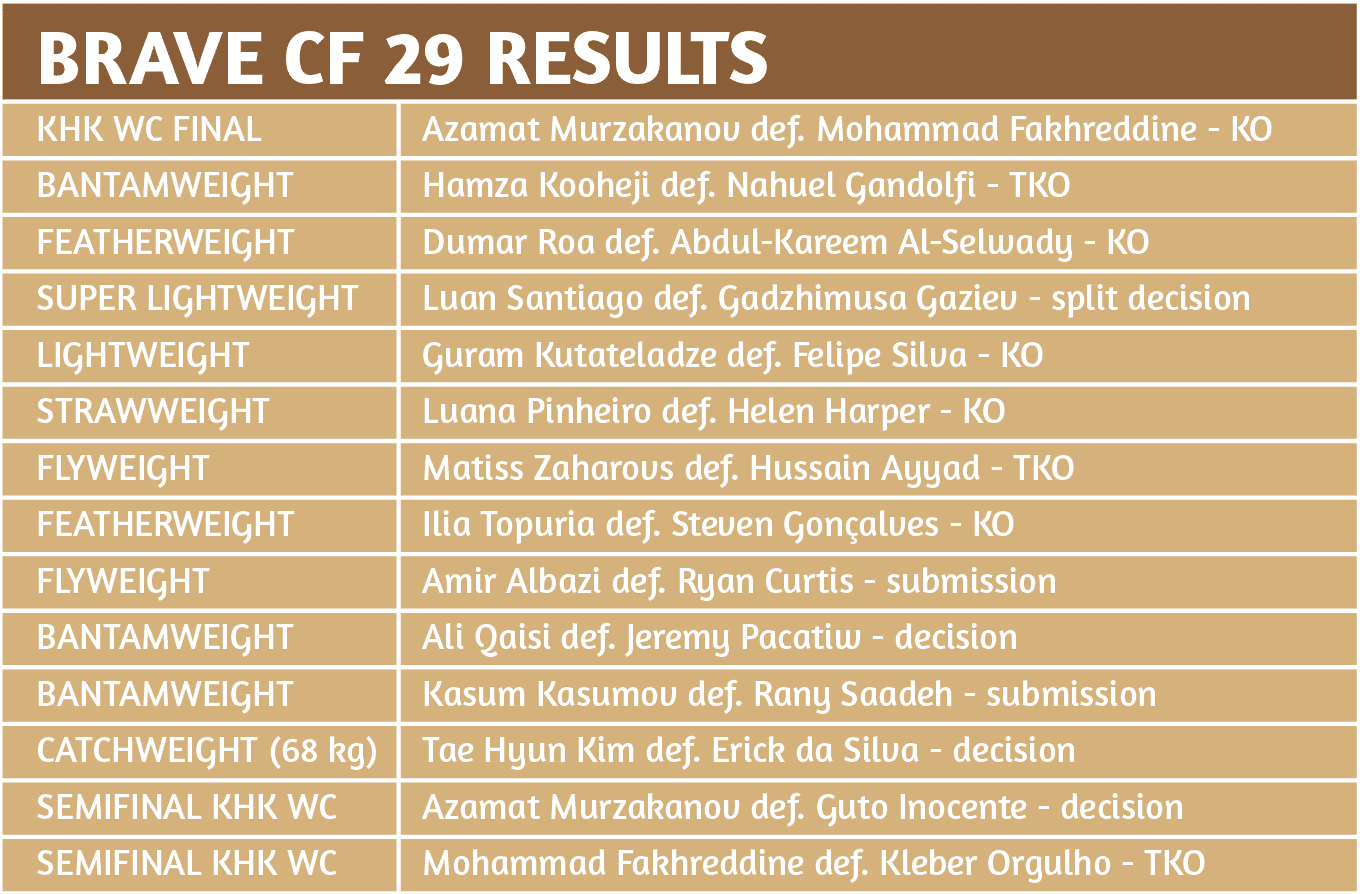 A ban on afternoon work in open spaces throughout Bahrain will start on Wednesday, the Ministry of Labor and Social Development has said. The annual...
Read more
Entrepreneurial Journey

All the Rotary Clubs of Bahrain organised a joint handover event on 29th June 2020 on Zoom. A handover is when the current President...
Tech