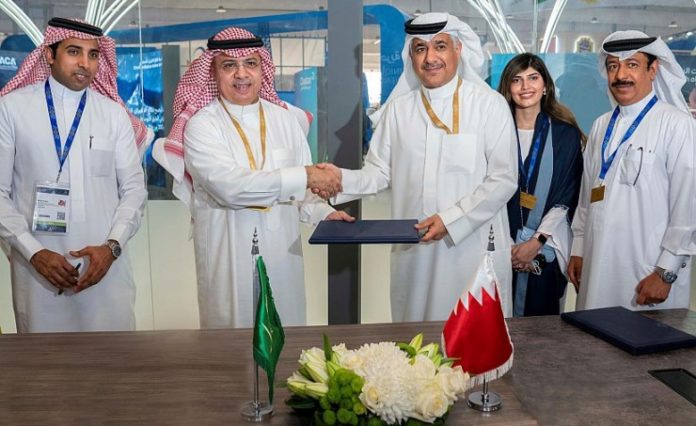 The Kingdom of Saudi Arabia, represented by the General Authority of Civil Aviation (GACA), signed today an executive program in the field of civil aviation with the government of the Kingdom of Bahrain.

The deal was sealed  on the sidelines of the World Defense Show, organized by the General Authority for Military Industries (GAMI) from March 6 to 9 in the capital city of Riyadh.

The World Defense Show 2022 is a unique platform that brings together all those concerned with the defense industry from around the world.

This is in an effort to enhance the bonds of cooperation between them and pave the way for building partnerships, exchanging knowledge, exploring the latest innovations and capabilities across all defense systems.

Furthermore, bringing together the pioneers of the international defense and security sector under one roof to review solutions for joint integration and the future of operational compatibility between defense systems across land, sea, air, information security and aerospace. (SPA).