Buying a used car can sometimes be...
SocietyPR This WeekBahrain and the U.S. explore cooperation to fight illicit trafficking in cultural property

Bahrain and the U.S. explore cooperation to fight illicit trafficking in cultural property 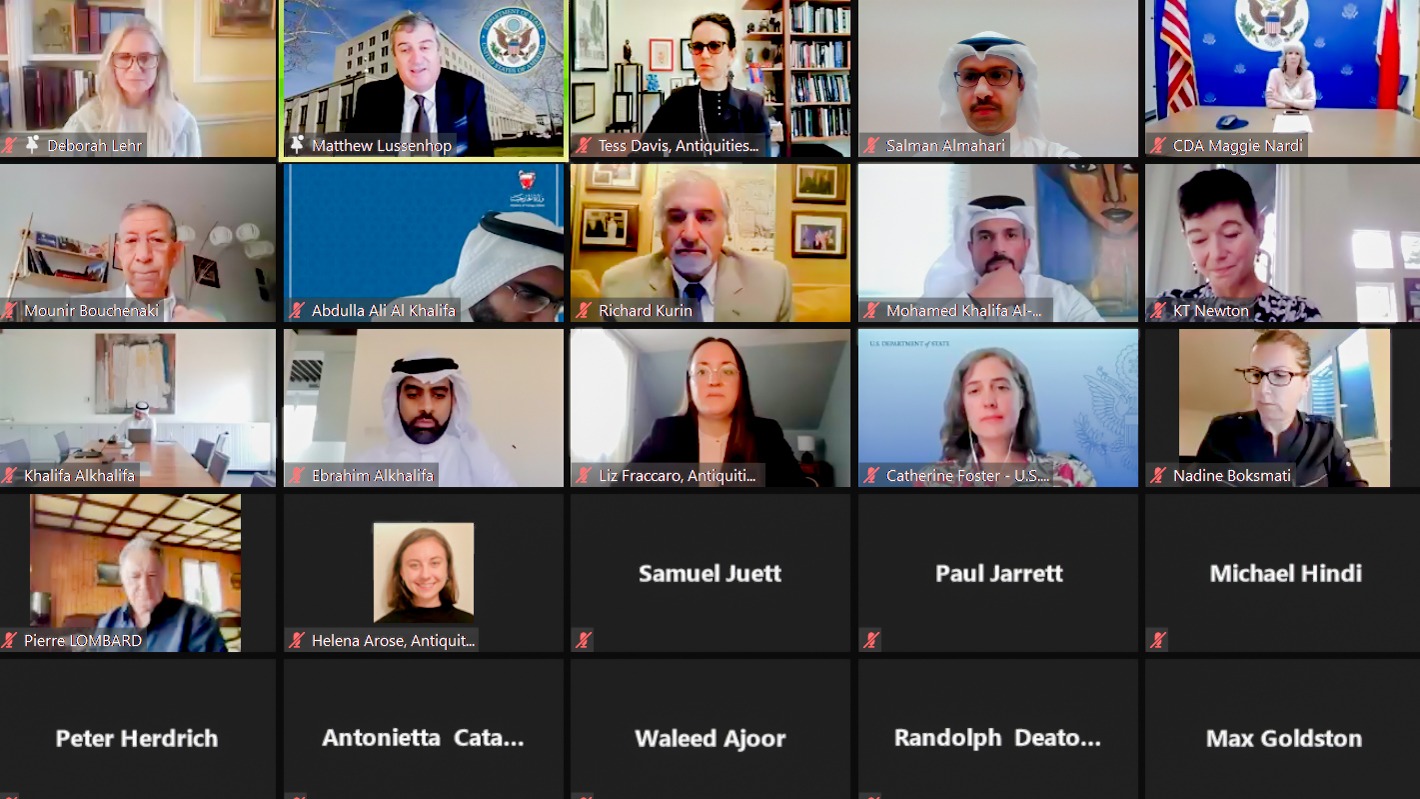 The Bahrain Authority for Culture and Antiquities (BACA), in cooperation with the Embassy of the United States of America in the Kingdom of Bahrain, the US Department of State and the Antiquities Coalition, organized a closed virtual workshop (Wednesday, August 11, 2021) to explore strengthening bilateral ties between Bahrain and the United States in the fight against illicit trafficking in cultural property.

Illicit trafficking in cultural property is a major source of concern for organizations involved in the preservation of cultural heritage across the globe. The rise of such activity prompted UNESCO to pass the 1970 Convention on the Means of Prohibiting and Preventing the Illicit Import, Export and Transfer of Ownership of Cultural Property.

In her welcome address delivered on behalf of H.E. Shaikha Mai bint Mohammed Al Khalifa, President of BACA, H.E. Shaikha Hala underscored the importance of the workshop given the prevalence of such illegal activity in different parts of the Middle East. She also stressed that Bahrain is committed to supporting the Convention’s goals and global efforts in this area, noting that this workshop will help pave the way for stronger international collaboration to preserve cultural heritage.

In his panel discussion, Mr. Lussenhop stated that the illicit trade in cultural property affects archaeological sites dating back thousands of years and leads to the loss of the history, as well as being a key source of financing for criminal organizations. He went on to underline the urgent need to combat this trade through international cooperation between government and private organizations, stressing that there are many opportunities for collaboration between Bahrain and United States in this area.

The workshop’s other topics focused on the various dangers that illicit trafficking of cultural property pose and how modern technological advances and internal conflicts have helped it flourish globally, with experts noting the pressing need for the development of suitable plans to uncover these illegal trade networks, control international borders, and identify smuggled artefacts.

Another workshop on this topic is being which will be open to the public.