Whether you’re a landlord or a tenant,...
NewsBahrain bans single-use plastic bags from September 18 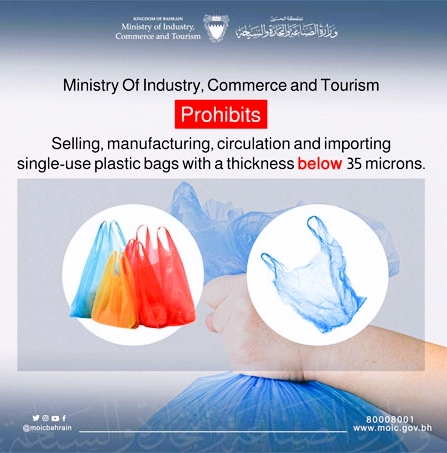 The Ministry of Industry, Commerce, and Tourism (MOICT) has issued an order to ban selling, manufacturing, circulating and importing single-use plastic bags, which are less than 35 microns in thickness.

The order will be effective on September 18.

He highlighted that the ban is in line with the government’s plans of securing an environment that supports sustainability and reduces pollution.

Al Zayani said that the MOICT held stakeholder engagement sessions especially with the private sector through the Bahrain Chamber of Commerce and Industry.

The minister noted that several neighboring and developed countries have applied similar regulations to limit the spread of plastic waste, which poses a great danger to the environment and wildlife.

He stressed that the ministry will continue to take measures that contribute to environmental systems protection, calling on the need for everyone’s cooperation to move forward in enforcing these efforts to preserve environmental safety.