Bahrain Cinema Company, market leaders in the entertainment industry in the Kingdom of Bahrain, announced the opening of a new 13 screen Cineplex at the Gulf Mall in Gharafa, Qatar, on Thursday, the 26th of May 2016 at a total cost of 60 million Qatari Riyals.

The new Cineplex is approximately 5645 square meters and holds a total number of 2318 seats. Encompassing the latest in technological advancements in the global entertainment industry, Cineco 13 has one of the biggest screens in the region, with a huge 22.5 meter wide screen and 2 VIP cinemas split across 2 floors with a balcony and lounge on the mezzanine floor. To add to the luxurious movie going experience, the VIP cinemas have been furnished with their own exclusive entrance and have their independent ticket counters and concession stands.

The largest screen of the Cineplex is equipped with the latest Dolby Atmos system, which gives movie enthusiasts an ultimate movie extravaganza. As compared to traditional sound systems, Dolby Atmos systems have double the number of speakers, with realistic sounds coming from as many as 5 directions – the fifth being the ceiling, making it an exceptionally authentic experience. 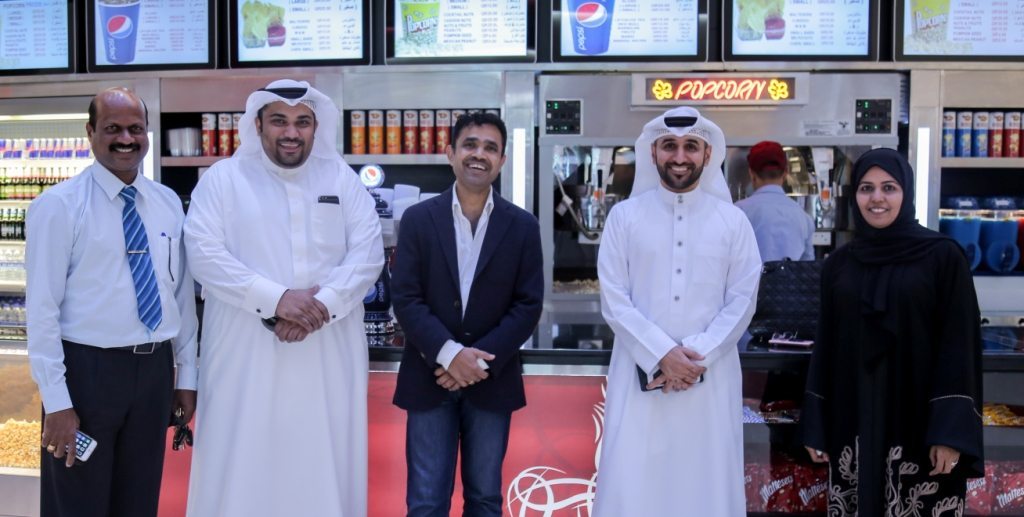 On this occasion, Mr. Ahmed Rashed, the Chief Executive Officer of Bahrain Cinema Company (Cineco) said: “It gives us great pleasure to have opened yet another Cineplex in the state of Qatar, bringing our total number of Cineco screens there to 47. With our new and advanced Dolby Atmos sound system in one of our cinemas; we aim to attract a larger number of customers to the Cineplex. Having expanded our geographical location, this has made us a lot more accessible to movie goers and we look forward to enhancing the movie viewing experience for all.”

“In ensuring that our customers are provided with the best experience of watching a movie, we have further increased our investment in the entertainment industry in giving viewers more than what they expect. With one of the biggest screens in the region and VIP lounges now available to movie lovers, movie goers can be assured of one of the most comfortable and luxurious experiences of a lifetime”, he added.

The latest expansion in Qatar brings the total number of cinemas to 47, while in Bahrain, Cineco operates a total of 49 cinemas with further expansions planned in the near future.

Cineco operations include the management of a large number of cinemas and restaurants within Bahrain and the G.C.C. Countries.

Since its establishment in the Kingdom of Bahrain in 1968, Cineco succeeded over the years by pioneering many firsts, establishing benchmarks in Bahrain’s entertainment industry.

Cineco continues to strive towards maintaining sustainable growth through the philosophy of business excellence using the best model.