The Ritz-Carlton, Bahrain is rolling out the red...
SocietyPR This WeekBahrain Duty Free Company gold sponsors of BIAS 2022 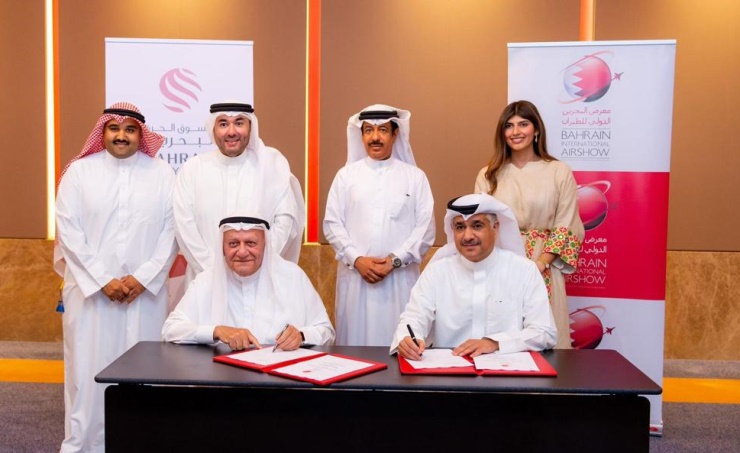 The Organising Committee of the sixth edition of the Bahrain International Airshow (BIAS 2022) has signed an agreement with the Bahrain Duty Free Company, under which the latter will become a gold sponsor of BIAS 2022, set to be held under His Majesty King Hamad bin Isa Al Khalifa’s patronage at the Al-Sakhir Air Base on November 9-11, 2022.

Organised by the Ministry of Transportation and Telecommunication and the Royal Bahraini Air Force (RBAF), the event will be overseen by HM the King’s Personal Representative, HH Shaikh Abdulla bin Hamad Al Khalifa, President of BIAS Supreme Organising Committee.

On the occasion, Transportation and Telecommunications Minister, Kamal bin Ahmed Mohammed, stated that BIAS 2022 will provide an opportunity to mark the anniversary of the Bahrain International Airshow, which was launched in 2010, noting that it is a major global aviation event, whose success continues thanks to the interest of HM the King and follow-up of the government.

He indicated that the support of national companies to BIAS, including the Bahrain Duty Free Company, the event’s gold sponsors, confirms the key role played by the private sector in boosting the initiatives and events that promote the kingdom and attract visitors to it.

“We are pleased with the participation and sponsorship of the Bahrain Duty Free Company, for which the aviation sector is of great importance in its commercial activity,” the minister said.

The Bahrain Duty Free Company’s Board of Directors Chairman, Farouk Yousuf Almoayyed, expressed delight at the company’s sponsorship of the prestigious event, noting that it is proud of participating in and sponsoring BIAS 2022 which attracts major airlines and an elite of prominent and influential businessmen in the aviation industry.