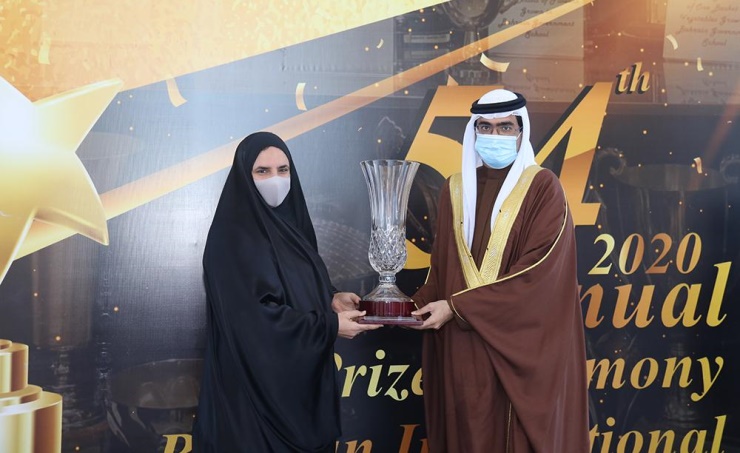 The Bahrain Garden Club has announced the winners of the 54th edition of the Annual Flower and Vegetable Competition in a ceremony held in the presence of His Highness Shaikh Khalifa bin Ali Al Khalifa, Governor of the Southern Governorate, and  Shaikha Maram bint Isa Al Khalifa, Secretary General of the National Initiative for Agricultural Development (NIAD).

Shaikha Maram congratulated the winners and thanked the Bahrain Garden Club for organizing the ceremony in accordance with the precautionary measures due to coronavirus pandemic.

Chairperson of Bahrain Garden Club, Zahra Abdulmalik praised the continuous support of Her Royal Highness Princess Sabeeka bint Ibrahim Al Khalifa, Wife of His Majesty the King and Chairperson of the Advisory Board of the National Initiative for Agricultural Development, and her continued effort towards leading the development of the agricultural sector in Bahrain.

Zahra Abdulmalik recalled the long history of the club since its establishment in 1965, especially its annual Flower and Vegetable competition that has always been a highly anticipated national event.

She emphasized the great contribution of the club in boosting awareness, promoting agricultural development, and spreading greenery across the country.

The diversity of prizes in the annual competition has contributed to the increase in the number of participants who share the love of gardening thereby fulfilling the Club’s objectives of spreading the culture of public participation in expanding green spaces in the Kingdom of Bahrain.

The ceremony announced the results of the 54th Annual Prize for Bahrain Garden Club Competitions 2020: