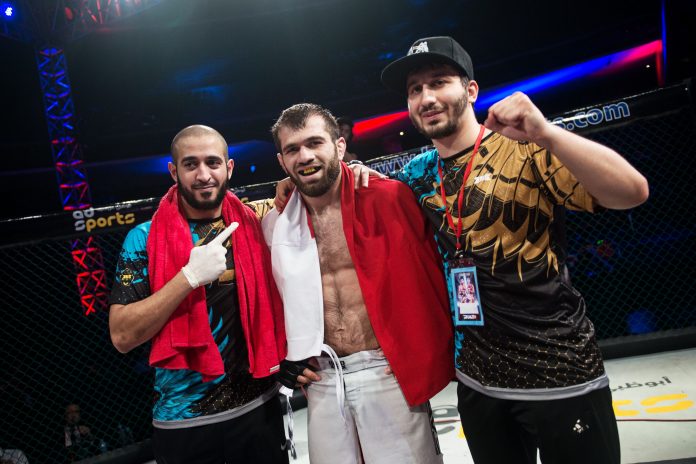 April 8, 2019
Facebook
Twitter
Pinterest
WhatsApp
Linkedin
Brave Combat Federation, founded under the patronage of His Highness Sheikh Khalid bin Hamad Al Khalifa, will crown its first-ever Super Lightweight champion on April 19th. Brave 23 takes place in Amman, Jordan, and Bahrain’s Eldar Eldarov will have the chance to become a world champion against Mounir Lazzez, from Tunisia.
Head coach of KHK MMA and one of the best wrestlers in the sport of MMA, Eldarov comes into the title fight on the back of three straight victories under the Brave banner. Eldar has been devastating since signing with Brave CF, beating Brian Hooi by decision on his last fight.
The Bahrain representative also holds wins over Henrique Rasputin, via first-round technical knockout, and has also beat Kevin Koldobsky by decision back at the first-ever Brave event, in September of 2016. 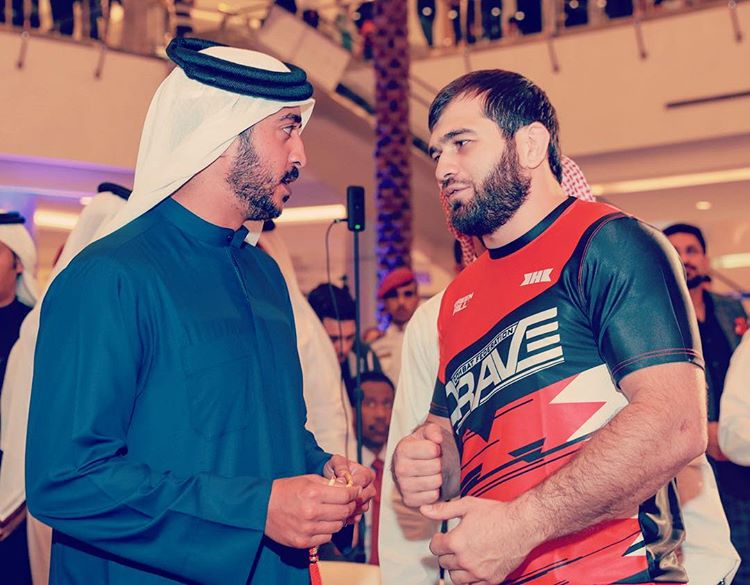 Eldar was one of the first coaches hired at the start of KHK MMA and has been instrumental in the rise of the gym as a world-class training facility. He is also the coach of the Bahrain national amateur MMA team and has helped the country achieve a third place at last year’s IMMAF world championships, as well as gold medals for several Bahraini athletes in competitions around the world in both wrestling and MMA.
He will take on Mounir Lazzez, who’s undefeated in seven professional fights, and is coming off a legendary TKO victory over Dmitrijs Homjakovs back at Brave 16, held in Abu Dhabi, last year.
Eldarov will look to utilize his world-class wrestling to negate Lazzez’s striking and make history for the sport of Bahrain by becoming the first MMA world champion from the Kingdom. The Super Lightweight division has yet to crown a champion with Brave being at the forefront of positive changes for MMA by introducing the new weight class in order to give athletes more options to compete at their optimal weight.
The Super Lightweight title bout will count as the co-main event of the historical fight card. The main attraction of the evening will be a Welterweight title fight, as current champion and Jordanian icon Jarrah Al-Selawe looks to retain his belt against undefeated Abdoul Abdouraguimov, who hails from Russia but fights out of France.
- Advertisement -
Facebook
Twitter
Pinterest
WhatsApp
Linkedin
Previous articleBatelco Announces Launch of Manama-IX
Next articleCharity Donation to “Smile Initiative” by Ahli United Bank