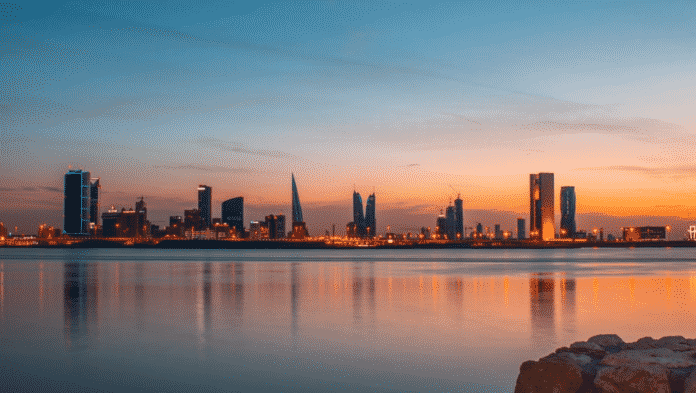 Bahrain-Home for All Good Citizens!

Under the able leadership of His Majesty King Hamad bin Isa Al Khalifa, the tolerance of Bahrain society can be seen in its multinational and denominationally diverse people and the inter-religious harmony. This unique sight has, over several centuries, being a visible sign of tolerance and a source of great pride for the Kingdom.

Bahrain is deemed as the “most religiously tolerant in the Middle East” by the Heavenly Culture World Peace Restoration of Light (HWPL), an international organization that promotes religious tolerance all over the world. The government’s policy of funding all official religious institutions contributes to the free practice of religion. Members of religious groups who practice their faith privately do so without government interference and are permitted to maintain their own places of worship and display the symbols of their religion, such as crosses and statues of deities and saints.

In this issue of Bahrain This Week, we present some of the historic religious places in Bahrain that hoist the interreligious harmony of the Kingdom.

Opened in 1988 by the late Emir of Bahrain, Shaikh Isa bin Salman Al Khalifa, Ahmed Al-Fateh Mosque in Manama, is part of an Islamic centre, which includes the mosque, a department for Qur’anic studies and an Islamic library. The mosque occupies an area of 6,500 square meters and can accommodate up to 7,000 worshippers. Its walls are beautifully ornamented with Kufic calligraphy and it is crowned with one of the largest fiberglass domes in the world.

Constructed during the period of Umayyad Caliph Umar in the 7th century (around 692 AD), Al Khamis Mosque is one of the oldest mosques in the region. The identical twin minarets on this ancient Islamic monument make it  easily recognizable.

Barbar Temple (the largest temple found in Bahrain) was built in three stages between 3000 and 2000 BC to worship the legendary God Enki (God of Sweet Water & Wisdom). It is built on a spring of water. The remains include two sacrificial altars, a well and walls made of huge limestone blocks carved from Jidda Island.

With the support, tolerance and patronage of the rulers of Kingdom-of-Bahrain and friendly community of this ‘peace loving country ‘ accommodating all walks of life – ISKCON Bahrain is helping to promote among its members and families the culture inherited from its ancestors to contribute to the society for healthy living, believe in the Almighty and extending a helping hand for those in need.

Under the patronage of the late Emir, Shaikh Isa bin Salman Al Khalifa, the National Evangelical Church (NEC) was opened on June 3, 1971. The history of the NEC can be traced back to the late 19th century when Rev. Samuel Zwemer with his team of missionaries from the Reformed Church in America (RCA) arrived in Bahrain on December 7, 1892 and established the first Protestant Church in the Arabian Gulf. For over a century, Christians from all over the world have gathered at this church to worship and serve as one body of believers united in faith, hope and love.

Built according to traditional Bahraini architectural style and was inaugurated in 2015, Shaikha Moza bint Hamad Al Khalifa Mosque in Riffa accommodates up to 2,000 worshippers, with 950 on the two floors, 850 in the courtyard and 250 in the women’s hall. This state-of-the-art, two-story mosque is equipped with facilities to ensure the comfort of worshippers.

Shri Krishna Temple has a long and vibrant history. Established about 200 years ago by the Thattai (Bhatia) Hindu Community, it is known to be the first in the Gulf Region located in the heart of the Manama Souq near Bab Al Bahrain.

The history of the Indian community in Bahrain can be traced back to the time of the Dilmun civilization in 3000 BC. Bahrain’s rulers respected the community’s conservative religious values and it was the late Emir, Shaikh Hamad Bin Isa Al Khalifa, who granted them permission to establish a temple in 1817. Evolving in infrastructure over the years, today the temple caters to the needs of the larger Hindu community for spiritual growth, social interaction, cultural programs, educational and other constructive activities.

Sikh Gurudwara (literally meaning “door to the Guru”) is a place of worship for the followers of Sikhism. It was built in 1959, just after three decades of the arrival of the first Sikh in Bahrain.

Part of the 19th century Siyadi House complex, which belonged to eminent pearl merchant Ahmed bin Jassim Siyadi, the Siyadi Mosque is the oldest preserved mosque in Muharraq and is still used for daily prayers.

St. Christopher’s Cathedral, the seat of the Anglican Bishop in the Gulf, was built in 1953 on land graciously granted by the late Emir, Shaikh Salman bin Hamad Al Khalifa. It was named after St. Christopher, the patron saint of travelers, recognizing the significance of travel in Bahrain’s history and of the members who made up the new Church.

The Sacred Heart Church in the heart of Manama, is a Roman Catholic parish, and the first Catholic Church in Bahrain, built on land given by the late Emir, Shaikh Hamad Bin Isa Al Khalifa, in 1939. It serves over 140,000 Catholics.

True to the generous support and dedication of the rulers, the Kingdom has made landmark contributions to promoting the traditions of peace, tolerance and diversity. Bahrain will reinforce the values and pillars of love, peace and co-existence regardless of religious, intellectual or cultural beliefs.

A blind student who created a special YouTube channel to teach students with special needs about the use of smart applications has been honored...
Read more
Inside Bahrain

The Charity Work section at the Sunni Endowments Directorate has distributed the Eid Al-Adha gifts and sacrifices, in coordination with charity societies across the...
Read more

The American University of Bahrain (AUBH), has announced its strategy for the campus re-opening, in compliance with the guidelines issued by the Ministry of...
Read more
Inside Bahrain

The annual Bahrain Summer Festival is back for its 12th edition and is unlike ever before! Bringing us Together Virtually, this year’s highly-anticipated festival proves...
Wheels and Gears

Land Rover in the Kingdom, has been awarded the enhanced status of an official Special Vehicles Operations (SVO) dealer. Bringing to Bahrain the first-of-its-kind...
Inside Bahrain

One day I read a news item which made me feel annoyed and a bit worried. It was reported that in Mumbai, youngsters from...
Spotlight

INJAZ Bahrain has recently conducted the 12th edition of Young Entrepreneurs Competition that witnessed student entrepreneurs from around the Kingdom competing to obtain the...
Sports This Week

HH Shaikh Nasser bin Hamad Al Khalifa, Representative of His Majesty the King for Humanitarian Work and Youth Affairs expressed his delight after his own...
Sports This Week

The Charity Work section at the Sunni Endowments Directorate has distributed the Eid Al-Adha gifts and sacrifices, in coordination with charity societies across the...
PR This Week