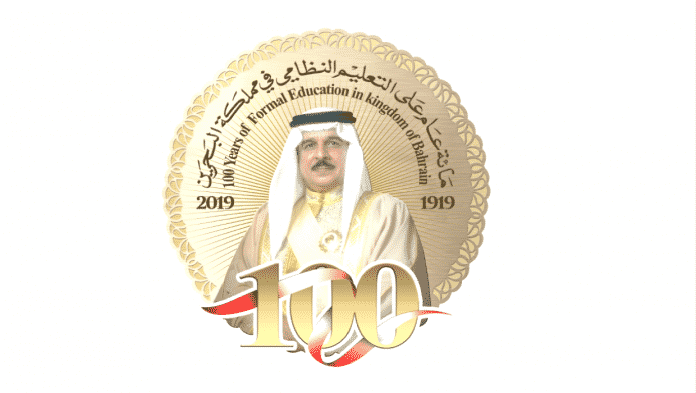 The Minister of Education Dr. Majid bin Ali Al Nuaimi patronised the “100 Years of Formal Education in the Kingdom of Bahrain” forum which was organised  by the Ministry of Education in cooperation with the United Nations Children’s Fund (UNICEF). The event was attended by the Minister of Oil  Shaikh Mohammed bin Khalifa Al Khalifa, Secretary General of the Supreme Council for Women (SCW) Hala bint Mohammed Al Ansari, officials, academicians and intellectuals from Bahrain and abroad. This two-day event started by opening an associated Career Expo showcasing many job opportunities in many local companies, banks, schools , universities, training centres etc.

H.E  Minister of Education gave an opening speech in which he highlighted Bahrain’s educational achievements since the beginning of formal education in 1919. He also pointed out the remarkable role of education in backing the comprehensive development efforts, congratulating the leadership on the occasion. He said the Kingdom of Bahrain has been able to take up a pioneering international status in education which was confirmed by many reputed international reports.

Addressing the forum, Head of the organising committee Shaikha Noora bint Khalifa Al Khalifa, the Board Chairperson of Medpoint  said,’ UNICEF’s participation in the forum is the first of its kind. She added that the forum will shed light on curricula and skills for the future and the efforts made to equip students with them. She mentioned that  the event will also focus on the role of the private sector in education, ways of promoting the culture of excellence in higher education and success stories of the youth. She thanked the Minister of Education and all the ministry staff for their support to ensure the remarkable success of the forum.

These opening speeches were followed by honoring Sponsors and Speakers. 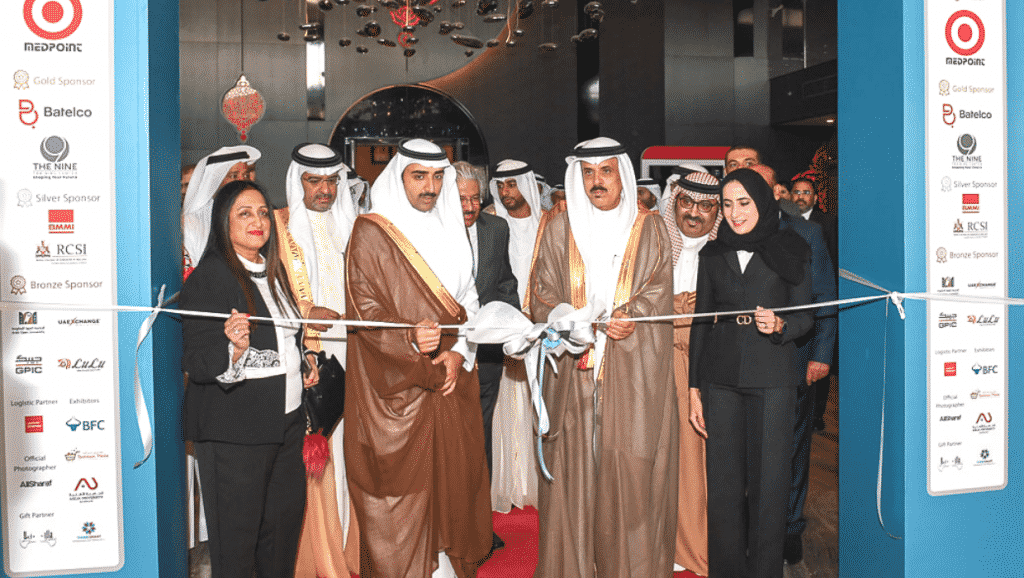 The first day also featured a number of plenary sessions which focused on the history of education in Bahrain, success stories of the educational process in the kingdom and ways to strengthen its relations with the labour market.

In the first session of the forum, which was run by the the Undersecretary for Resources and Services in the Ministry of Education Dr. Mohammed Mubarak Juma’a, the Minister of Education spotlighted the evolution of the educational march over the past century and the accomplishments brought about in the prosperous era of His Majesty King Hamad bin Isa Al Khalifa.

Meanwhile, Oil Minister Shaikh Mohammed bin Khalifa Al Khalifa spoke about the role of the oil sector in the development process since the discovery of oil in Bahrain in 1932. He also pointed out the key role played by Bahrain Petroleum Company (Bapco) in backing education and assigning the needed budgets for scholarships to study various disciplines related to the oil and gas sector.

For her part, the SCW Secretary General Hala Al Ansari highlighted  the role of Bahraini women in promoting the educational march over ninety years and their ability to deal with various challenges. She stressed their success stories which stand out including the remarkable achievements.

Another session discussed the Importance & Contribution of Labour

and Private Sector in Education, where Dr. Samah Mohammed A-Ajjawi, General Director, Bahrain Training Institute has pointed out the Education Outcomes and Labor Market, Shaikha Noora Al Khalifa, Chairwoman & CEO, Nine Training Center explained the Efforts and Success in Training Youth and Recruitment, and Dr. Nasser AlQaedi, Chief Investment and Marketing Officer at TAMKEEN who shared his insights about Tamkeen’s Support to the Private Education Institutions. The session was moderated by Dr. Shaikha Mufeez, Director of Planning an Educational Project.

The second and final day of the forum featured a main workshop presented by a renowned international speaker, trainer and world-class writer, Kevin Abdulrahman, on education and empowerment for everyone –particularly women.

It also featured other workshops presented by Salah AbuIdrees, on education in the private sector, Fahmi Baqlawa, on education for students with special needs, as well as their integration within schools, and finally Smart CV Building workshop by Hussain Al Sharakhi

“I thank the Minister of Education Dr. Majid bin Ali Al Nuaimi, the Minister of Oil, Shaikh Mohammed bin Khalifa Al Khalifa, Secretary General of the Supreme Council for Women (SCW) Hala bint Mohammed Al Ansari, officials, academicians and intellectuals from Bahrain and abroad for their immense support.The education sector has provided the labor market with various competencies and skills from both genders, and that was during the broad development processes witnessed by the Kingdom.  The presence of ministers and officials, along with many scholars, intellectuals and academic elites will definitely and positively enrich the sessions of the conference and stimulate the production of visions and ideas in line with the 2030 Economic Vision of the Kingdom of Bahrain and the efforts of the ministries aimed at enhancing Bahranization policies of public and private sectors and enrich the Bahraini youth vocationally and academically.” Her Excellency Shaikha Noora expressed her appreciation.

This comes with the celebration of this important national occasion commemorating the great efforts that have been made over the past 100 years to develop education in all its stages, with the support of the wise leadership of His Majesty the King. The sessions focused on the history of education in Bahrain, success stories on the educational process in the kingdom and ways to strengthen its relations with the labour market.

Chairman of Enma Mall, Khalid Rafea, has announced the exclusive appointment of Global Real Estate advisor, Savills. As a result, Savills will take over...
Read more
Sports This Week

Gulf Air, the national carrier of the Kingdom of Bahrain, has appointed Mr. Abdulrauf Meer Abdulrahim as Senior Manager Cabin Crew to manage one...
Wheels and Gears

Ebrahim K. Kanoo, the sole distributor of Toyota vehicles in the Kingdom of Bahrain has won the prestigious President’s Award for outstanding sales performance...
Entrepreneurial Journey

Gulf Air, the national carrier of the Kingdom of Bahrain, will resume its direct Athens and Cairo flights with scheduled operations starting from 01...
Tech