It's common knowledge that eyes are the...
SocietyPR This WeekBahrain International Airport records spike in air cargo volumes 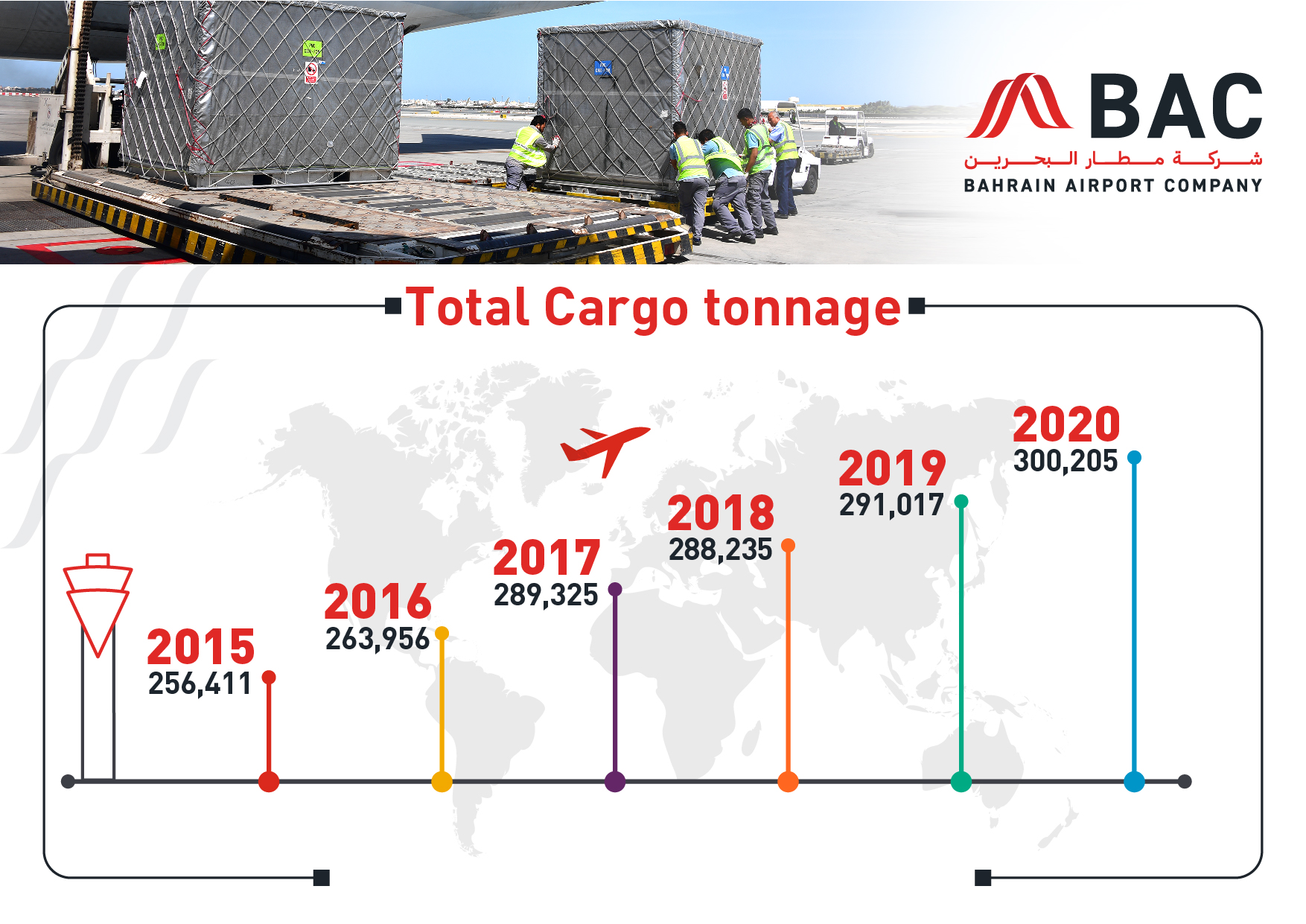 Bahrain International Airport (BIA) handled 300, 205 tons of cargo in 2020, a 3.157 percent jump compared to the previous year, Bahrain Airport Company (BAC) announced. This achievement comes despite a sharp drop in global air cargo volumes, which fluctuated during the year due to the COVID-19 pandemic.

According to the International Air Transport Association’s (IATA) Air Cargo Market Analysis for December 2020, overall industry-wide cargo ton-kilometers (CTKs) fell by 10.6 percent year-on-year, the biggest decline since 1990. However, air cargo experienced a robust end to 2020 with CTK’s declining by only 0.5 percent year-on-year in December, the best growth performance since November 2019.

BAC Chief Commercial Officer Ayman Zainal said: “At the start of the year, lockdowns and other control measures led to significant disruptions in supply chains and a general fall in economic activity, impacting both trade and air cargo. Although passenger traffic at BIA dropped significantly in 2020, cargo volumes continued to steadily increase. From 2015 to 2020, cargo tonnage at BIA has surged by 17.079 percent, which demonstrates the airport’s ability to handle large volumes. The opening of the new Passenger Terminal in January this year and the ongoing development of a new Express Cargo Village ensure we are well positioned to accommodate future growth.”

The IATA report noted that International air cargo volumes declined by 11.8 percent year-on-year in 2020, a slightly larger fall than that of total volumes. At the monthly level, international CTKs contracted by 2.3 percent year-on-year in December, a robust rebound from the 7.3 percent decline the month before. With the exception of Latin America, all the main regions registered an improvement.

Airlines based in the Middle East posted a 9.5 percent drop in their international CTKs in 2020 compared to 2019. After a brief pause in November, the recovery in seasonally adjusted volumes accelerated in December, with a 5.5 percent month-on-month gain.