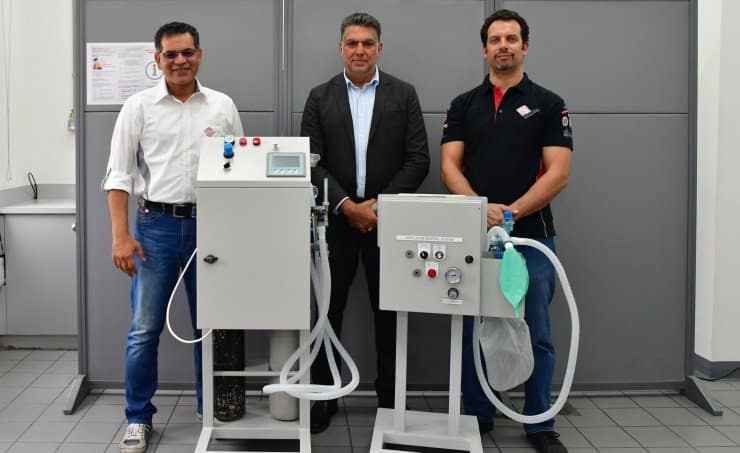 The device has been designed by BIC engineers in cooperation with the Respiratory Therapy Department, Medical Equipment Department and Intensive Care doctors at Salmaniya Medical Complex (SMC), to facilitate the recovery of non-critical cases.

The first 100 devices, which were designed in just under two weeks following a directive from HRH the Crown Prince, are already in production. BIC has designed two different devices, both of which meet the criteria set out by SMC. The first machine was created by design team lead and BIC mechanical engineer, Kamel Al-Taan, with the creation of the second machine led by Tareq AlTajer.

The team behind the design will make the blueprint designs freely available to organisations around the world seeking to develop similar solutions.

“At a time of global crisis, we have been seeking ways in which the BIC can support the fight against COVID-19. BIC engineers have met that challenge by designing a ventilator system specifically to support those suffering from COVID-19. As this is a global effort, we are happy to make these designs available to other organisations around the world who are seeking to develop similar solutions.”