LuLu Hypermarket has so far rewarded 1600...
Sports This WeekBahrain International Trophy to be shown Live in 123 countries; Broadcasters include Fox Sports, ESPN, and SuperSport

Bahrain International Trophy to be shown Live in 123 countries; Broadcasters include Fox Sports, ESPN, and SuperSport 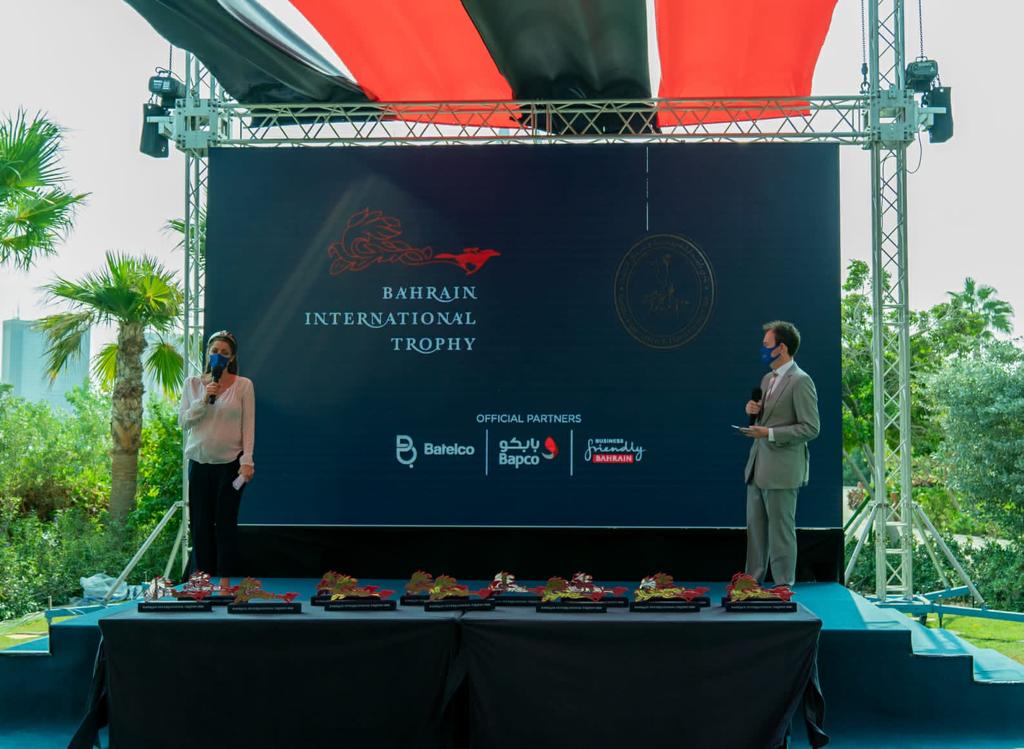 The Bahrain International Trophy – the showpiece international horserace in the Kingdom – will enjoy worldwide television exposure on Friday.

The £500,000 contest has attracted 14 runners from five countries including five Group 1 winners headlined by 2019 Irish Derby hero Sovereign and Japanese super mare Deirdre. The race, which also sees a strong local contingent, is due off at 4pm local time (1pm GMT) on Friday.

Racecourse Media Group (RMG), working with the Rashid Equestrian and Horseracing Club (REHC) in Bahrain, has secured widespread global coverage of the event, headlined by Fox Sports in the US, ESPN in Latin America and Caribbean, and SuperSport in Africa. RMG is also delighted to be working with Bahrain TV in co-producing the live one-hour world feed programme

In addition to ESPN, the Caribbean will be served by SportsMax and viewers in South Africa can watch the race via Tellytrack. Seventeen countries in the Middle East and North Africa will have access to the race through the Dubai Racing Channel and Bahrain TV, while the Green Channel will show a recording of the one-hour programme to its Japanese audience.

Live coverage will be taken by RMG’s TV channel, Racing TV, and Sky Sports Racing, in the UK and Ireland, while ITV, the UK’s biggest commercial broadcast, will feature the race in its Saturday programming.

Other broadcasters taking live coverage in Europe include Sport Deutschland (Germany) and SilkNet (Georgia), while Equidia (France) and TV12 (Sweden) will feature the best of the action. Racing.com and Sky Thoroughbred Central will be showcasing the racing in Australia.

Executive Director at the Rashid Equestrian & Horseracing Club, Sheikh Salman bin Rashid Al Khalifa, said: “The Bahrain International Trophy, in only its second year, has attracted some of the biggest broadcasters in the world, including the likes of Fox Sports, ESPN and SuperSport, who are taking the race-day for the first time. We are delighted with the international interest, generated by our media partners, Racecourse Media Group.” Seb Vance, Director of Communications and International TV Distribution, said: “We are honoured to be working with the Rashid Equestrian and Horseracing Club again and absolutely delighted with the international interest from broadcasters. The race looks like being a fantastic contest and racing in Bahrain is clearly resonating around the world.”