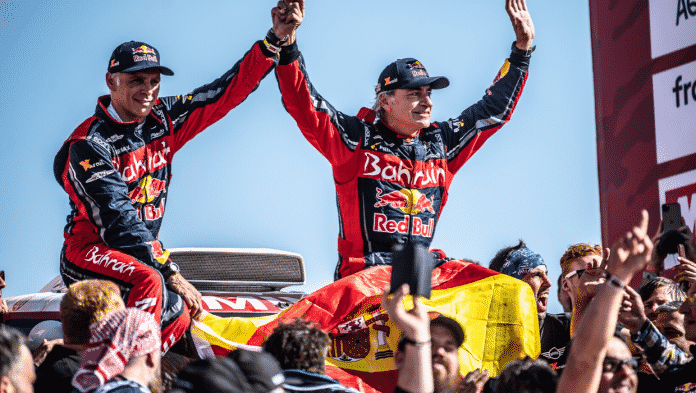 Bahrain has a long history of support for the motorsports industry. Bahrain hosted the region’s first ever Grand Prix in 2004. The 2020 edition of the rally marks
another motorsport milestone for the Middle East. Saudi Arabia becoming the first country in the region to play host to the challenge. Gaining the right to hold it for the next five years.

Dakar marks a significant moment for the whole of the Middle East. Saudi Arabia creating major sporting opportunities and bringing substantial global attention to the region. The rally began in the Red Sea port city of Jeddah. It concluded in the capital, Riyadh, covering 7,500 kilometres over 13 days. The route passed through some of the most historical and culturally significant locations in Saudi Arabia. This includes the UNESCO World Heritage site of Al Ula. The Bahrain-sponsored X-raid team won in their first ever self-developed and constructed Mini John Cooper Works and Mini John Cooper Works Buggy.

Sheikh Abdulla bin Isa Al Khalifa, President of Bahrain’s Motor Federation, said. “This year’s Dakar Rally victory is a great source of pride for Bahrain. We watched our talented team Carlos Sainz and Stephane Peterhansel rack up repeated stage wins to claim overall victory. As the X-Raid team sponsor, we congratulate Carlos and Stephane on their monumental victory. We wish them every success in their endeavours for the rest of 2020. And from one Kingdom to another, we must also thank our neighbours Saudi Arabia for their successful hosting of this year’s rally across 7,500km of truly unforgettable landscapes.”

INJAZ Bahrain has recently conducted the 12th edition of Young Entrepreneurs Competition that witnessed student entrepreneurs from around the Kingdom competing to obtain the...
Read more
iGA