There is no doubt that social media...

The Bahrain Tournament for Falcon and Hunting... 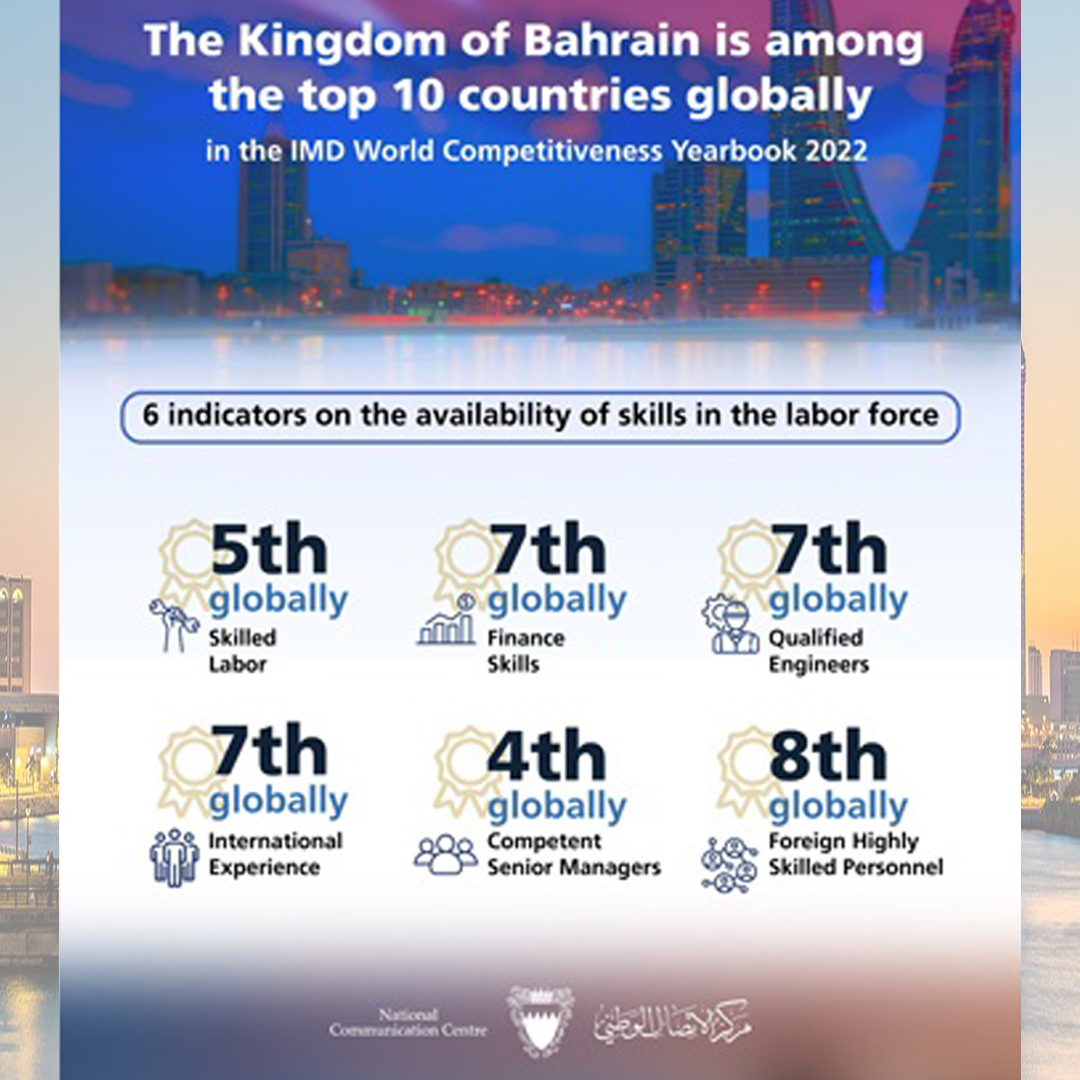 Bahrain’s inclusion in the Yearbook is a testament to the Kingdom’s commitment to fostering a competitive environment necessary for prosperous lives and a thriving business environment.

The country rankings rely on hard data as well as an executive opinion survey that was disseminated to mid-top-level managements in the private sector.

The Kingdom was ranked among the top 10 countries globally in 56 indicators in different areas, including skills of the labor force, gender equality and safety and social harmony.

The results indicated that Bahrain has a competitively skilled labour force. As such, Bahrain ranked fourth in having competent senior managers, fifth in Skilled Labor, seventh in Finance Skills, seventh in qualified engineers, seventh in international experience, and eighth in Foreign Highly Skilled Personnel.

Bahrain’s social cohesion has ranked eighth globally, reflecting a harmonized society for both Bahrainis and residents. The Kingdom came in first globally in the homicide indicator reflecting the lowest rates of intentional homicide.

The Kingdom has also achieved high rankings in indicators related to gender equality, reflecting the significant role women play in the workforce. The Kingdom ranked third globally in the share of women in management positions and share of women with degrees.

A third of the data used in the World Competitiveness Yearbook was collected via a perception-based survey completed by mid-high-level managers in the private sector.

The Executive Opinion Survey uncovered what is characterized as Bahrain’s top factors of attractiveness.

A business-friendly environment, skilled workforce, reliable infrastructure, open and positive attitudes, and the competency of the government were the top five factors that make Bahrain an attractive environment for businesses and individuals alike.