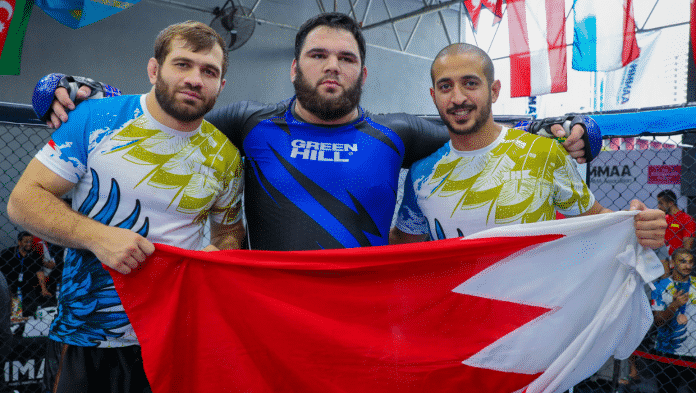 Bahrain MMA National Team wins over the continental competition in May

As the clock starts ticking for the IMMAF World Championships of 2019, set to take place once again in Bahrain, the National Team has been preparing with several continental victories. The latest came in the form of a first-place team win at the African Championships, held in Johannesburg, between May 22nd and May 25th.

Bahrain won over the hosts South Africa, beating them with four golds, two bronzes and one silver medals, which meant Bahrain topped the charts of the African Open. The winners were Mansur Magomedov (Flyweight), Hamza Zrira (Bantamweight), Magomed Gadzhiiasulov (Light Heavyweight) and Shamil Gaziev (Heavyweight). The number of medals in different weight classes is a testament of the work that has been done by the Bahrain MMA Federation of investing in the lighter divisions as well as in the heavier athletes.

The positive outcome at the Africa Open was the following of yet another major result by the Bahrain National team at the beginning of last month, when the fighters were able to win 13 medals in total, with five golds, one silver and seven bronzes at the Asian Open Championship.

“This extraordinary accomplishment cements our efforts to achieve the vision we have drawn up for the Bahraini MMA sport at the continental and international levels. This achievement hasn’t come out of the blue, it arrived thanks to the efforts we exerted to this point,” he said.