The Information & eGovernment Authority has planned... 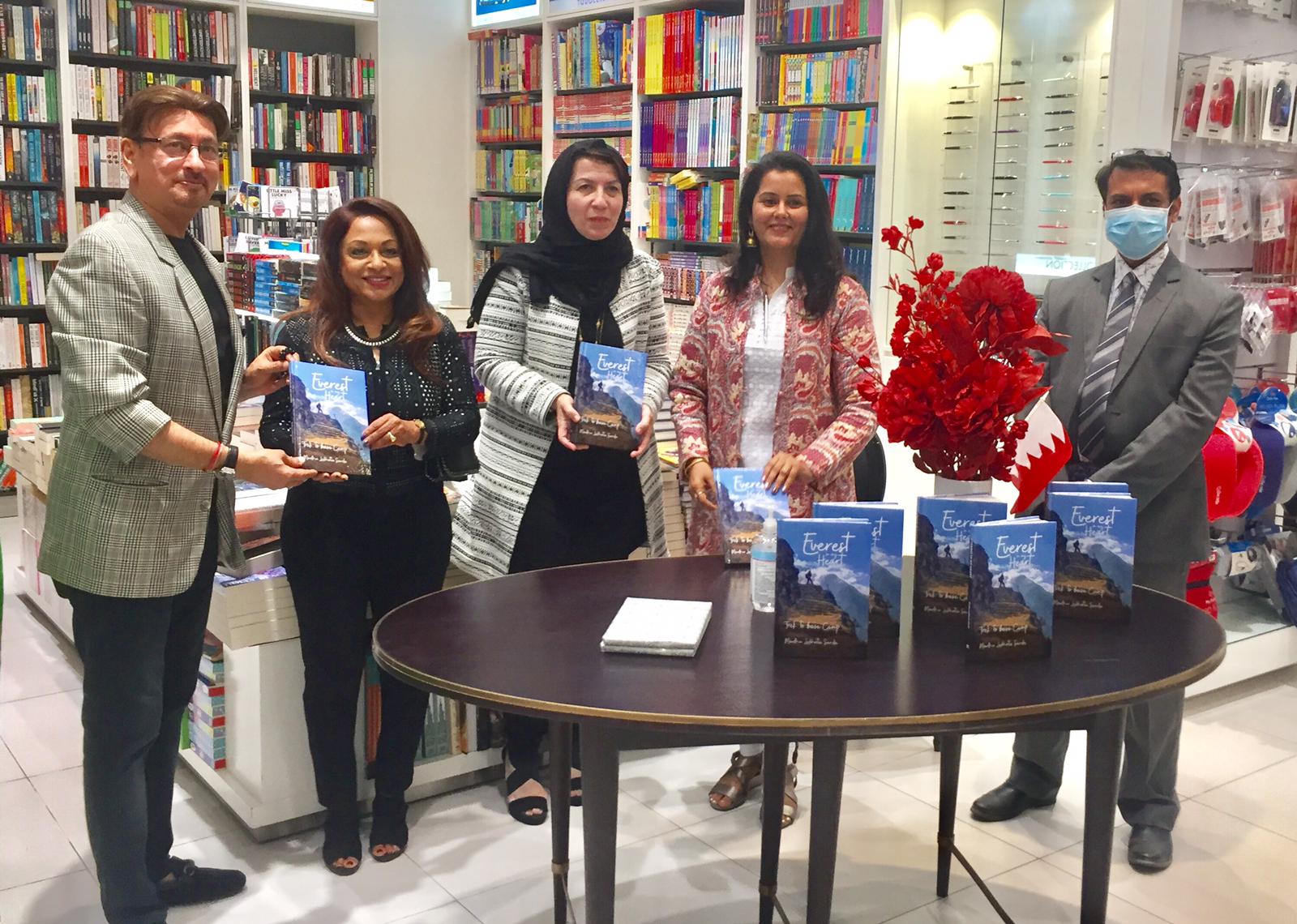 Bahrain resident Madhu Sarda yesterday launched her debut book ‘Everest In My Heart’, an account of her adventurous and gruelling climb to the Everest Base Camp as the only lady in Michelin Chef Vineet Bhatia’s team. The charity climb was undertaken in 2018 and was the first mountaineering adventure for Madhu. The book was launched officially by journalist and Salaam Bahrain editor, Meera Ravi who presented the first copy to the First Secretary of the Nepal Embassy, Mr. Damodar Dahal ). Other dignitaries who also received the books from the author were media personality and Alrawi books co-founder Hala Sulaiman and the Honorary Chairman of the Bahrain India Society, Raj Damani and his wife Shubha.

“Although from Nepal, I had not dreamed of climbing Mount Everest before I came to Bahrain and this difficult trip has whetted my appetite for more mountaineering,” Ms. Madhu Sarda told a select audience at the book launch at Jashanmal’s bookstore in City Centre, “I am now training to launch a series of climbing journeys of the seven tallest summits in the seven continents”