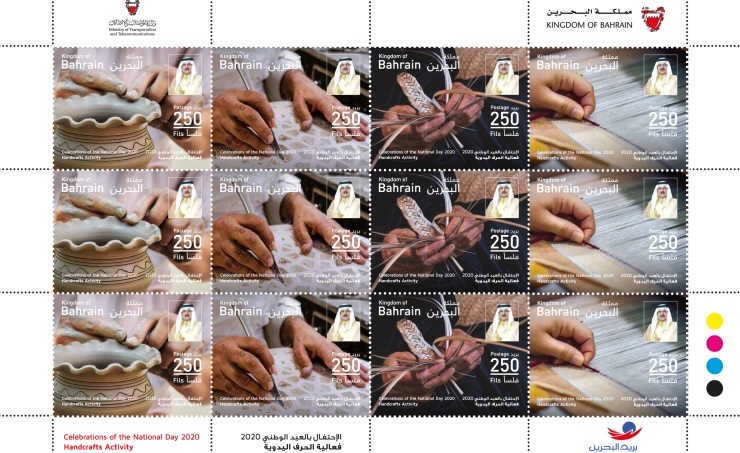 The Bahrain Post at the Ministry of Tranportation issued a commemorative set of four stamps featuring a portrait of His Majesty King Hamad bin Isa Al-Khalifa, marking Bahrain’s National Days in commemoration of the establishment of the modern Bahraini state as an Arab and Muslim country founded by Ahmed Al Fateh in 1783, the anniversary of its full membership in the United Nations, and the anniversary of His Majesty the King’s accession to the throne.

The set, which illustrates some local traditional handicrafts, was designed in cooperation with the Bahrain Authority of  Culture and Antiquities (BACA) to highlight the Kingdom’s cultural heritage, deep-rooted history and civilization and conserve handicrafts.

The commemorative stamps will be available in denomination of 250 fils at all Bahrain Post branches.