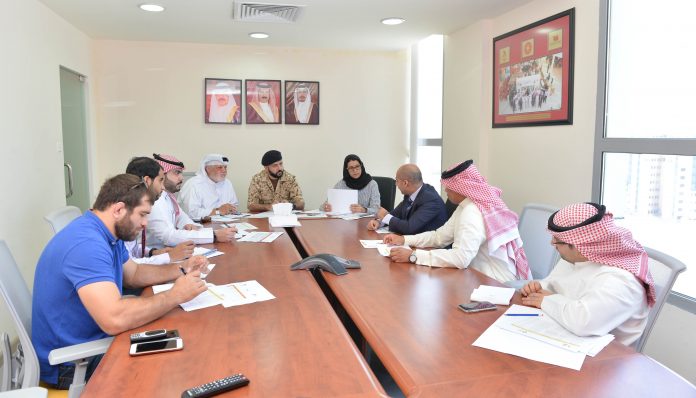 Bahrain’s administrative team to the 18th Asian Games has continued its series of meetings with national sports federations that will compete at the event, to be held in Jakarta and Palemgang.

The administrators had a follow up meeting with the federations representatives at the Bahrain Olympic Committee offices in Seef ahead of their trip to the South-Eastern nation.

Bahrain Olympic Committee board member and delegation manager Bader Nasser and his deputy Ali Yasine attended a meeting with representatives of the sports federations taking part.

The federations’ representatives were presented with brief information on the games rules and regulations as well as competition schedule, departure and return flights schedule, in addition to technical meetings of each sport.

On their part, the federations members presented their respective squads members lists to the administrative team as well as their needs and other requirements.

Organized in Jakarta for the second time, will run from August 18 to September2, the games will see 45 National Olympic Committees represented by more than 10,000 athletes and team officials.