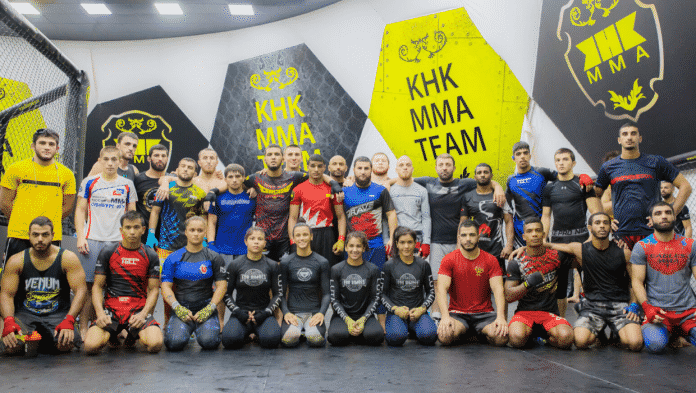 Through the tireless work of His Highness Shaikh Khalid bin Hamad Al Khalifa and everyone associated with KHK MMA and the Bahrain National MMA Team, the Kingdom has risen to the number one spot in the world of mixed martial arts during 2019. And the team will defend its top position in home soil, as Bahrain will be the hosts of the BRAVE International Combat Week, Asia’s largest mixed martial arts festival, from November 10th to November 16th.

More than 500 athletes from 50+ countries will descend upon the Kingdom of Bahrain to take part in the IMMAF World Championships, described as the Olympics of mixed martial arts. Aside from that, the BRAVE International Combat Week will also promote BRAVE CF 29, the return of Bahrain’s premier sports organization to its home, for a groundbreaking event that will take place on November 15th.

In total, Team Bahrain will have 22 athletes in the Senior divisions, and six in the Juniors. Several medalists from last year will try to repeat and better themselves to push Bahrain towards the maintenance of the number-one ranking.

Pasha Kharkhachaev will lead Team Bahrain at the Super Heavyweight division, with the reigning amateur world champion looking to make it double gold and cement himself as the best amateur athlete in the world, pound for pound. He will be accompanied by the likes of Abdulla Mubarak, Isa Alameeri, Abdulrahman Alhasan, Abdulla Yaqoob, among other stars of tomorrow that will look to give Team Bahrain the edge necessary to maintain top spot.

For BRAVE CF 29, Bahrain will have two representatives in a historical fight card, with 15 bouts and 18 nations represented. Bantamweight contender, Hamza “The Pride of Bahrain” Kooheji meets Argentina’s Nahuel Gandolfi while Hussain “Iron” Ayyad will look to extend his win streak against Matis Zaharovs, from Latvia.

Held under the patronage of the Minister of Industry, Commerce and Tourism, H.E. Mr. Zayed bin Rashid Al Zayani, and in the presence of...
Read more
Update

The British Council, in cooperation with the Science and Innovation Network (SIN) in the UK, recently hosted a seminar titled “waste-to-energy (WtE) conversion” discussing...
Read more

Batelco, the leading digital solutions provider in Bahrain has announced the establishment of “Global Zone Kuwait”, which will offer an ecosystem platform to further...
Read more
Inside Bahrain

The Ministry of Health announced that all travellers arriving into Bahrain International Airport from 12:00 am on Tuesday, July 21st, 2020, will be required...
Management Principles

INJAZ Bahrain has successfully concluded this year’s version of its annual Young Entrepreneurs competition, which was held online for the first time ever on...
Tech