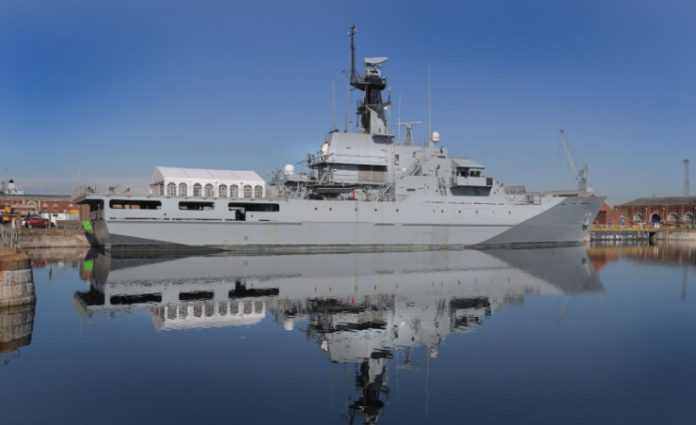 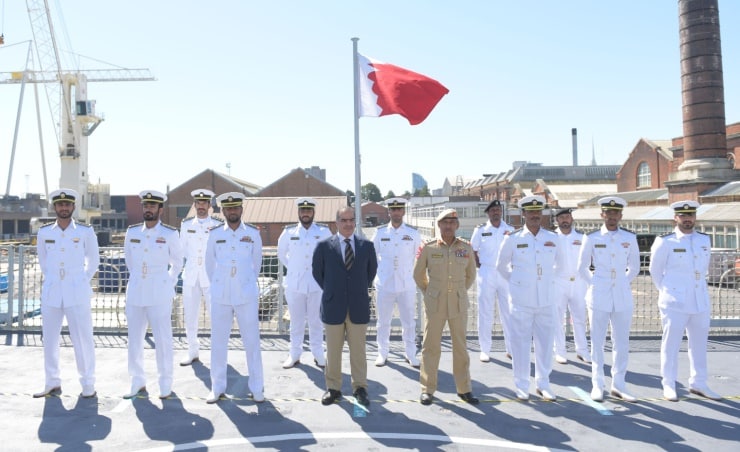 The handover ceremony was held at the HMNB Portsmouth Naval Base in the UK, in the presence of the Bahraini Ambassador to the UK, Shaikh Fawaz bin Mohammed Al Khalifa, the Military Attaché at the Bahraini Embassy in London, Brigadier General Ahmed Mohammed Al-Ruwaie, the vessel’s crew and a representative of BAE Systems Company.

The Royal Bahrain Naval Force (RBNF) has become one of the main pillars of the nation’s strength, due to the progress, development and integration of all its units and systems at various levels, thus embodying the sound visions of His Majesty King Hamad bin Isa Al Khalifa, the Supreme Commander, in this regard.

With its modern combat warships, sophisticated administrative vessels and advanced transportation and training ships, in addition to the frigate RBNS Sabha, the RBNF revives Bahrain’s ancient rich maritime history, as the country used to have one of the largest naval fleets in the region.

The delivery of the new patrol warship (RBNS Al-Zubara) to RBNF is a source of pride as it carries the name of a region that is dear to every Bahraini citizen.

Al-Zubara, which was established by the Al Khalifa Rulers during their reign over the Qatar Peninsula, was a thriving commercial and economic centre, as well as a beacon of knowledge and culture.

It was an integral part of the territories of the Kingdom of Bahrain as it was the Capital of the Al Khalifa state in the Qatar Peninsula and the islands of Bahrain.

Microsoft is about to release a big Xbox app update for iOS that includes the ability to stream Xbox One games to an iPhone....
Wheels and Gears