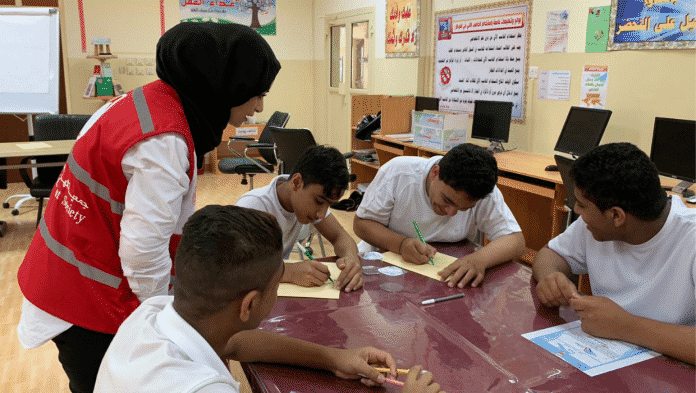 Bahrain Red Crescent Society (BRCS) held an awareness-raising workshop “let’s say No-Tobacco” for intermediate students of Awal Boys School, as part of Society’s social responsibility and its role in contributing to promote public health in the kingdom of Bahrain.

The objective of this workshop was to reduce access to tobacco products amongst youngsters and create awareness in youth regarding the harmful effects of tobacco products and its complications to life of oneself and others. 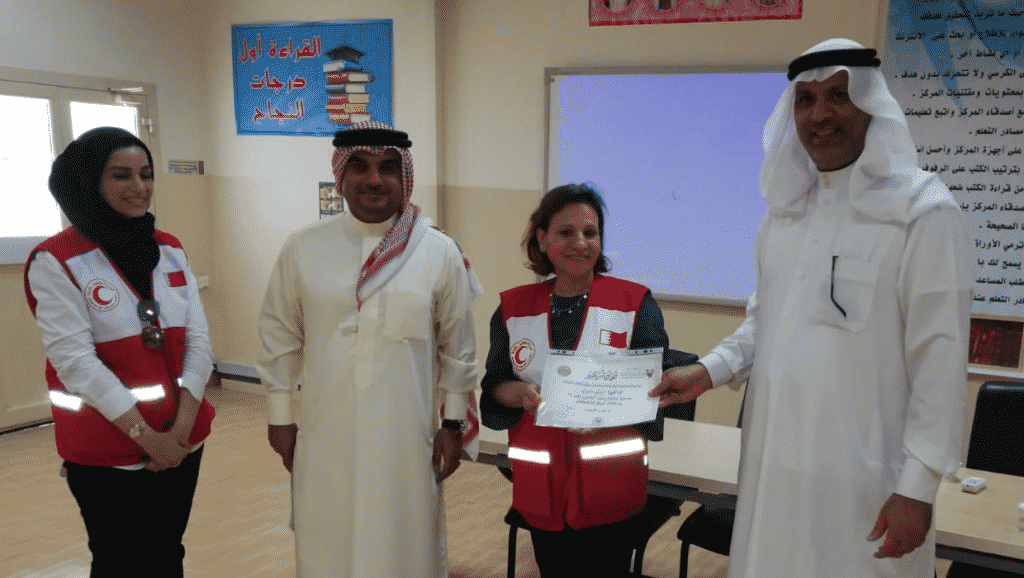 General Director of BRCS Mr. Mubarak Al Hadi noted that this workshop comes within the framework of the Society’s support for the national efforts to combat tobacco products, and the no-tobacco national plan which has been developed by the Ministry of Health recently.

The health awareness committee of BRCS targets teenagers to increase their awareness on the negative impact that tobacco has on them. The teenage is a critical period in the formation of the smoking habit. Globally, smoking is still on the rise among teenagers. The habit of smoking is considered a true drug addiction and is widespread all over the world.

With the current situation at hand & in line with its commitment to protect its employees and the public, the Information & eGovernment Authority...
Tech

The National Taskforce for Combating the Coronavirus (COVID-19) held a press conference highlighting updates on national efforts and strategies to prevent the spread of...
PR This Week

Batelco is pleased to announce the introduction of same-day Home Delivery service starting from Thursday 26-March, to support the community during the current period...
iGA

Huawei offers users an extended warranty on a range of products. This as a precautionary measure based on recent public health and prevention considerations....
Inside Bahrain

In line with the directives of the Government’s Executive Committee, chaired by His Royal Highness Prince Salman bin Hamad Al Khalifa, the Crown Prince,...
Sports This Week