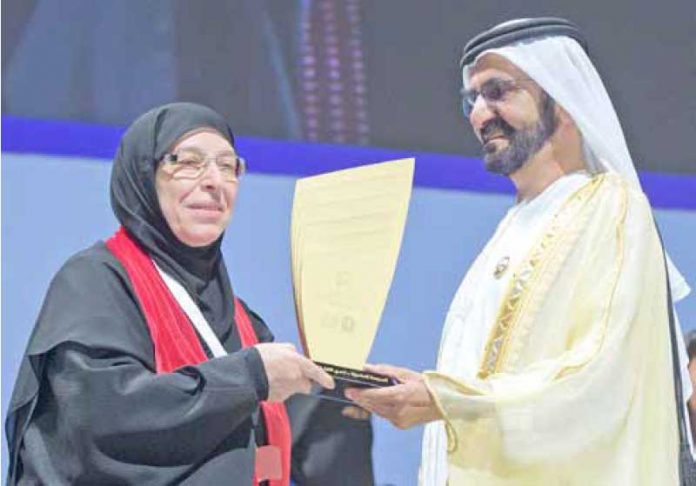 The Arab Reading Challenge qualifications in Bahrain attracted more than 24,000 students representing 258 schools, up from more than 18,000 participants last year.

Following a delegation of schools returned to Bahrain on the 19th October 2017 after taking part in His Highness Shaikh Mohammed bin Rashid Al-Maktoum’s Arab Reading Challenge.

Dr. Al-Nuaimi hailed the dedicated efforts of the minister, public and private schools to compete in the Arab Reading Challenge and honor the Kingdom of Bahrain.

A total 25,000 students from 275 schools took part in the competition on the national level – of whom 3000 managed to achieve the ultimate goal and read 50 books.

Last year, 18,000 from 179 schools competed for contest in Bahrain as part of the first edition of the pan-Arab reading challenge.

He hailed the achievement of Al-Iman Girls’ School which ranked first and claimed the 2017 title in the contest which attracted 41,000 schools from the Arab countries.

On behalf of the ministry’s personnel, public and private schools, students and parents, Dr. Al-Nuaimi, he paid tribute to the wise leadership for their support to the education sector in Bahrain.

Gulf Air, the national carrier of the Kingdom of Bahrain, announces that it has resumed its direct flights to and from Dhaka’s Hazrat Shahjalal...
Read more
Sports This Week