It is interesting to note how food...
CultureInside BahrainBahrain, Serbia share keenness on exchanging experiences in youth, sports 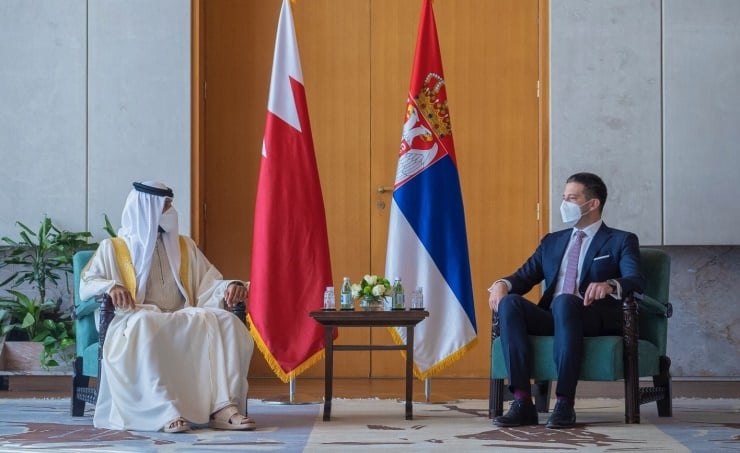 His Highness Shaikh Nasser bin Hamad Al Khalifa, Representative of His Majesty the King for Humanitarian Works and Youth Affairs, has affirmed Bahrain’s keenness to strengthen cooperation in the youth and sports areas with Serbia in light of the care accorded to the youth and sports sectors by His Majesty King Hamad bin Isa Al Khalifa and the prominent role of His Royal Highness Prince Salman bin Hamad Al Khalifa, the Crown Prince and Prime Minister.

HH Shaikh Nasser was speaking during a meeting in Belgrade with Serbia’s Youth and Sports Minister Vanja Udovičić .

HH Shaikh Nasser praised the depth of the relations between the two countries in various fields, including sports and youth, and indicated that Bahrain and Serbia have a distinguished relationship in the vital aspects of youth and sports consolidated by the regular meetings between the two sides, the latest of which was between Youth and Sports Minister Ayman bin Tawfeeq Al Moayad, with his Serbian counterpart.

HH Shaikh Nasser indicated that many joint initiatives will be launched soon through framing the bonds of youth and sports activities, which will contribute to strengthening cooperation, stressing that the two countries will benefit fully through the exchange of expertise and experiences in these two fields.

Udovičić welcomed the official visit of HH Shaikh Nasser to Serbia, praising the strong relationship between the two countries and the growing significance of the youth and sports aspects in light of the remarkable efforts exerted by HH Shaikh Nasser.

The Serbian minister said that Bahrain is witnessing a comprehensive sports and youth revitalization that has accomplished many achievements, which will lead to great benefit through the exchange of expertise and experiences between the two countries in various fields.