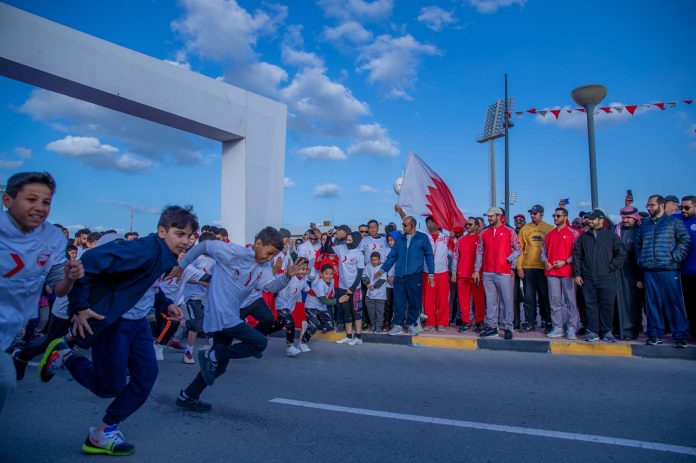 The Kingdom of Bahrain celebrated the fourth edition of the Bahrain Sports Day under the theme “Get Ready… Go!” in the previous week.

The event was organized in line with the edict of His Royal Highness Prime Minister Prince Khalifa bin Salman Al Khalifa to allocate a half workday at ministries and state departments marking the National Sports Day. This is to pave the way for employees to engage in sports activities. 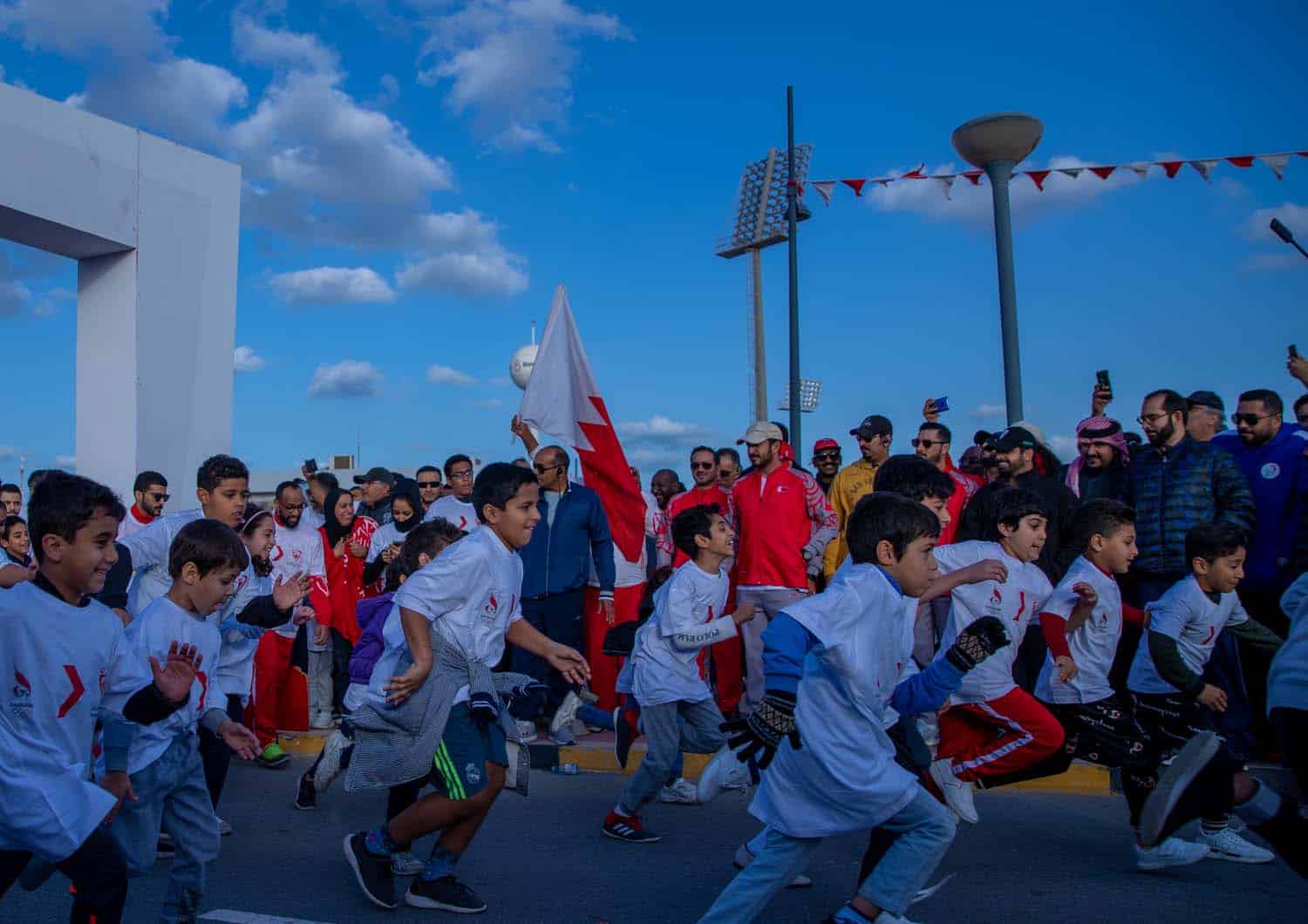 Accordingly, most ministries, state departments, private sector companies, public and private schools, clubs, sports associations and youth centers launched a variety of programs and activities for employees, citizens, and residents throughout the day. In order to achieve the event’s objectives of promoting the ‘sports for all’ concept. And also, raising awareness on the importance of sports for individuals and society.

The high organizing committee, under the supervision of the Bahrain Olympic Committee had organized an action-filled program that featured a variety of activities. It was held at the Sports Village in Isa Town Sports City (National Stadium area). This is the major venue for most events. 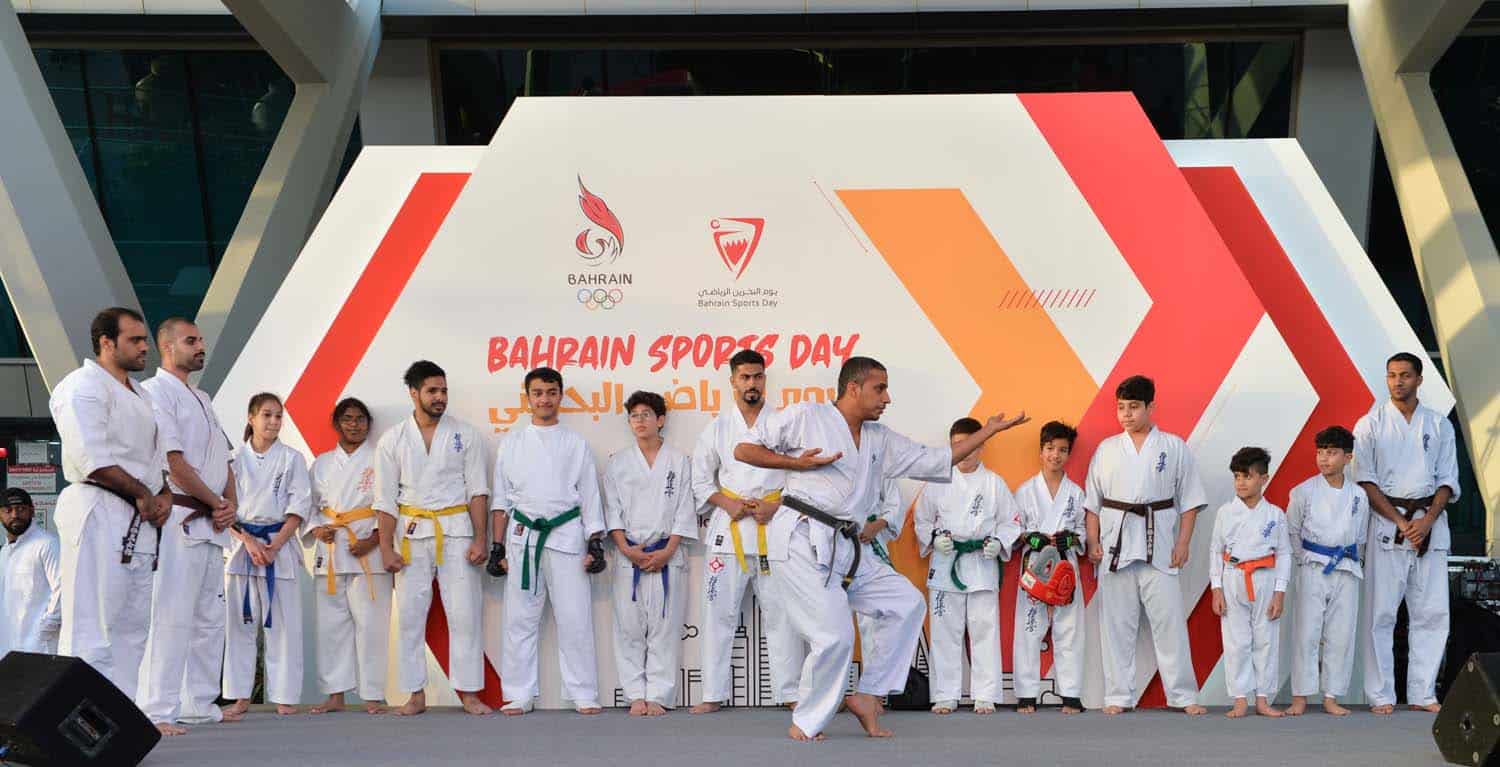 Deputy Prime Minister HRH Shaikh Khalid bin Abdullah Al Khalifa, the Chairman of the Ministerial Committee for Development and Infrastructure Projects inaugurated Busaiteen beach walkway in conjunction with the kingdom’s celebration of Bahrain Sports Day. He said the occasion is considered as an opportunity to remind people of the importance of sport for health. He emphasized keenness on providing an infrastructure guaranteeing a secure and healthy environment for citizens. Encouraging them to take up the sport as a lifestyle.

HH Shaikh Khalid bin Hamad Al Khalifa, First Deputy President of the Supreme Council for Youth and Sports (SCYS), Bahrain Olympic Committee (BOC) President has participated in Bahrain Sports Day activities. “We are happy to mark this day which has the support of HH Shaikh Nasser bin Hamad Al Khalifa, Representative of His Majesty the King for Charity Works and Youth Affairs, National Security Advisor and President of the Supreme Council for Youth and Sports to encourage everyone to exercise sports. Designating a national sports day for the Kingdom of Bahrain represents a real opportunity to break the daily routine. It also serves as a start for those who want to practice sports. Adopt it as a healthy lifestyle. It contributes to reducing the chances of having chronic diseases and gives individuals a healthy body and fitness.”, said HH Shaikh Khalid.

The activities included running for 3 kilometers, in addition to carrying out several exercises. National Guard Commander, General His Highness Shaikh Mohammed bin Isa Al Khalifa stressed the importance of enhancing the level of sport and fitness for the National Guard affiliates. By raising the levels of their internal and external participation in various championships to achieve advanced sports wins locally and internationally. 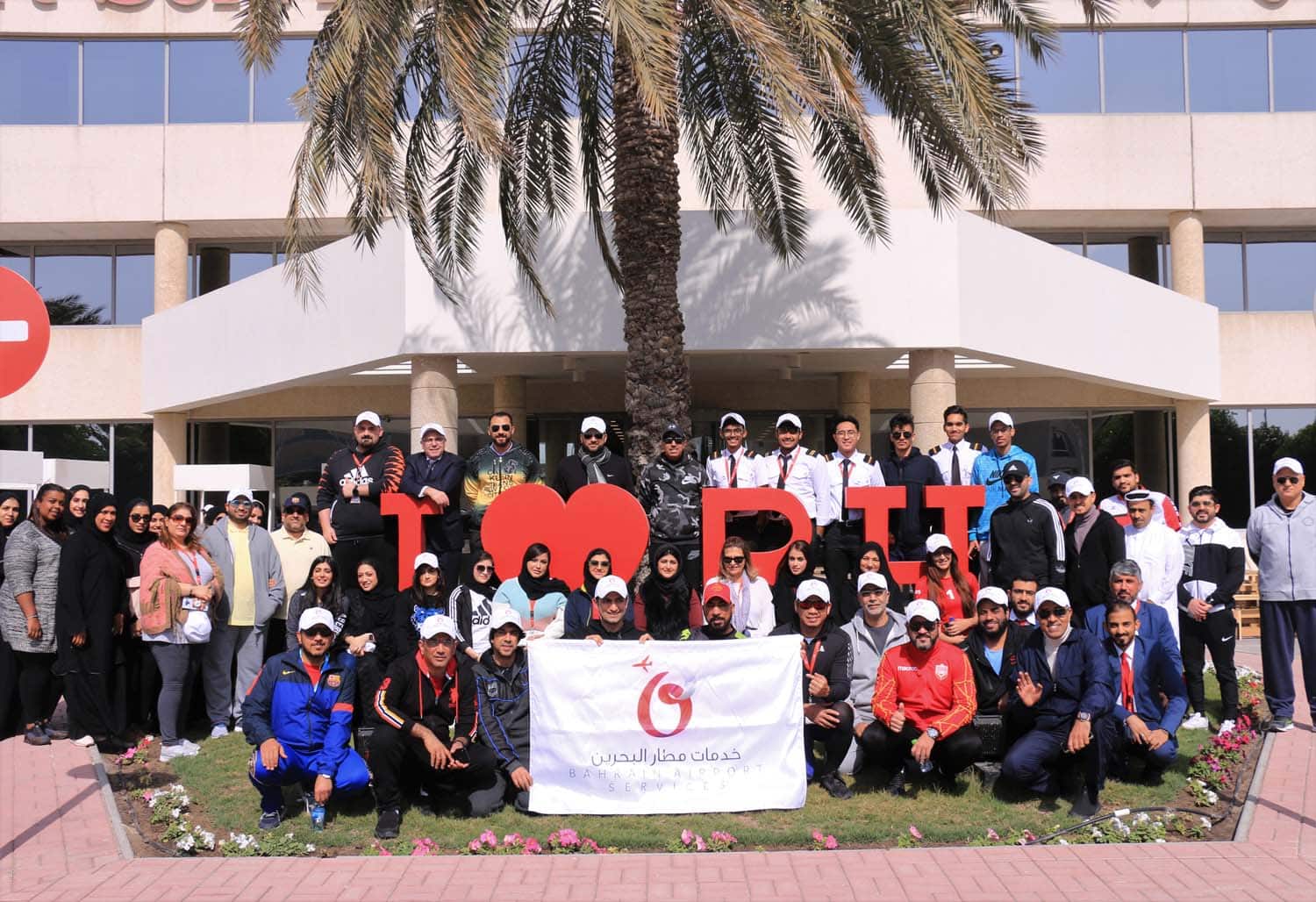 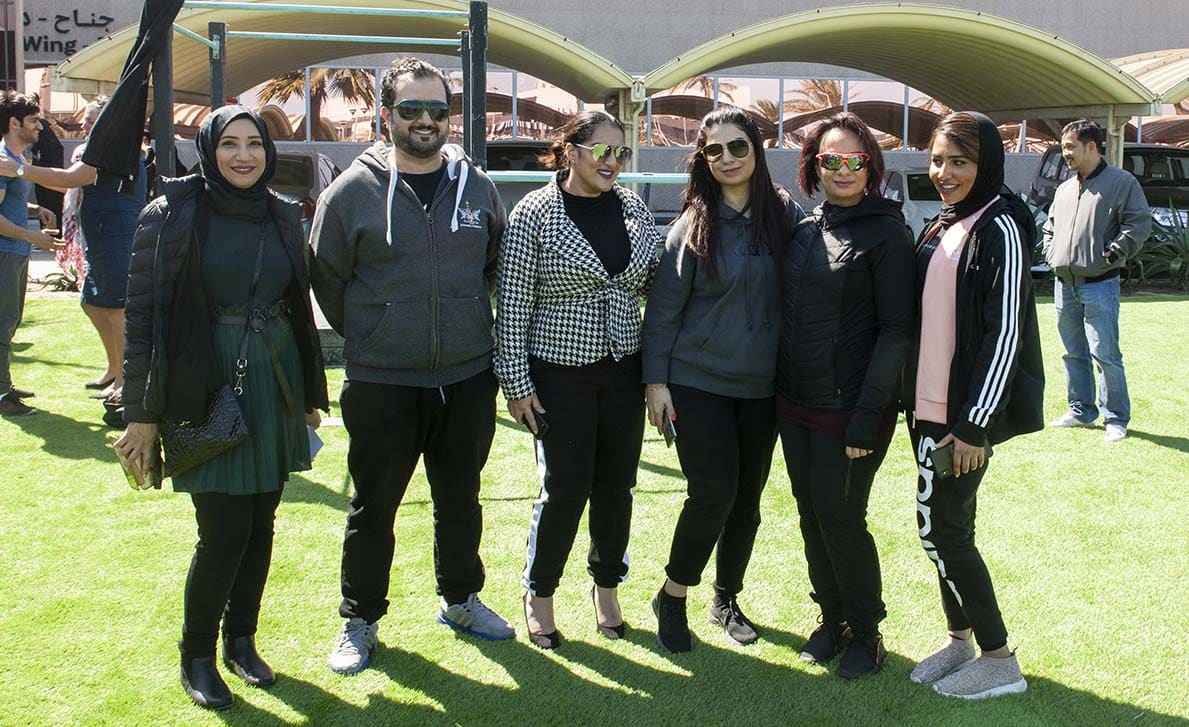 Bahrain’s embassy in the U.S. hosted its annual Bahrain Sports Day, sending a potent message to the local communities about the significance of sports in the Kingdom. Bahrainis are open to sports and athletic exercises as an integral part of their daily routine, the embassy said. 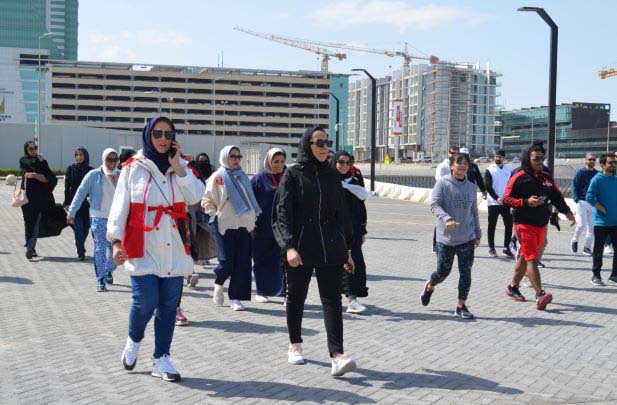 The Ministry of Foreign Affairs organized a sports event at Khalifa Sports City Stadium. The Ministry’s staff, officials, ambassadors and personnel diplomatic missions accredited to the Kingdom of Bahrain participated in the event. Including a number of sports such as tennis, volleyball, bicycle racing, walking, and fitness exercises. 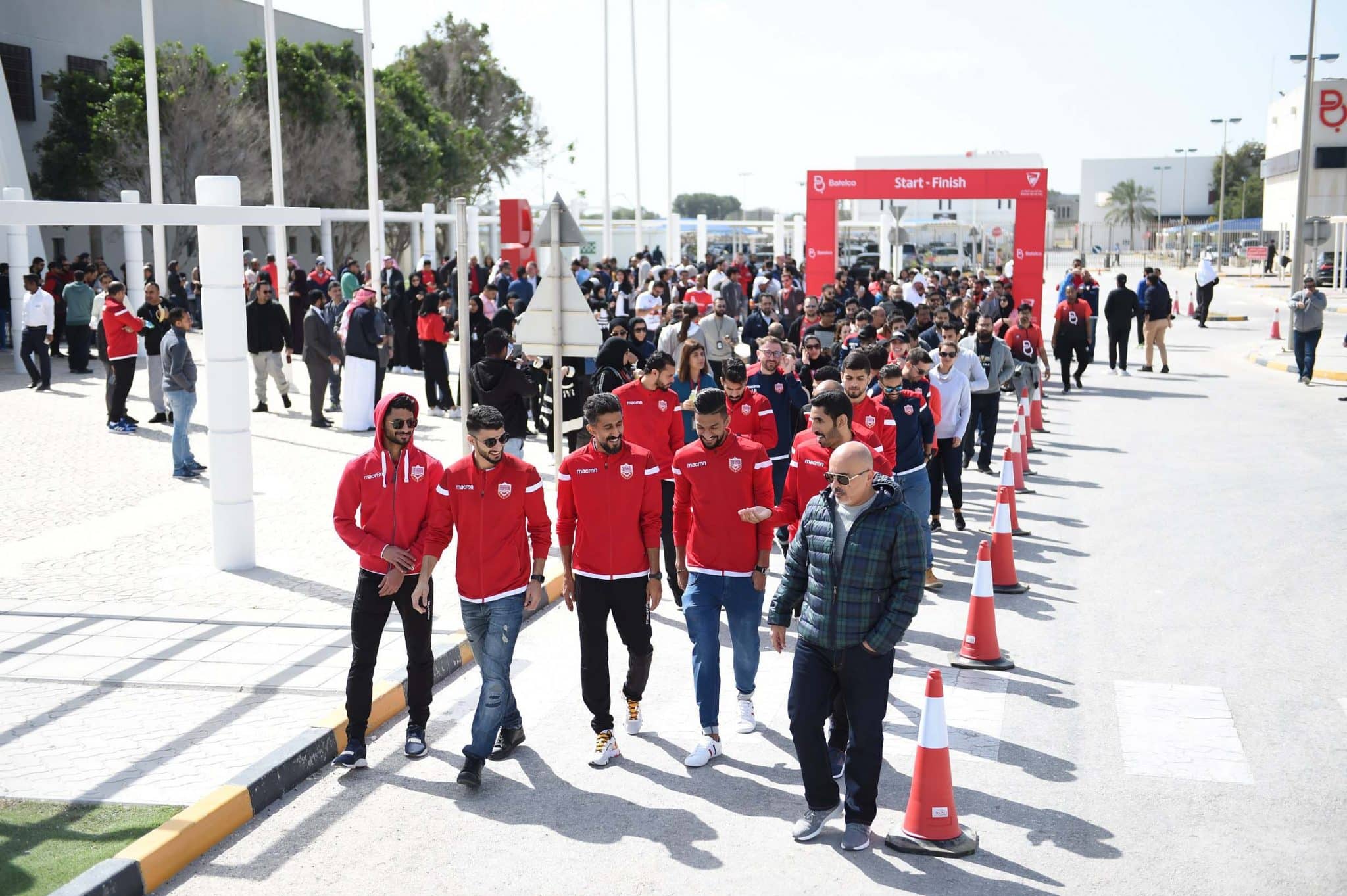 The Ministry of Housing marked the Bahrain Sports Day with a string of sports activities  held at the site of Al-Ramli residential project. Under the patronage of Housing Minister Basem bin Yacoub Al-Hamer, with senior officials and personnel. 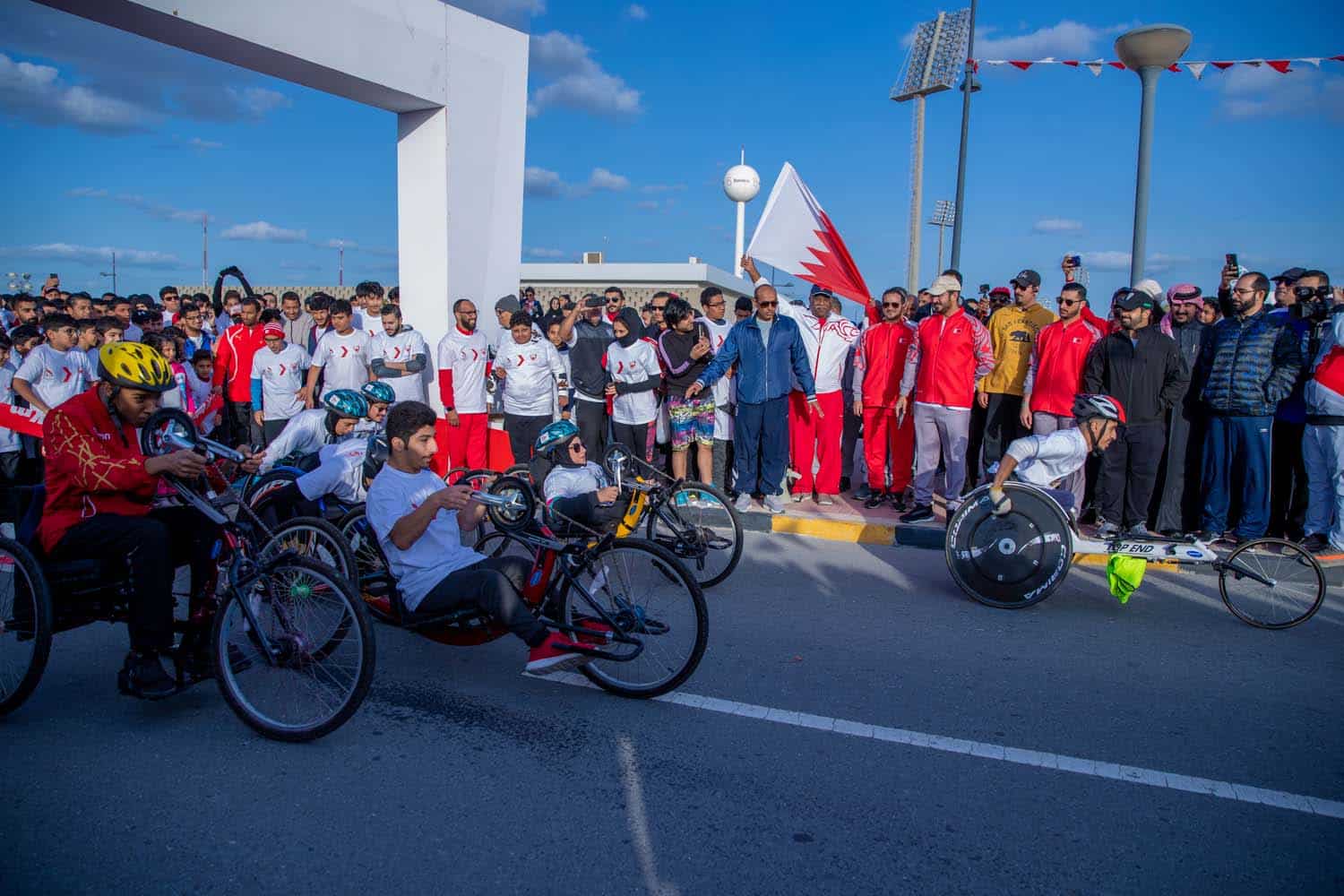 The American University of Bahrain (AUBH), has held its inaugural AUBH Sports Day in line with Bahrain Sports Day. Under the Patronage of His Highness Shaikh Nasser bin Hamad Al Khalifa, the representative of His Majesty the King, for Charity Works and Youth Affairs, National Security Advisor and President Supreme Council for Youth and Sports Affairs (SCYS). 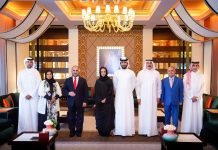 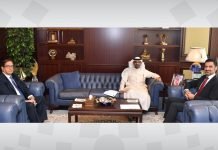 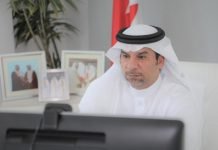