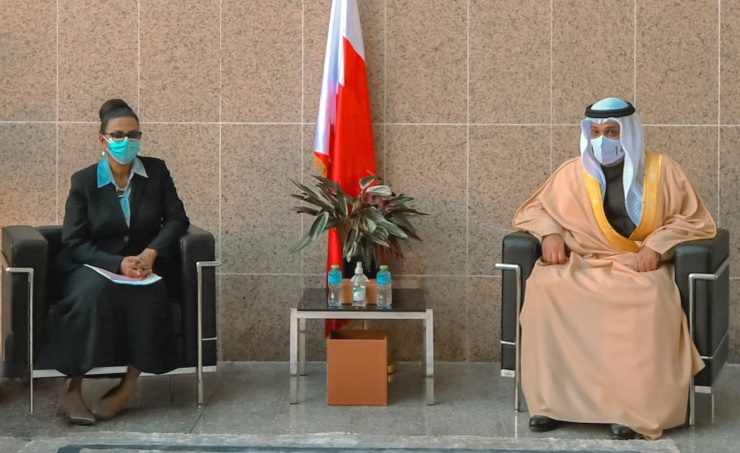 Minister of Finance and National Economy, Shaikh Salman bin Khalifa Al Khalifa, underlined solid fraternal relations between the Kingdom of Bahrain and the Republic of Sudan. He lauded growing cooperation, mainly in the financial and economic fields, to achieve more growth and prosperity. He also affirmed the need to further boost bilateral relations to serve the interests of the two brotherly countries and peoples.

This came during a meeting with Sudanese Minister-Designate for Finance and Economic Planning, Dr. Heba Mohammed Ali. The meeting was held in the presence of Sudanese Ambassador to the Kingdom of Bahrain, HE Ibrahim Mohammed Al Hassan, and ministry officials.

The Minister of Finance and National Economy welcomed the Sudanese Minister and reviewed with her bilateral cooperation and ways of bolstering it. They also discussed global economic development and issues of common interest.

For her part, Dr. Heba Mohammed Ali expressed thanks and respect to the Minister of Finance and National Economy for his keenness on promoting bilateral cooperation in the financial and economic fields.