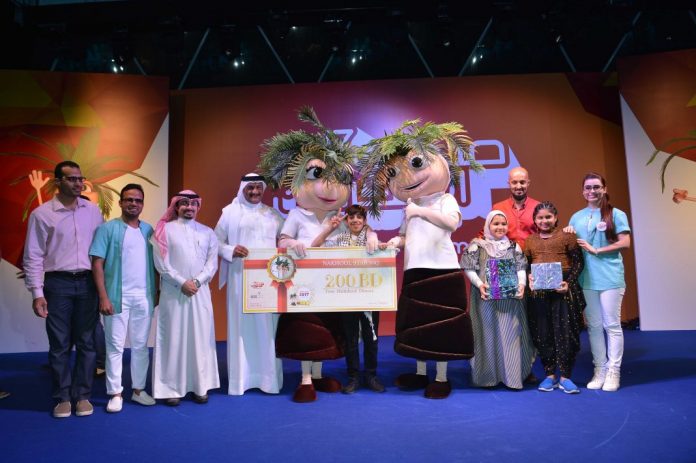 The 2017 Bahrain Summer Festival recently concluded its successful slate of top events and activities on Sunday which drew over 110,000 visitors from Bahrain and abroad over the course of its month-long run.

Organized by the Bahrain Authority for Culture and Antiquities (BACA), the 9th edition of the popular annual festival included live music concerts and theatrical productions at the Cultural Hall headlined by renowned regional and international artists, as well as a full schedule of daily youth-oriented activities at Nakhool Tent next to the Bahrain Fort.

The festival’s live events included a nostalgic tribute to Asmahan by the Umm Kulthum Troupe for Arab Music from Egypt and screening of the Yousef Shaheen’s classic film The Land. Both events were organized in partnership with the Egyptian Embassy.

Winner of the fourth season of Arab Idol Palestinian crooner Yacoub Shaheen made audiences swoon and dance with his brilliant renditions of classic and modern Palestinian and Arab songs.

In conjunction, the Nakhool Tent provided hours of daily activities to large crowds of children and parents that covered a wide range of interests, as well as live performances by the Police Music Band and Mohammed bin Fares Band, as well as traditional dance shows organized in collaboration with the embassies of Yemen, Indonesia, Japan and Sudan.

Over the course of the festival, Nakhool Tent also hosted the annual Nakhool Superstar competition for young artistic talents which was ultimately won by Palestinian Taha Rawwas for his brilliant performances of the traditional Palestinian dabkeh dance.

The festival was part of BACA’s “Our Year of Archaeology” program, a year-long program aimed at highlighting the island’s unique archaeological assets and bolstering its position as a preferred regional cultural tourism destination.