It is interesting to note how food...
CultureInside BahrainBahrain Summer Festival 2022 is back again with its 14th Edition 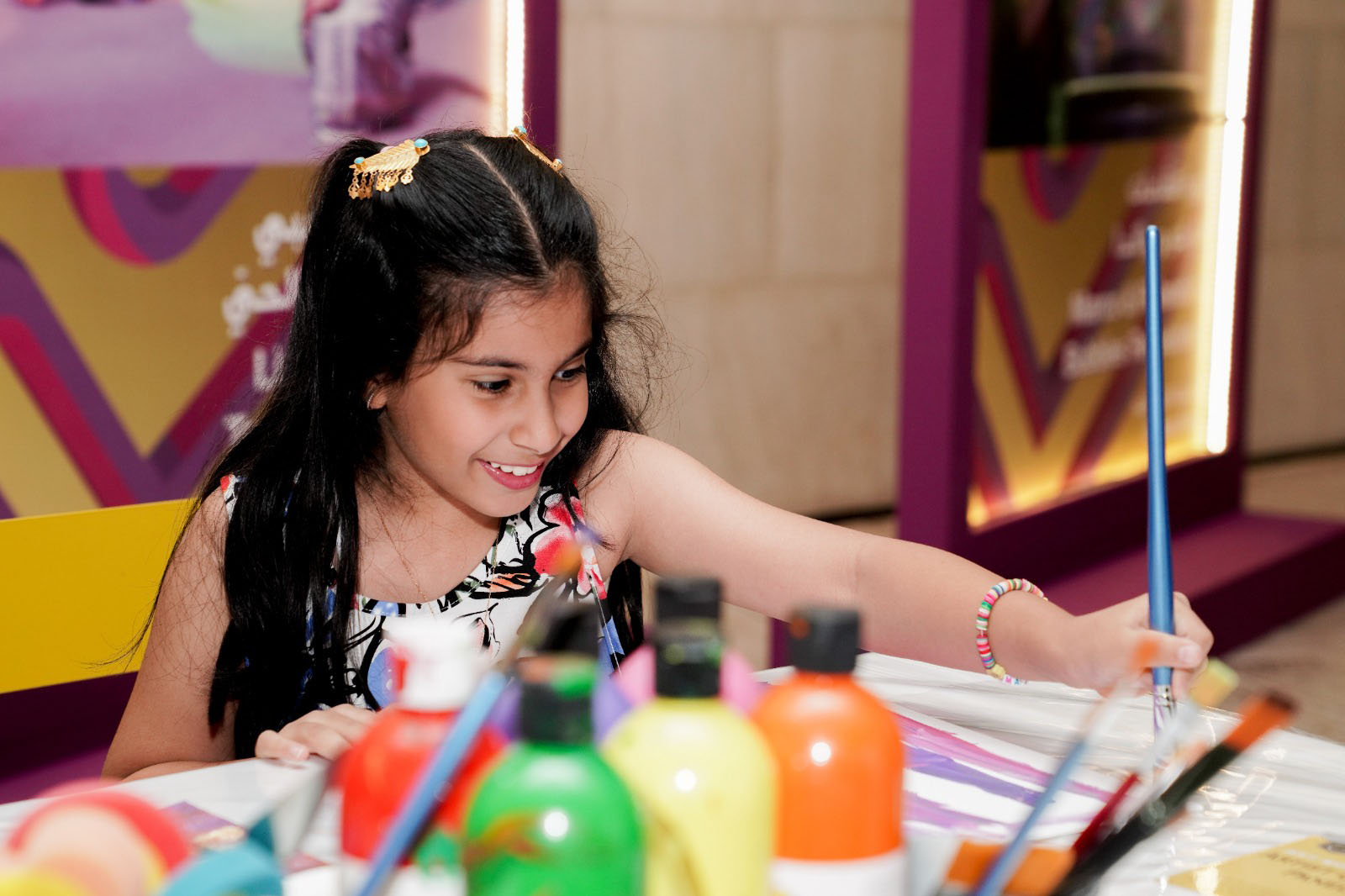 The Bahrain Summer Festival is back again with its 14th edition, which is held this year under the slogan “Golden Edition” to reflect the Bahrain Authority for Culture and Antiquities’ program for 2022 which is “Golden Jubilee”, celebrating Bahraini outstanding achievements.

Therefore, the BACA held a press conference on 19 June, 2022 during which it revealed the program of the 14th  Bahrain Summer Festival that will kick off this coming July.

H.E Shaikha Mai Bint Mohammed Al-Khalifa, President of BACA attended the press conference, alongside representatives of Heritage Commission of the Saudi Ministry of Culture, in addition to several ambassadors, representatives of diplomatic missions to Bahrain, supporters, sponsors of the festival and media professionals.

Speaking for the occasion, H.E Shaikha Mai Bint Mohammed Al Khalifa said: “Here comes again Bahrain Summer Festival! it returns to share our celebration of our golden Jubilee of   Bahraini achievements, as we meet the festival’s audience face to face for the first time in two years.” H.E added: “As usual, the Bahrain summer will be our way of conveying the message that our cultural seasons are sustainable, and it is the culture’s way of creating a space for cultural exchange between the Kingdom of Bahrain and various peoples and countries.”

In addition, H.E has pointed out that the festival has become a unique and successful example of cooperation achieved between various parties to support sustainable cultural activity, as nine embassies, five government agencies and other civil institutions, and dozens of artists and trainers, participated in the festival. H.E thanked the Saudi Heritage Commission of the Saudi Ministry of Culture, which is present throughout the festival, and all the contributors and supporters of the festival this year.

Speaking on behalf of Saudi Ministry of Culture’s Heritage Commission, Ms. Asma Al-Dakhil, Director General of Heritage Content, Events and Awareness Sector expressed her thanks and appreciation to the Bahrain Authority for Culture and Antiquities, and to H.E Shaikha Mai Bint Mohammed Al Khalifa for providing the opportunity to participate in the 14th Bahrain Summer Festival.

Al-Dakhil has also revealed the readiness of the Saudi Heritage Commission to take part in this annual rendezvous, presenting several initiatives, activities, events, and workshops related to the cultural heritage of the Kingdom of Saudi Arabia. The deeply-rooted cultural and historical heritage in the Kingdom of Saudi Arabia will be highlighted during this annual encounter, allowing visitors and attendants to discover and explore the many beautiful cultural aspects that characterize the Saudi cultural scene, Al-Dakhil added. There is no doubt that this major annual cultural encounter would contribute to accelerate and promote cultural exchange between the two kingdoms.

Addressing the press conference, His Excellency the Ambassador of South Korea to the Kingdom of Bahrain, Mr. Hae Kwan stressed the importance of cultural relations between Bahrain and South Korea, thanking the Bahrain Authority for Culture and Antiquities for the constant communication with the Korean Embassy, ​​which resulted in many successful activities over the past years. His Excellency added that it is encouraging and inspiring to celebrate culture through the Bahrain Summer Festival, pointing out to the South Korean strong and significant presence at the festival, displaying authentic traditional dance and music, a mirror that reflects the Korean history and civilization.

Bahrain Authority for Culture and Antiquities presented, during this press conference, a promotional film about the activities and programs of the Bahrain Summer Festival this year. The two young musicians, Jarrah Al-Shaer and Saad Adel, presented various musical pieces that reflected the beauty of oriental and Bahraini music.

Worth to mention that the Bahrain Authority for Culture and Antiquities is organizing the Bahrain Summer Festival in its 14th edition from 11 to 31 July 2022 daily from 5:00 to 9:00 pm in the Bahrain National Museum, the Art Center and the Cultural Hall.

Indeed, the festival features an extensive program of cultural activity that includes a series of workshops, an exciting program of performances and live artistic and entertainment activities on the stage of the Cultural Hall, in addition to a variety of mobile restaurants, the Nakhool Star competition, and many more, so that visitors of all ages have an enjoyable time.

In addition, the Heritage Commission of the Saudi Ministry of Culture will present a number of workshops at the Arts Center that seek to introduce the famous handicrafts in the Kingdom of Saudi Arabia. In addition to other activities such as the Little Explorer Initiative, which seeks to prepare a generation that is aware of the importance of antiquities, protects and celebrates them, and the Noqush Project, which is concerned with reviving the Saudi national heritage represented by rock arts and inscriptions.

In conjunction with the Bahrain Summer Festival, the “Young Artisan” initiative program will be launched in July 2022 at Al Jasra Handicrafts Center. The initiative is concerned with teaching handicrafts and promoting the concept of heritage in support of efforts to revive traditional crafts in Bahrain. Over the course of four weeks and at an average of two days a week, young people between the ages of 7 and 12 will participate in the program consisting of workshops focusing on aspects of Bahraini crafts. These workshops include pottery, the manufacture of wooden boxes, Saf al Khoos (palm tree basket making), and engraving on gypsum, which are among the most important crafts in vogue today.

The Bahrain Festival will kick off on 11 July 2022, at the Cultural Hall that will host a musical piano evening for three rising Bahraini stars in a special show highlighting the local talents. Mohamed Al-Najjar, the winner of several music awards, has performed many shows across the United Kingdom, where he is studying piano and composition, with his latest performances on the Kingdom of Bahrain’s National Theatre stage earlier this year. The Cultural Hall will continue to host another world-famous most outrageous live science show, revamped, and better than ever for three successive days, on 12, 13, and 14 July. With captivating, high-energy experiments at the Cultural Hall, “Brainiac Remixed” Live takes stage for the very first time in the Kingdom of Bahrain. Watch these science adventurers leap with courage and curiosity from the safety of your seats, doing new experiments for all to enjoy!

On 15 July, and in collaboration with the Embassy of the State of Palestine in the Kingdom of Bahrain, Palestine TV’s “Beit Byout” presents a production on “The Little Lantern” based on late Palestinian author Ghassan Kanafani’s story. The play follows a princess whose father, the king, wills she bring the sun to the palace after his death for her to reign in power — the play trails her thrilling journey, leaving a meaningful message behind.

On 16 July 2022, the Culture Hall, in collaboration with the Embassy of the Republic of Korea in the Kingdom of Bahrain, will host the Korean crew “MAKERS” presenting a unique show exploring the main events and features within the contemporary history of Korea, from historical movements to the globally acclaimed K-Pop genre.

On 21 July, in collaboration with the Embassy of the United States of America in the Kingdom of Bahrain, the Missoula Children’s Theatre presents an original musical adaptation of Alice in Wonderland based on Lewis Carroll’s tale. On 17 July, the public certainly enjoy Spanish Flamingo show at the Cultural Hall too. For three successive days, The DaSilva Marionette Circus Troupe from the UK will dazzle the audience by its aerial acrobatics on flying trapeze, spectacular cycling stunts, trampolining, and laugh at the antics of cheeky clowns!

Shows will carry on this time with live Indonesian dance on 25 July; the show is organized in collaboration with the Embassy of the Republic of Indonesia in the Kingdom of Bahrain.  This concert, melodies of the Angklung, a traditional musical instrument made from bamboo that originates from West Java, Indonesia, are mixed beautifully with modern instruments such as the guitar and piano for this performance. On 29, 30 & 31 July “Marco & Rolanda’s BuBBles Revolution” show will be presented.

At the Cultural Hall, Missoula Children’s Theatre will present workshops in Acting, Improvisation and Mime, after which participants will participate in the Alice in Wonderland theater show.  The Bahrain National Museum will also host Conceptual Sketching: Visualizing Dilmun. The Art Center too will offer a series of workshops that will run until the end of the festival, in cooperation with many embassies, private and public commissions and 30 artists and trainers.

Diversified activities during the festival:

Bahrain Summer Festival engages to offer an amazing continuous event all through the festival from 5:00- 9:00 pm, namely the “Storytelling Corner”. Indeed, in collaboration with Isa Cultural Centre, the Saudi Arabia Ministry of Culture (Heritage Commission), and the United Arab Emirates Embassy in the Kingdom of Bahrain, as well as to the various workshops offered at the Art Centre, children will be taken on an exciting journey into different worlds and diverse personalities through storytelling, in addition to a number of enjoyable activities that combine entertainment with knowledge and education! In addition, in collaboration with Watani Magazine – Ministry of Interior, different activities for young children, educating them about many duties towards the country will be offered. The magazine will be distributed during the whole period of the festival. On weekends, and in an environment full of fun and creativity, children will get a colorful Nakhool character face painting or any of their favorite cartoon characters.

The child favorite competition returns this year.  In this edition of the “Nakhool Star” competition, children from 7 to 15 years have the opportunity to display their artistic talents in the fields of music, singing, and/or acting, to win the title of Nakhool Star 2022! To contribute in discovering and developing the talents and creativity of our young stars, the Bahrain Summer Festival holds auditions on the 17th, 18th and 19th of July for all participating children, and a semi-final round on the 27th of July at 5:00 p.m. and 8:00 p.m., and announcing this edition’s Nakhool Star on the 28th of July at 5:00 p.m.. All are welcome to attend and encourage the stars on the stage of the Cultural Hall.

The Bahrain Authority for Culture and Antiquities would like to express its thanks and gratitude to the participants in the Bahrain Summer Festival 2022, starting with the Ministry of Interior, and Watani magazine, as well as the National Human Rights Institution, Isa Cultural Centre, the Saudi Ministry of Culture (Heritage Commission).

BACA extends its thanks also to all the embassies that contributed to enriching the festival program, namely the embassy of the United States of America embassy, the Indonesian embassy, the Korean Republic embassy, the State of Palestine embassy, the United Arab Emirates embassy, Republic of India embassy, Kingdom of Thailand embassy, and the Pakistani embassy. The list of participants include Women’s Training Center for National Industries, Ishara Foundation and Nature Studio Learning Space.

The Culture Authority also thanks the festival’s sponsors: Maestro Musical Equipment and AA Car Rental, in addition to all those who contributed to the success of this year’s Bahrain Summer Festival, including the authority’s cadres and employees, and the artists and creators of workshops and activities.

for more information about  details of the activities of The Bahrain Summer Festival and the dates of their presentation can also be found on the website www.bahrainculture.gov.bh  You can follow the festival’s events and activities through the social media channels at @Nakhoolbah and BACA social media plateforms @cultureBah